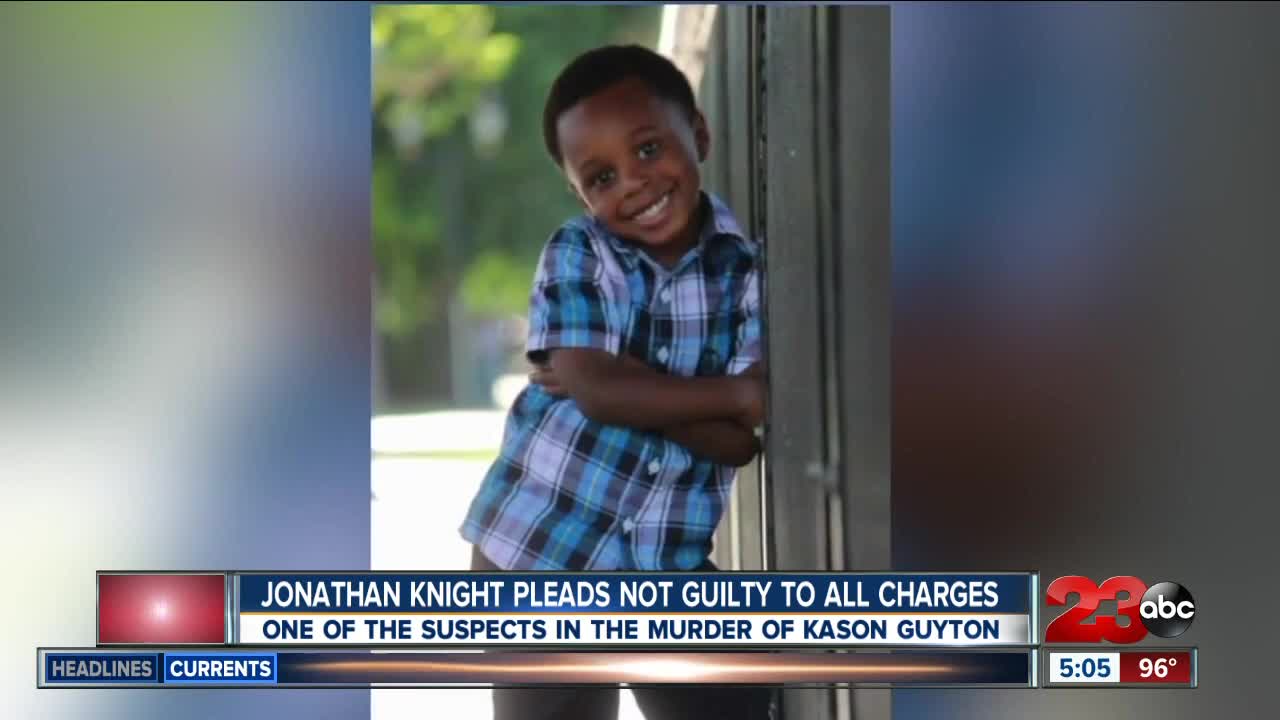 One of the men indicted for the shooting death of a five-year-old boy appeared in court Friday.

BAKERSFIELD, Calif. — One of the men indicted for the shooting death of a five-year-old boy appeared in court Friday. Jonathan Knight made an appearance in court and pleaded not guilty to multiple felony charges.

Knight along with Jeremy King are suspects in the 2017 shooting and killing of 5-year-old Kason Guyton.

Knight is facing 12 felony counts including first-degree murder. Knight is set to be back in court on October 18th for a readiness hearing and his trial is scheduled to start on October 28th.

King remains outstanding and a warrant has been placed for his arrest.