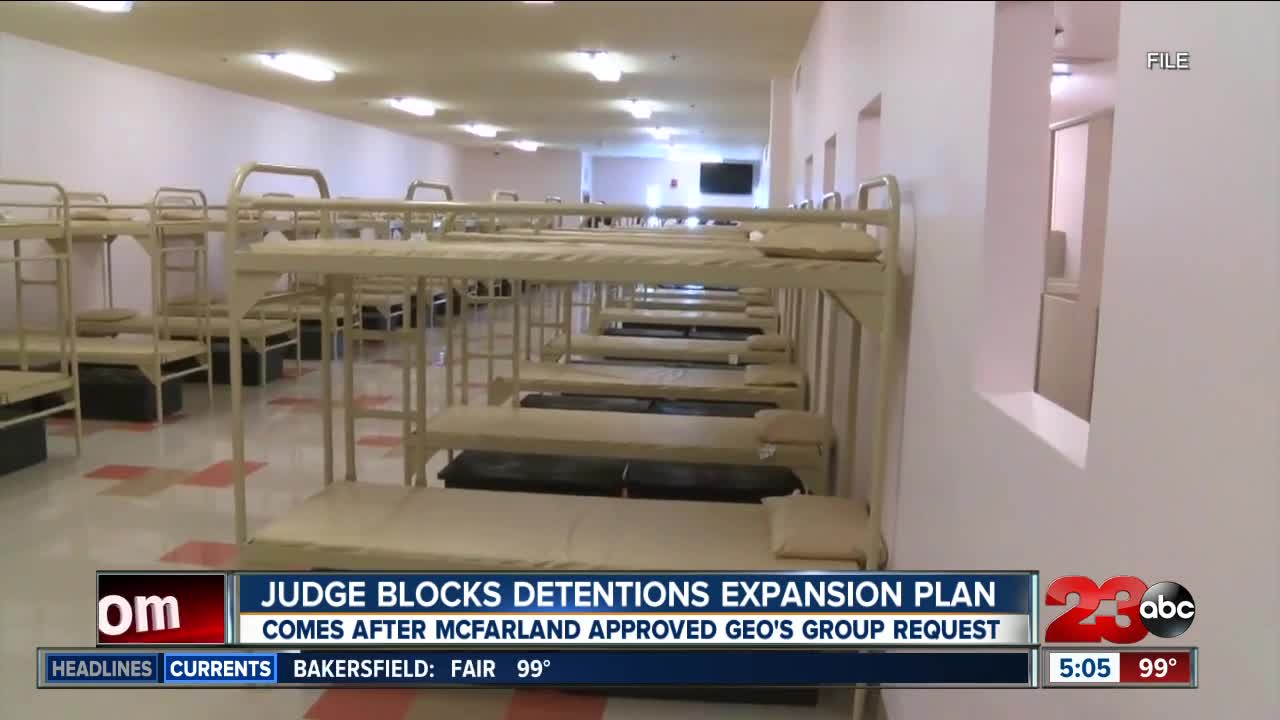 A private prison company's plan to expand immigration detention centers by 350 percent in Kern County has been blocked. 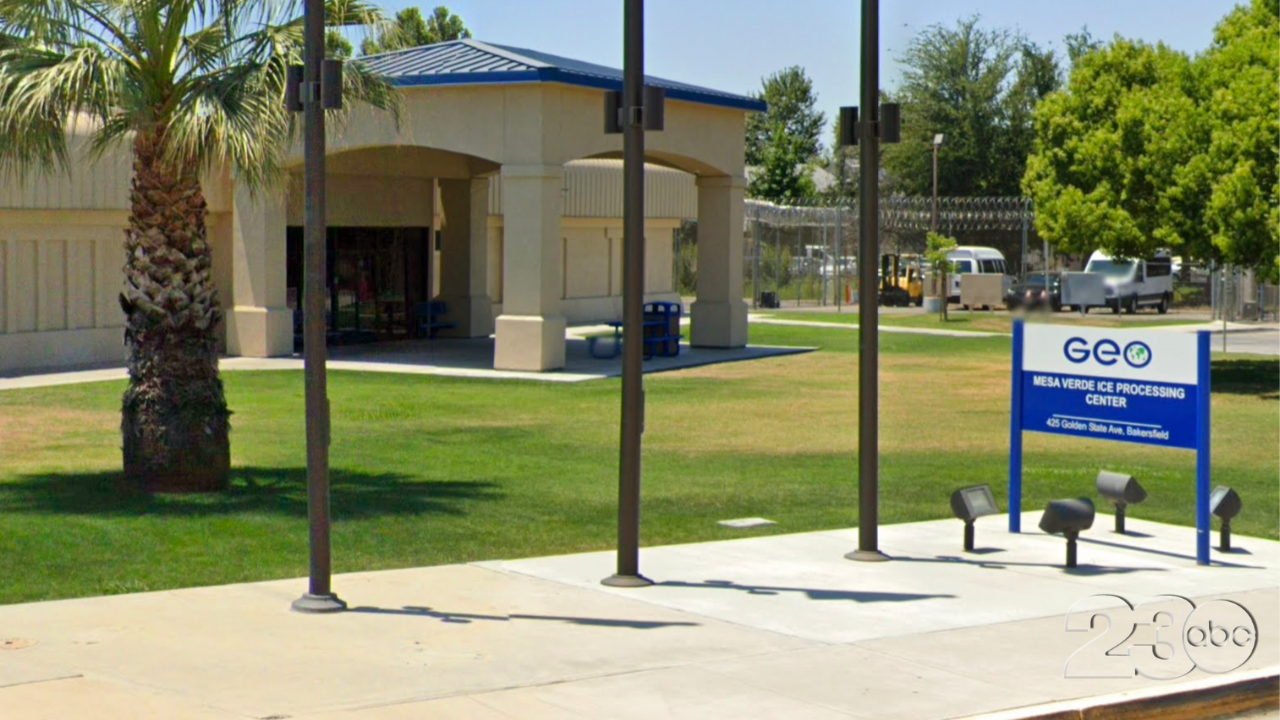 MCFARLAND, Calif. — A private prison company's plan to expand immigration detention centers by 350 percent in Kern County has been blocked.

A federal judge ruled in favor of a preliminary injunction requested by Freedom for Immigrants and the Immigrant Legal Resource Center. This follows the judge's grant of a temporary restraining order on this same matter.

The groups requested the preliminary injunction after the city of McFarland approved the GEO Group's request to convert two 700-bed facilities in Kern County into annexes for the Mesa Verde Ice Processing Center which currently houses up to 400 immigrants in Bakersfield daily.

The Immigrant Legal Resources Center released a statement on this decision: "City officials clearly violated state law, seeking profits over people, cash over compassion. Residents must be given an opportunity to voice their opinion on whether the centers should be brought to their county and they were not afforded that choice."