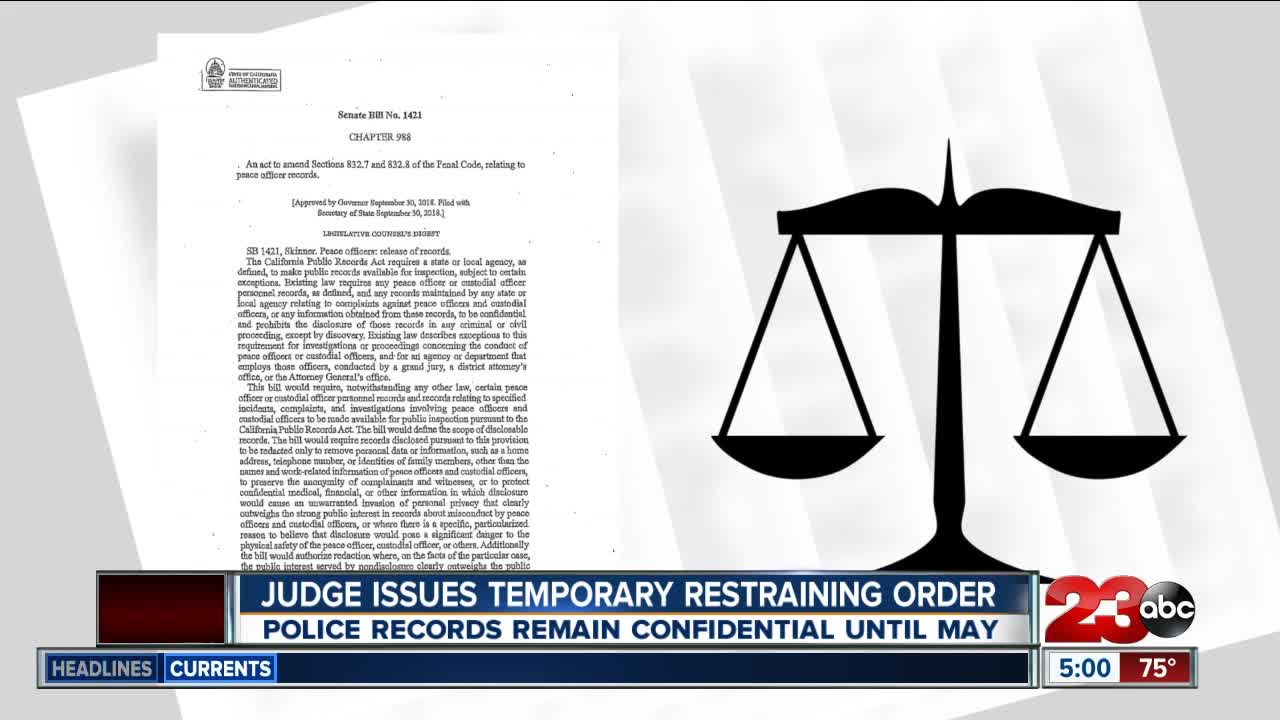 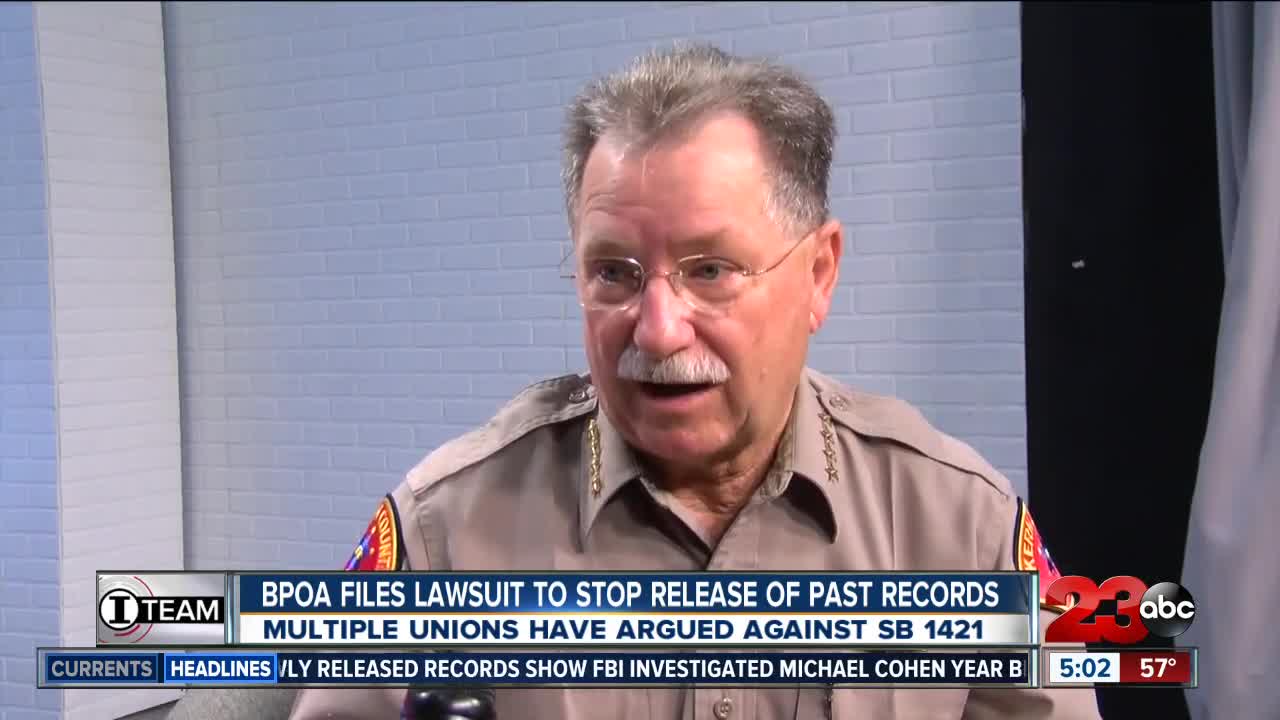 BAKERSFIELD, Calif. — A judge has ordered a temporary restraining order which will prevent the release of retroactive police records.

This comes after the Bakersfield Police Officer Association and other police unions across the state filed claims in an effort to stop the release of specific police records related to Senate Bill 1421.

The initial complaint was filed in response to SB 1421 which was signed into law last September and went into effect at the beginning of the year. The new law requires certain peace officer records be made available for public inspection through the California Public Records Act.

The next hearing in this case is scheduled for May 2.

Senator Skinner who creates Senate Bill 1421 also released this statement in response to today's ruling:
“Several other courts have initially imposed preliminary injunctions on the new law. However, once they’ve had hearings on the merits of the bill, they’ve chosen to follow the provisions of the law. Those provisions clearly call for the release of records predating 2019.”