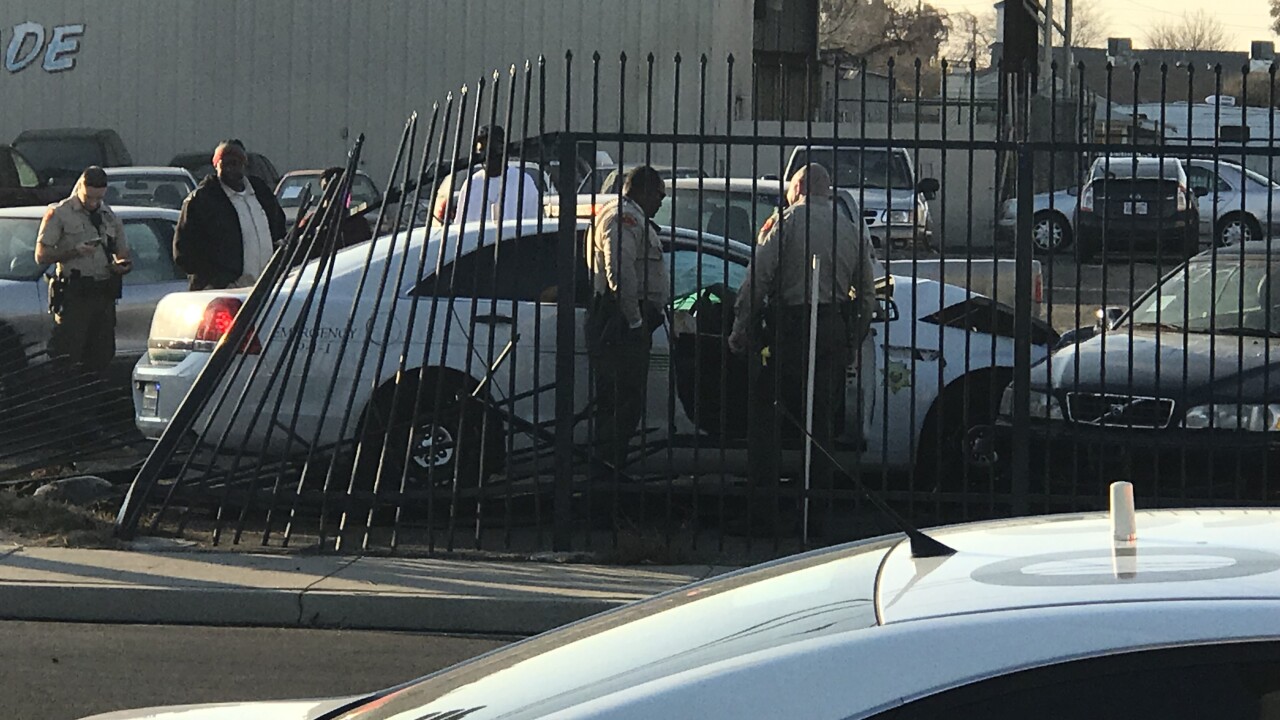 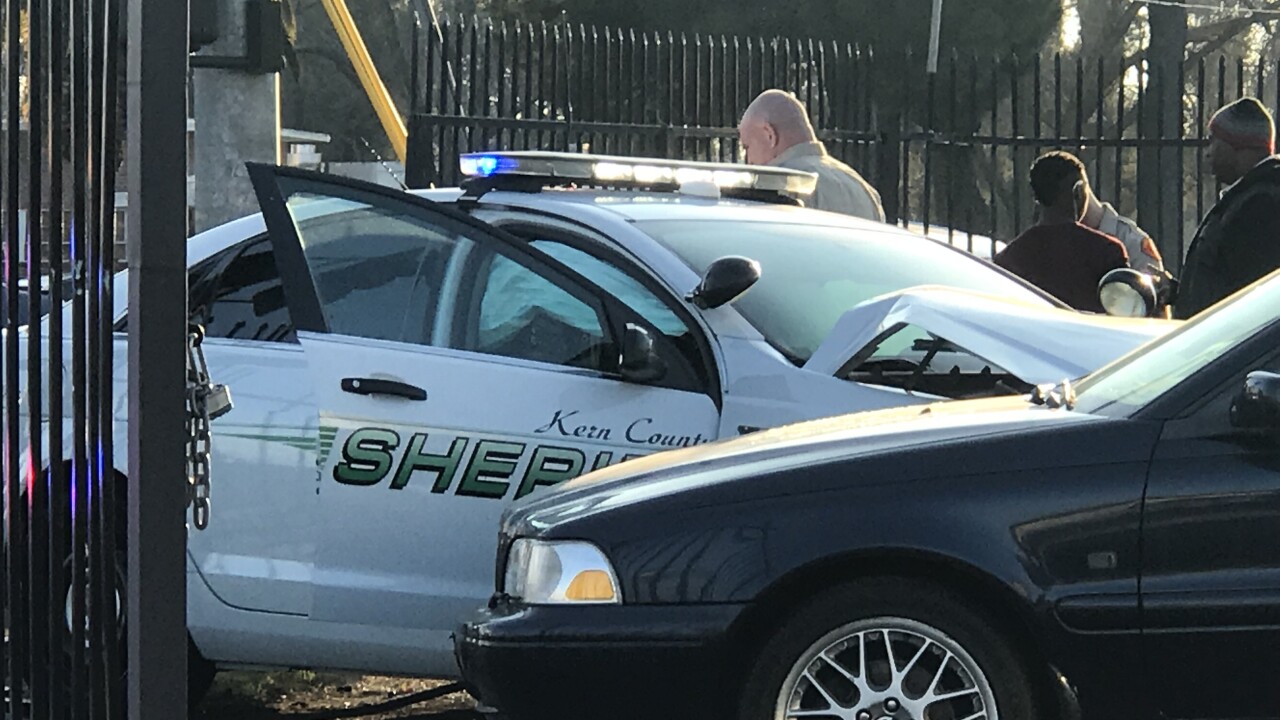 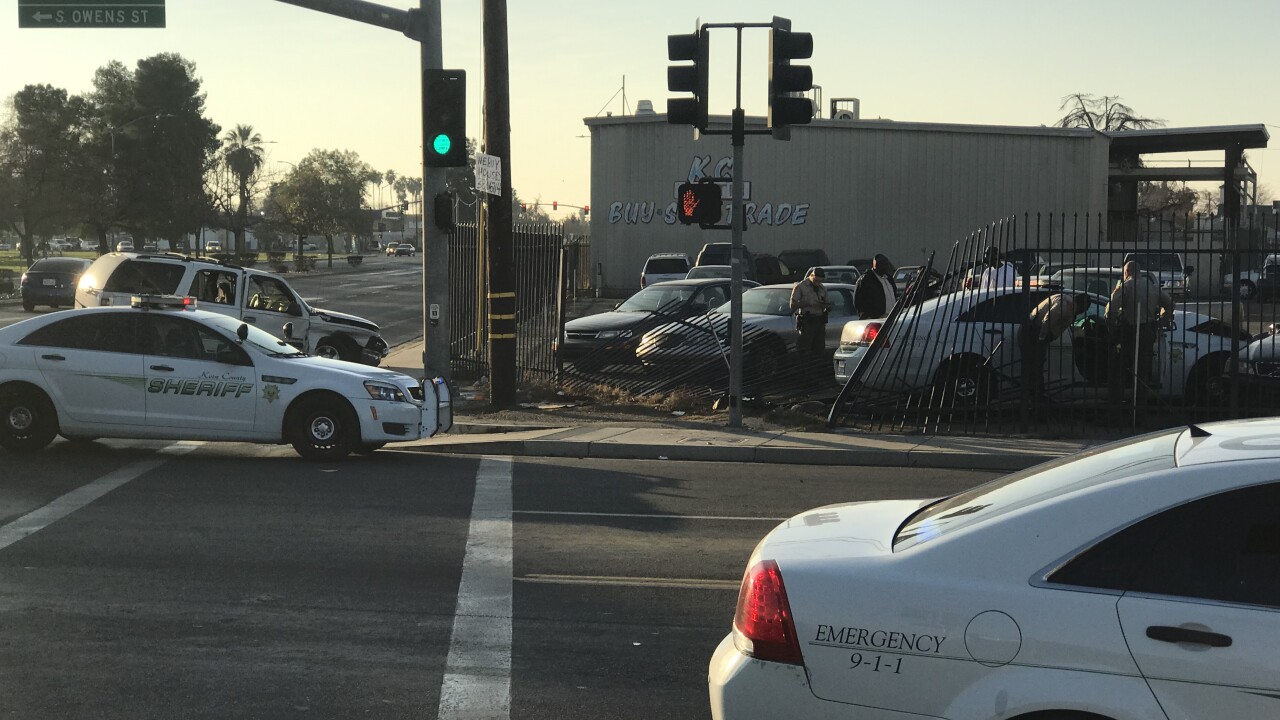 BAKERSFIELD, Calif. — A Kern County Sheriff's Department car was involved in a crash in east Bakersfield Sunday just before 4 p.m.

Officials say the KCSO vehicle was struck by another vehicle and pushed through the fence of a business at East California Avenue and South Owens Street.

The suspect vehicle is a white, 2002, Chevrolet Tahoe that was abandoned at the scene. The suspects were three to four Hispanic males that were observed fleeing the scene.

A KCSO deputy caught the driver of the car nearby. It was determined the driver was under the influence of alcohol and he was booked into the Kern County Jail.

The driver has been identified as 19-year-old Jesus Martinez-Mendoza.

Anyone with information is asked to call the Bakersfield Police Department at 661-327-7111.