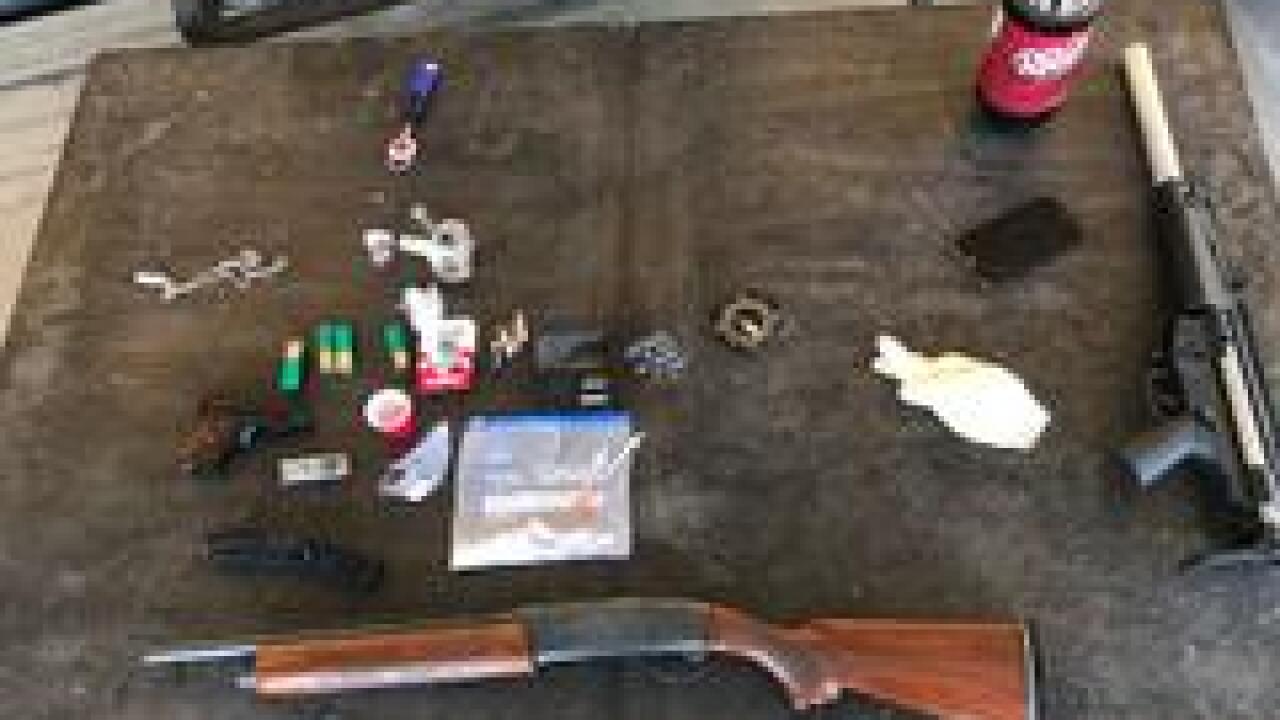 BAKERSFIELD, Calif. — On February 8, deputies from the KCSO Kern Valley Substation conducted a probation search near 8000 Rocky Hill Road in Onyx in which they located and seized three firearms, ammunition for the firearms, heroin, meth, drug paraphernalia and contraband indicative of drug sales.

The firearms seized included a "GSG" .22 caliber carbine rifle with a silencer attached, a sawed-off shotgun and a .32 caliber semi-automatic pistol.

According to deputies, 29-year-old Patrick Booth was arrested and booked for the following crimes: