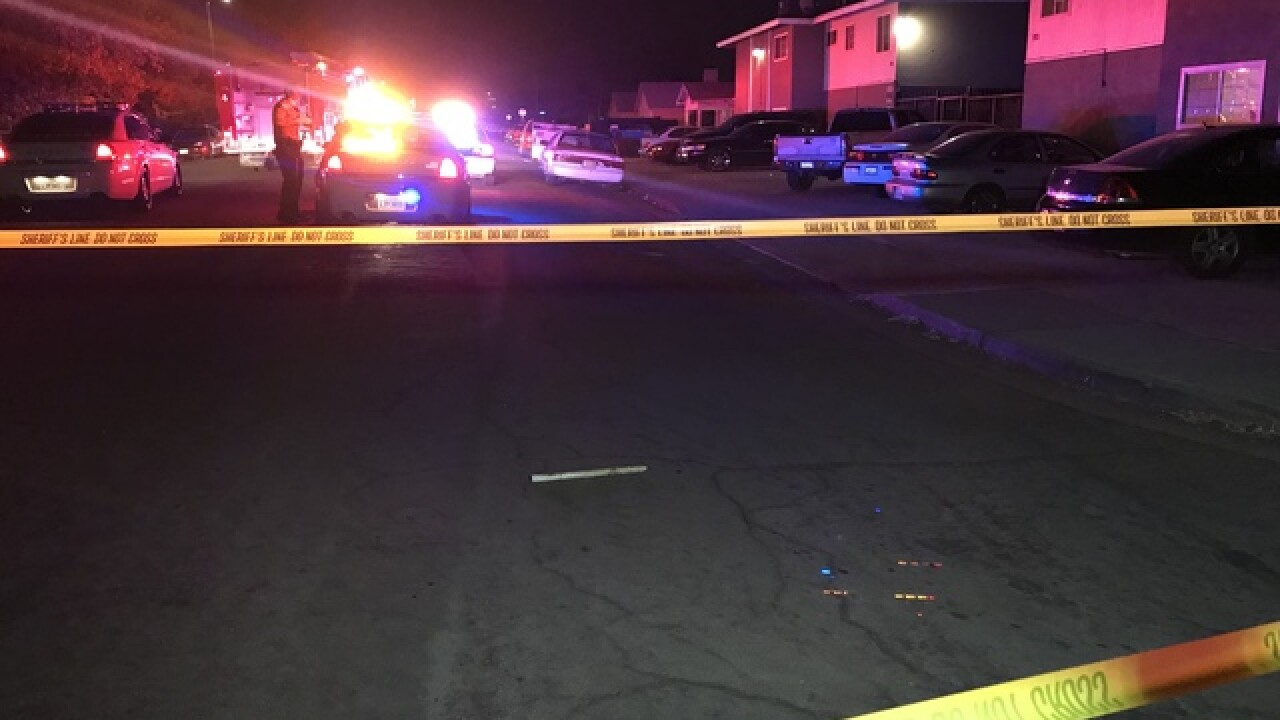 Copyright 2018 Scripps Media, Inc. All rights reserved. This material may not be published, broadcast, rewritten, or redistributed.
<p>knotts shooting</p>

The Kern County Sheriff's Office is investigating a shooting in East Bakersfield on Sunday night.

KCSO says it happened at around 9 p.m. in the 700 block of Knotts Street, near North Baker Street. They say the victim was standing outside an apartment complex when he was approached by two people.

The two reportedly pulled out handguns and began shooting numerous rounds, striking the victim multiple times in his lower extremities and torso. KCSO says the injuries are not believed to be life-threatening, and the victim has been transported to Kern Medical.

KCSO described the suspects as two black males seen leaving the area at a high rate of speed in a small white sedan.