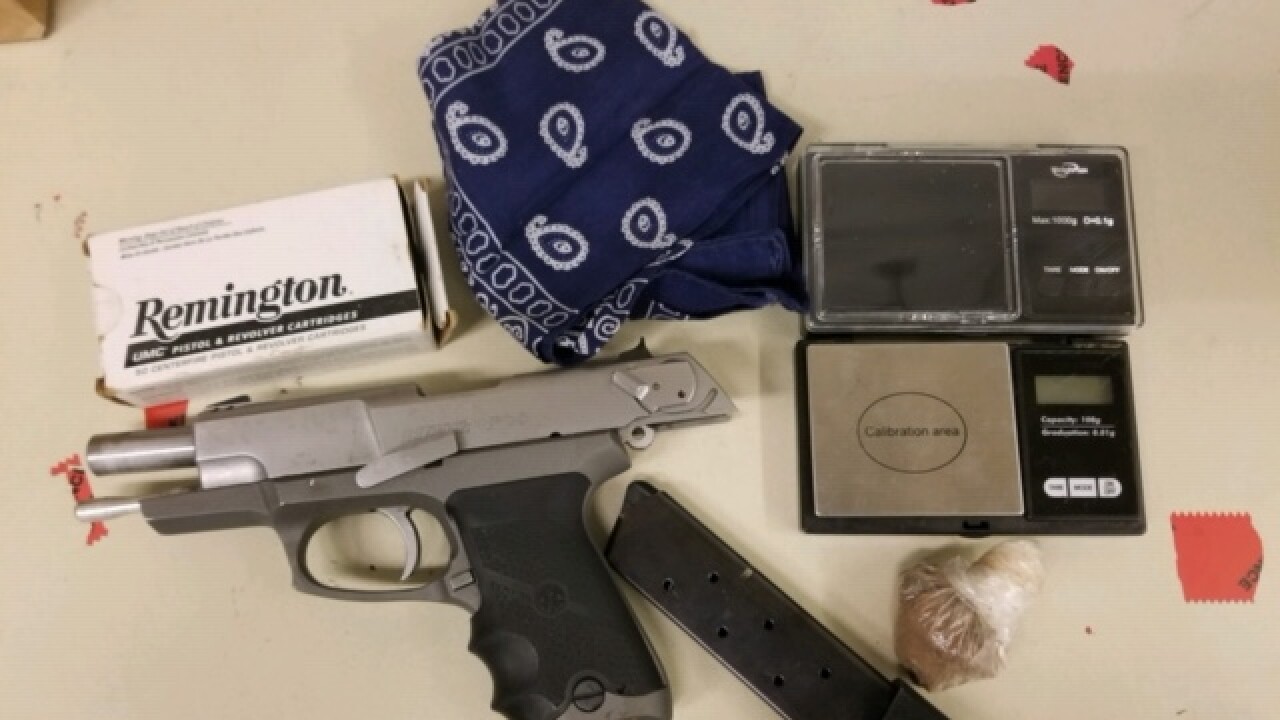 WASCO, Calif. — The Kern County Sheriff's Department is looking for a suspect wanted for assault with a deadly weapon, robbery, conspiracy to commit a crime and participating in a criminal street gang following an assault that took place on Sunday, April 7.

According to deputies, at approximately 11:30 p.m., a man was walking his friend's pit bull near the intersection of Beckes Street and Flower Street in Wasco when he was approached by two men who began to hit him in the face, head and torso.

The suspects fled with the dog and the victim was treated at a local hospital.

Deputies identified the suspects as 30-year-old Jaziel Santos and 34-year-old Daniel Torres. Deputies were able to locate Torres at Barker Park in Wasco and arrested him without incident. Following the arrest, deputies served a search warrant at his residence and located gang indicia, a stolen firearm, approximately one ounce of heroin and evidence of narcotics sales.

He was booked into the KCSO Central Receiving Facility for his felony warrant as well as various weapons and narcotics violations.

Deputies are still looking for Santos and the stolen pit bull. Santos is described as a Hispanic man at 5 feet 10 inches. He has black hair and brown eyes and weighs approximately 160 pounds.