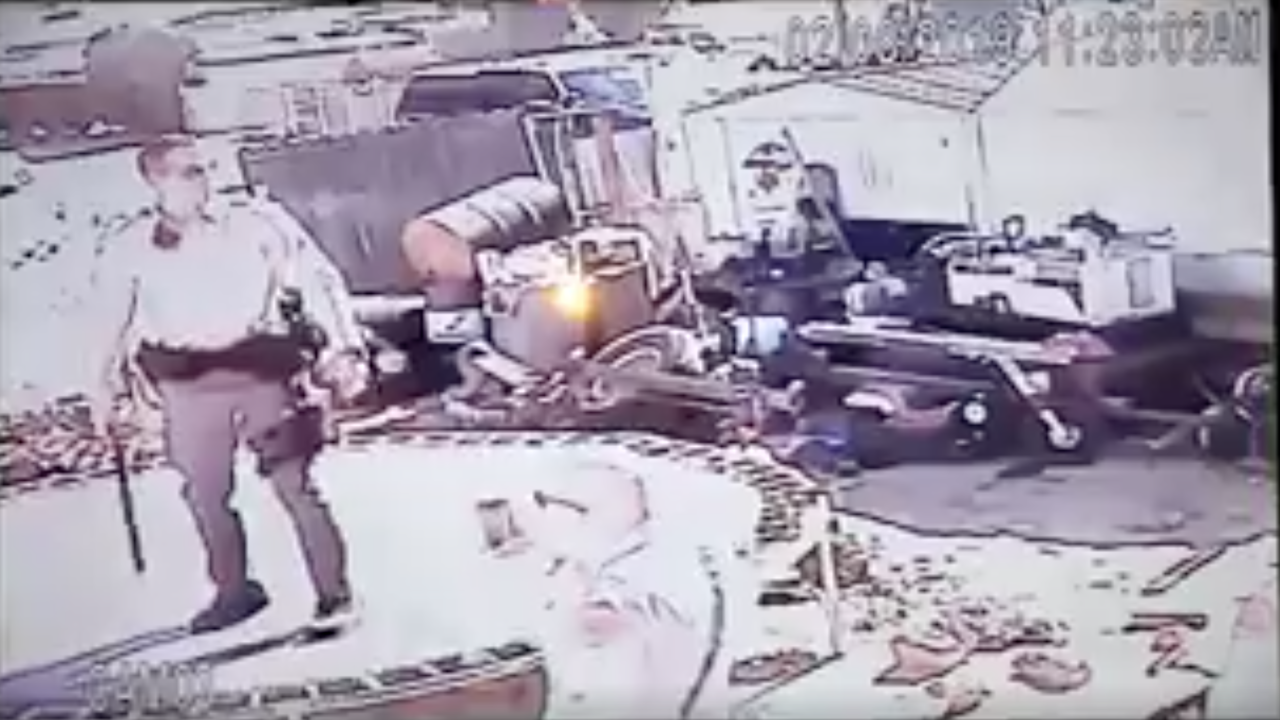 BAKERSFIELD, Calif. — The Kern County Sheriff's Office says that it is investigating a video of a KCSO deputy jumping on a trampoline in a Kernville resident's backyard.

The surveillance video, posted on February 9, shows five KCSO deputies in the backyard of a home. At one point in the video, one deputy climbs onto the trampoline and begins to jump while another deputy appears to be filming it on his phone.

In an email exchange with 23ABC, KCSO said that it is "looking into" the incident, stating that it is a "personnel issue". They declined to comment at this time.