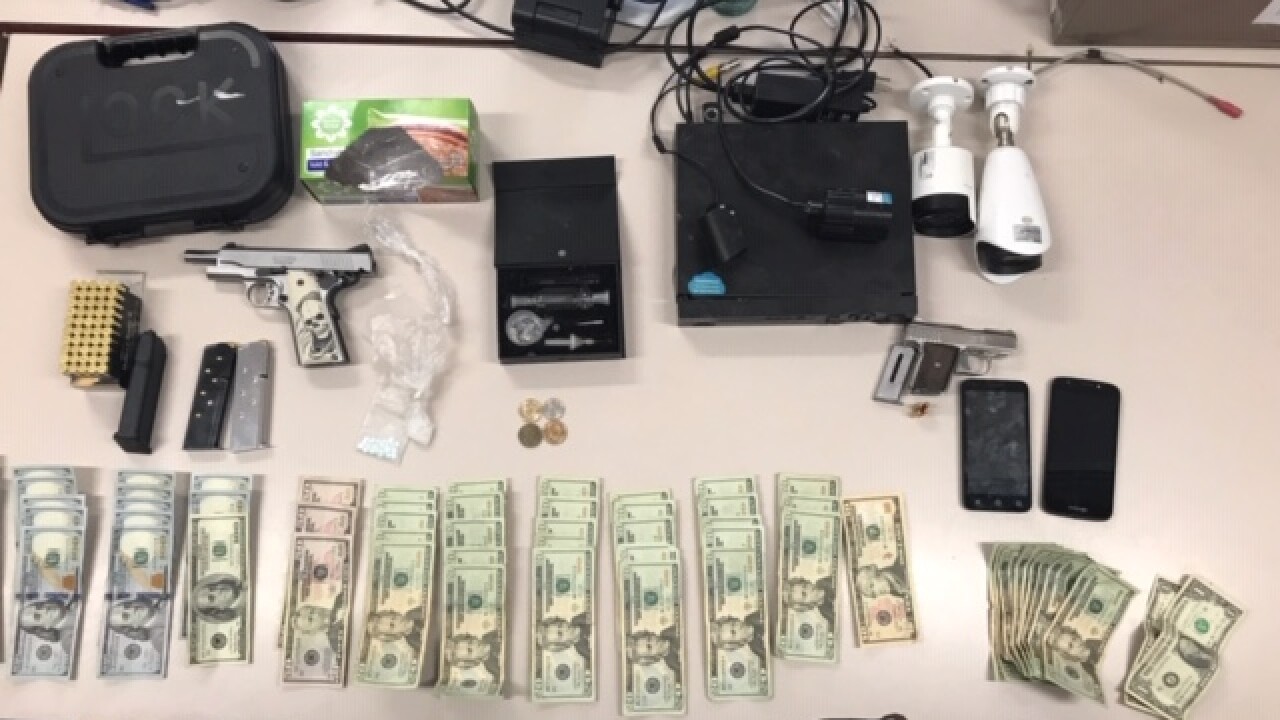 BAKERSFIELD, Calif. — The Kern County Sheriff's Office says two men have been arrested after officials found a stolen vehicle, drugs, and weapons during a probation search in Kern Valley.

According to KCSO, on April 11 a Kern Valley Substation deputy initially conducted a traffic stop on a vehicle near the intersection of Lake Isabella and Web Avenue. It was discovered that the driver of the vehicle, 34-year-old Michael Brown, was on probation in Kern County.

Deputies detained Brown and performed a probation search at his nearby home in the 2400 block of Cherry Street -- which has also been deemed uninhabitable by Kern County Code Compliance. Before entering the home deputies discovered a stolen Hyundai sedan parked in front of the residence. After searching the stolen vehicle, deputies located a loaded .45 semi-auto handgun and ammunition.

During a search inside the residence, officials found 26-year-old Enrique Griffin who had an active felony warrant for his arrest and an adult female with her child.
After searching Griffin deputies found a large quantity of prescription narcotics, methamphetamine, a large sum of money, and that he was under the influence of a controlled substance.

Deputies also searched Brown’s room where they located and seized a .22 caliber handgun, ammunition, and methamphetamine. Brown was arrested and booked into the Central Receiving Facility in Bakersfield on maintaining a drug house charge, possession of a firearm, and two drug related charges.

Griffin was also arrested and booked into the Central Receiving Facility in Bakersfield for several felony charges including possession of a stolen vehicle, under the influence of a controlled substance and a convicted felon in possession of a firearm charge.