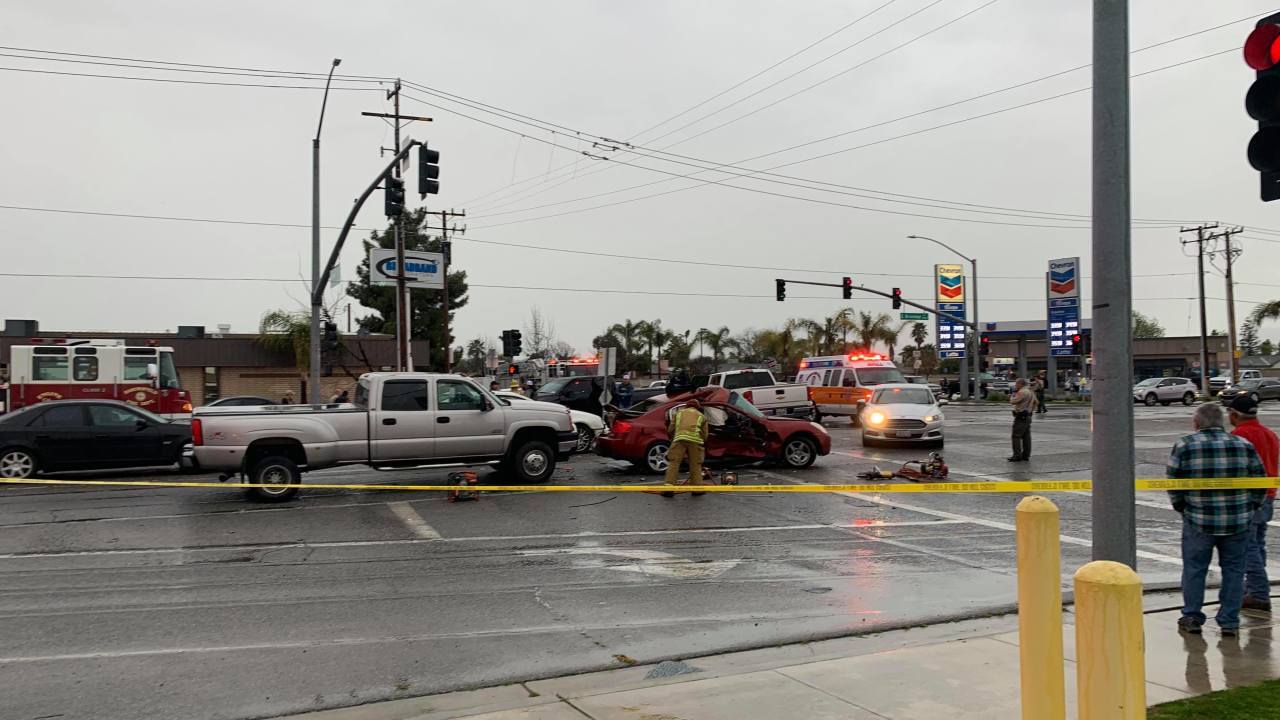 BAKERSFIELD, Calif. — The Kern County Sheriff's Office is saying two of three suspects involved in the East Bakersfield officer-involved shooting were struck by gunfire by a U.S. Marshal.

Officials say members of a fugitive task force, which included officers from corrections, parole and U.S. Marshals were at a Motel 6 on East Brundage Lane searching for 29-year-old Gavino Castro.

As the car began to exit the parking lot, Task force officers converged on the vehicle, attempting to keep the car in the parking lot and prevent the three from fleeing.

However, instead of stopping, the driver, Rolando Castro accelerated toward the deputy US Marshal. That is when the Marshal opened fire.

After the shooting, the car continued to drive out of the parking lot and Task force officers lost sight of the car.

Moments later, officers learned the vehicle had been involved in a crash on East Brundage Lane and Oswell Street. Officials say Castro ran a red light at the intersection and was hit by at least two other cars.

Officers say Rolando Castro ran from the car and was later arrested for outstanding warrants he had after showing up at a local hospital with a gunshot wound from the shooting.

Quiroz, who was the passenger died at the scene as a result of a gunshot wound from the shooting.

Gavino Castro, who was in the backseat, was arrested after escaping out of a side window and reportedly fighting with officers.

After KCSO completes it's investigation, the investigation will be turned over to the U.S. Marshal's service.