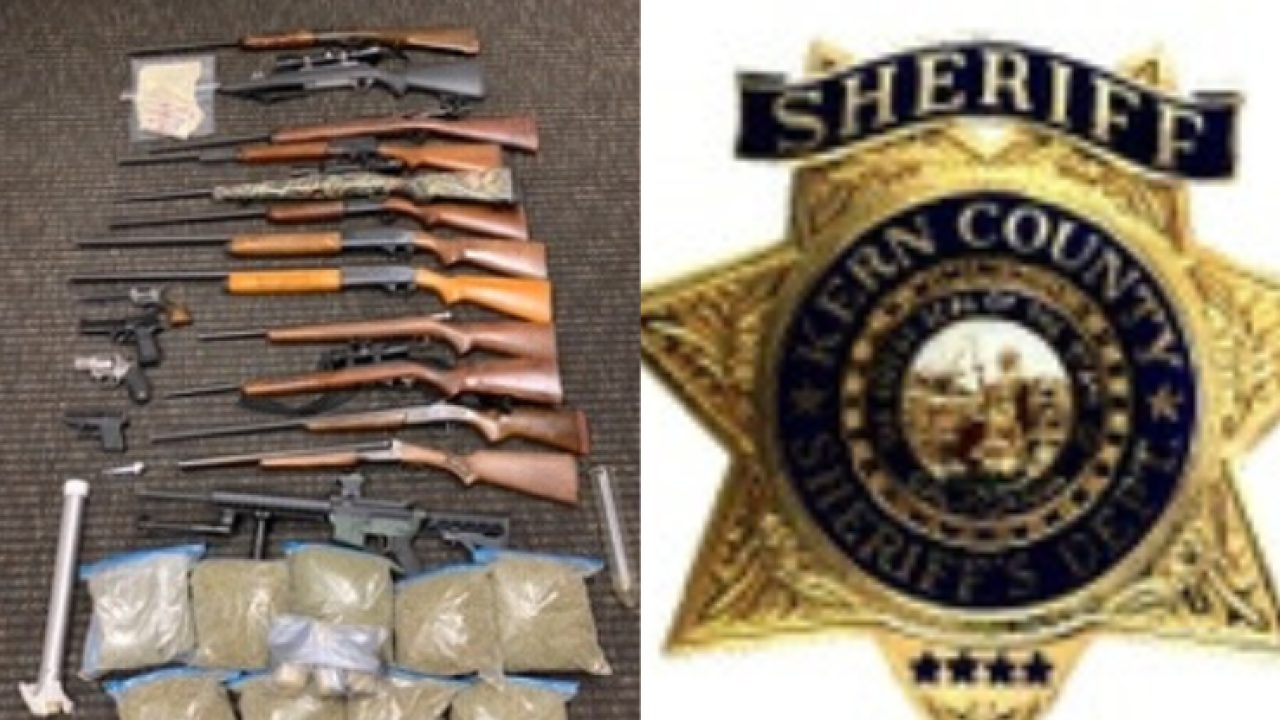 WASCO, Calif. — A Wasco man and woman are behind bars after a drug sales investigation led to their arrests.

According to officials, last month a deputy from the Wasco Substation started an investigation into the sales of methamphetamine. That deputy eventually identified 34-year-old Gina Velasquez as the suspect. After probable cause officials obtained a search warrant for her car and home.

On Monday at around 10: p.m. deputies reportedly spotted Velasquez driving in the area of Jackson Avenue and Highway 43. That's when they did a traffic stop then proceeded to search her car.
Officials say they found around 1.3 grams of methamphetamine and drug paraphernalia. She was arrested and taken to her home in the 1000 block of Cypress Avenue to continue their search warrant.

At her home, deputies also arrested 40-year-old Kenny Porter after finding 17 firearms a large quantity of ammunition, around 4 grams of methamphetamine, about 10lbs of marijuana, 74 prescription pills, butane honey oil and stuff to make it. Deputies also say they found evidence that narcotic sales were being made.

Velasquez has been charged with possessing methamphetamine, possession of drug paraphernalia, resisting arrest, and maintaining a residence for the purposes of drug sales.

Porter was charged with possessing methamphetamine, possession of drug paraphernalia, maintaining a residence for the purposes of drug sales, marijuana sales, and manufacturing a controlled substance.

Both suspects were booked into the Kern County Sheriff’s Office Central Receiving Facility.