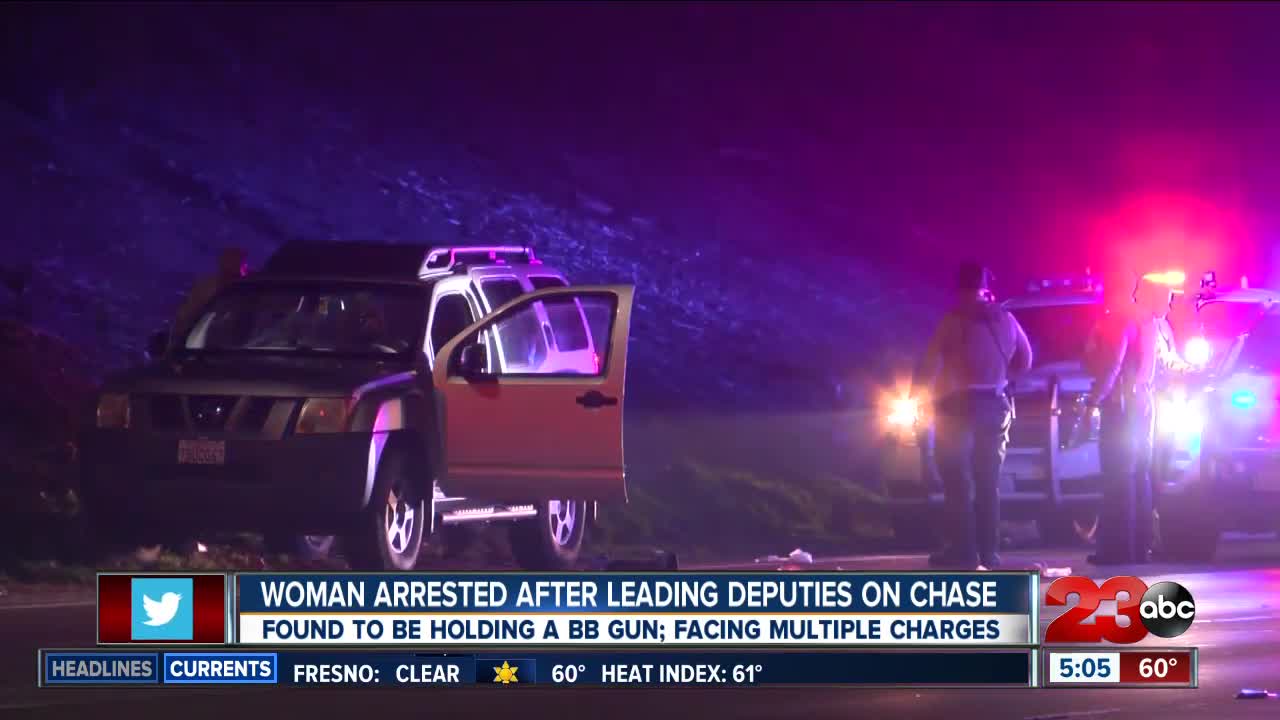 The Kern County Sheriff’s Office arrested a woman after a pursuit on Highway 58. 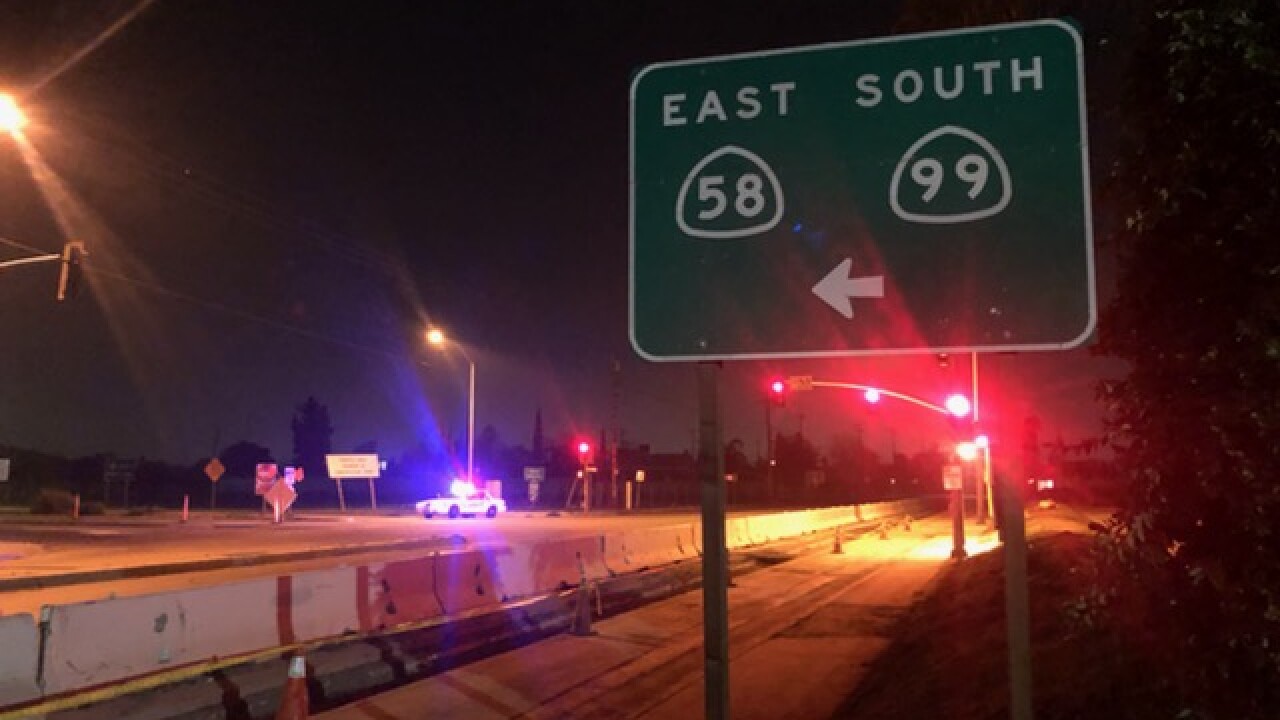 BAKERSFIELD, Calif. — The Kern County Sheriff’s Office arrested a woman after a pursuit on Highway 58.

Deputies with the Kern County Sheriff's Office said that at about 6:30 p.m. Thursday, deputies in Mojave were sent to check on a woman armed in a gas station restroom.

When they arrived, the woman had left, deputies said.

At 8:15pm, deputies received additional information and located the woman driving away from a gas station in Mojave at 10:10pm.

Dispatch made contact with the woman over the phone, she confirmed she was armed, deputies said.

Deputies attempted to stop the woman, but she refused to pull over.

A pursuit continued onto Highway 58 with speeds ranging from 55 to 90mph.

The pursuit entered Bakersfield, and the suspect was driving erratically, ultimately pulling over near Chester Avenue in East Bakersfield.

The suspect was holding a handgun, and appeared to be trying to light her car on fire, deputies said.

A K9 assisted in taking the suspect into custody.

Upon investigation, the gun was determined to be a BB gun.

31-year-old Hayley Beebe of Bakersfield is being treated at an area hospital, deputies said.

Upon release, she will be booked into jail on charges of brandishing a firearm at peace officer, failure to yield, and resisting arrest.