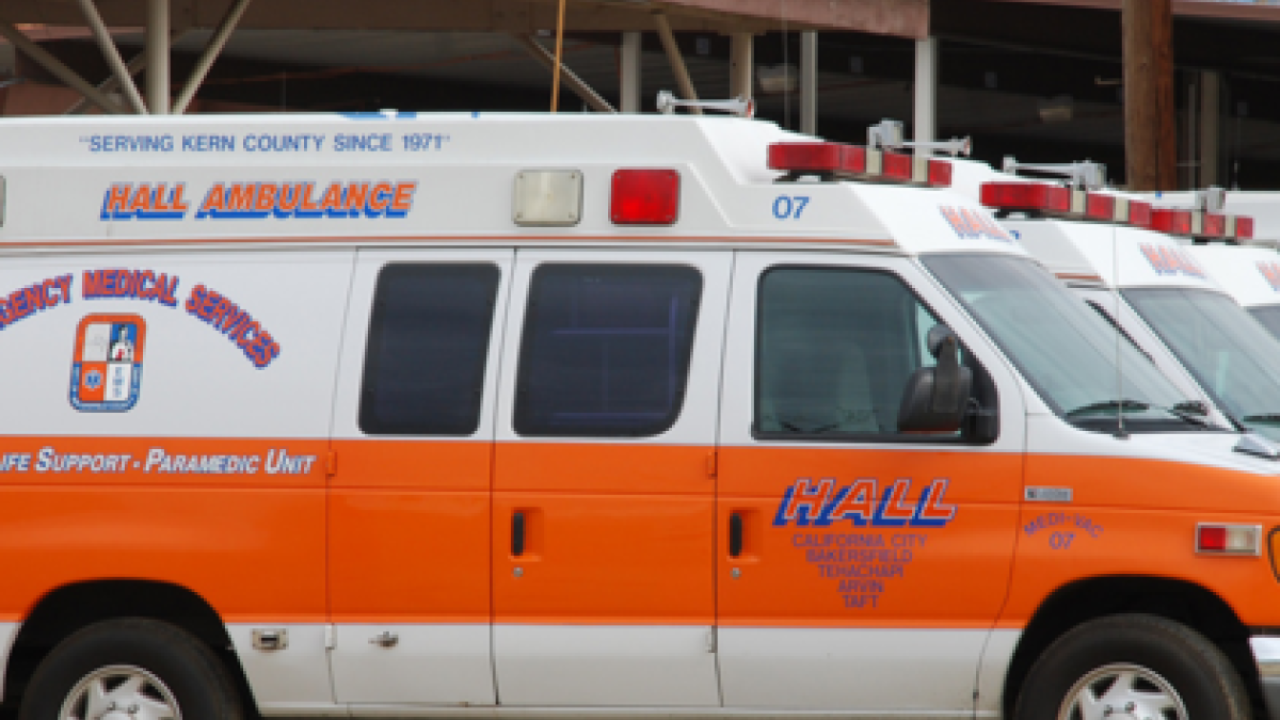 BAKERSFIELD, Calif. — Private ambulance companies are changing the way they respond to emergency calls, which could impact who shows up when you're in need of help.

According to (KCPH) if a call is categorized as life threatening, time sensitive or urgent pre-hospital both the basic and advanced units are deployed to the scene by the dispatcher. However, KCPH officials said because the advanced unit may not make it in time the county has created a three percent margin of error for officials to work within. Meaning if an advanced unit doesn't make it to the call three percent of the time out of the total calls dispatched, the ambulance company is still in compliance.

If the advanced unit doesn't show up more than three percent of the time when they are dispatched than the company is not in compliance with county's protocol according to Public Health.

Corum confirmed that the county changed its policy in an effort to get help to a patient as quickly as possible, the county confirmed that this has no effect on response times that are recorded, "Our number one goal is to assure the community that we are trying to provide the best and quickest service to our residents when they need it the most. So if a call comes in and a BLS which is Basic Life Support Ambulance is in closer proximity to a ALS which is a Advanced Life Support Ambulance, that BLS will absolutely be deployed because there it's going to be a faster response time to the patient," Public Health Spokesperson Michelle Corson said.

Corson said that this has nothing to do with Proposition 11, that will require emergency workers to stay on call during paid breaks. Corson also said that even if a basic life support unit shows up, an advance life support unit that is warranted will still head to the scene as quickly as possible.

Corson said that response times are only recorded when an advanced life support unit shows up.

Hall Ambulance told 23ABC News that they were complying with the county's new protocol but did not provide a response to the new change.

23ABC News also reached out to Liberty Ambulance to see if it was also complying with the county's protocol and we are still waiting to hear back.