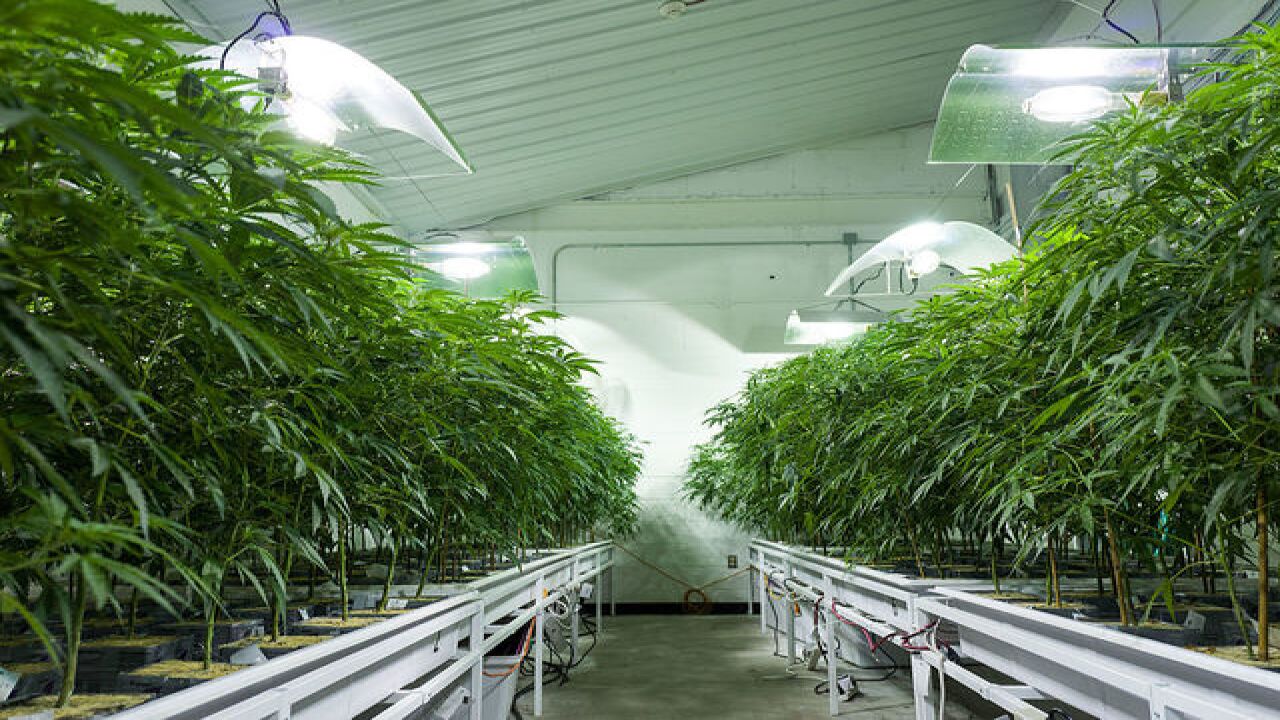 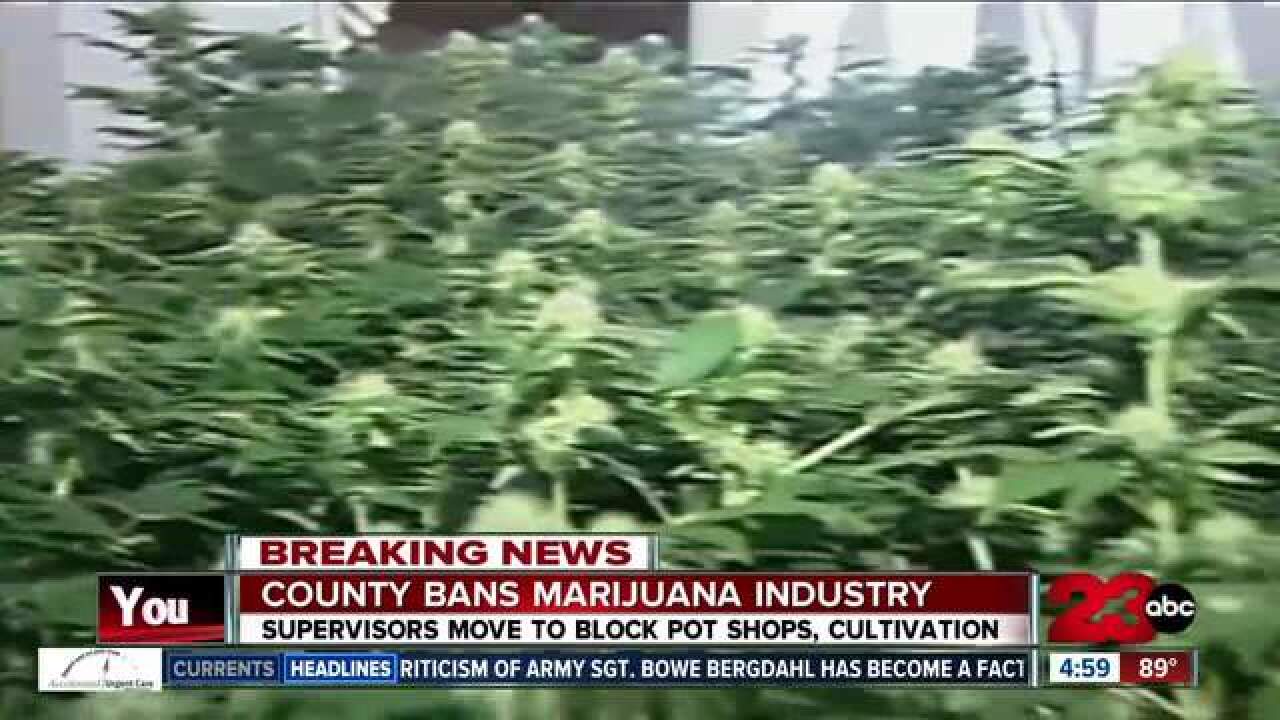 The Board of Supervisors met Tuesday to discuss one of the biggest hot topics Kern County has faced this year -- the marijuana industry. They voted 4-1 for Option A – to ban marijuana cultivation, manufacturing and distribution in the county. Leticia Perez the only person against the ban.

Each board member spoke out on their thoughts whether to ban or regulate the industry:

The Kern County Planning Department offered the Board of Supervisors four options for the future of medical marijuana cultivation, distribution, and manufacturing:

(This is industrial use only, 1,500 feet setback from churches, medicinal products only)

Currently, there are 28 cannabis shops determined legal in unincorporated areas of the county -- one of the options requires they close after one year. Most of these shops are in Rosamond and Oildale.

A Cannabis Enforcement Task Force would be put in place. According to the planning department, it would be a proactive task force not an enforcement task force. Right now they rely on people bringing them information.

The task forces would require $1.2 to $2.7 million a year, with $500,000 for the first year. The money will most likely come from the general fund. State funding will be unavailable if the county bans the industry.

Under regulation, a total of 32 cannabis stores will be allowed in the county. According to the department, 8,750 direct jobs would be created.

Mobile delivery of cannabis would only be allowed from a legal brick and mortar operation.

The department received 300 calls to regulate and 100 to ban during their public comment period, according to Planning Department Director Lorelei Oviatt.

Bill Walker with Kern Behavioral Health and Recovery Services, Craig Pope with Public Works, Russell Judd with Kern Medical, and other department heads gave their thoughts and expertise during the meeting before the public was allowed to comment.

Craig Pope said that bans on the industry in the past have been "fairly unsuccessful". Pope said it would be a "very large task" to ban completely -- requiring multiple agencies to work on it.

Sheriff Donny Youngblood also spoke -- siding with a ban. He said the drug is still a felony and it troubles him the county wants to go against that. "There are people that are going to set up anyway, no matter what," he said on the ban or regulate debate. "It's a big money business," he said.

The District Attorney's Office the last department to speak Tuesday -- speaking on the increased crime the industry brings and the impacts it has on DUI driving. "You're gonna have to be doing enforcement either way," the spokesperson said.

Nine people in Mojave from Eastern Kern County gathered - five giving testimony during the public comment portion over video chat. A resident of Ridgecrest also called in to make comment. Public comment was taken for nearly an hour and a half from those present at the meeting.

All 58 counties in California are working toward banning or licensing the industry to take advantage of the tax benefits the industry could provide starting in the beginning of 2018.

In June 2017, the California Legislature passed a Senate Bill 94 that would combine the rules for medical and recreational use – which will give the state one set of regulations instead of two. Governor Jerry Brown signed the bill into law.

Retail sales will be considered legal within the state starting January 1, 2018.

Kern County has not brought up the future of recreational marijuana cultivation, manufacturing, and distribution in the county.

As discussed at the meeting, the public can create a petition that would open up the item for discussion and review if there were over 10,500 signatures.