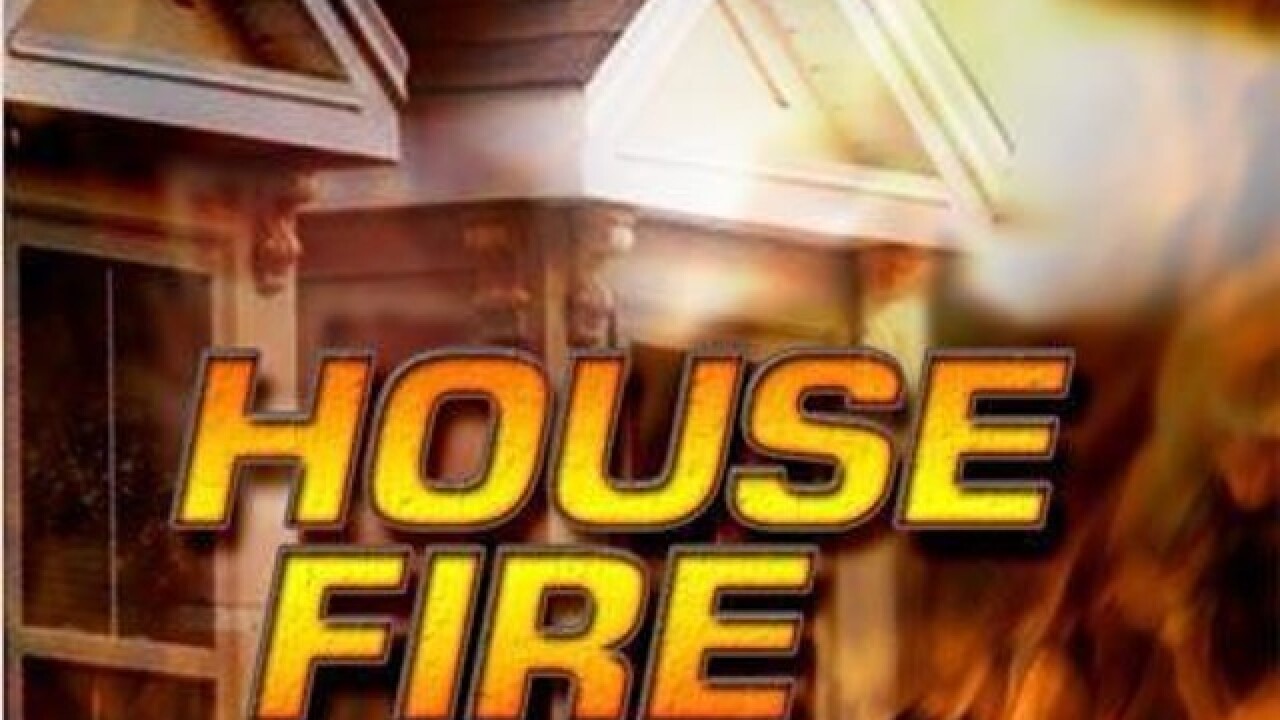 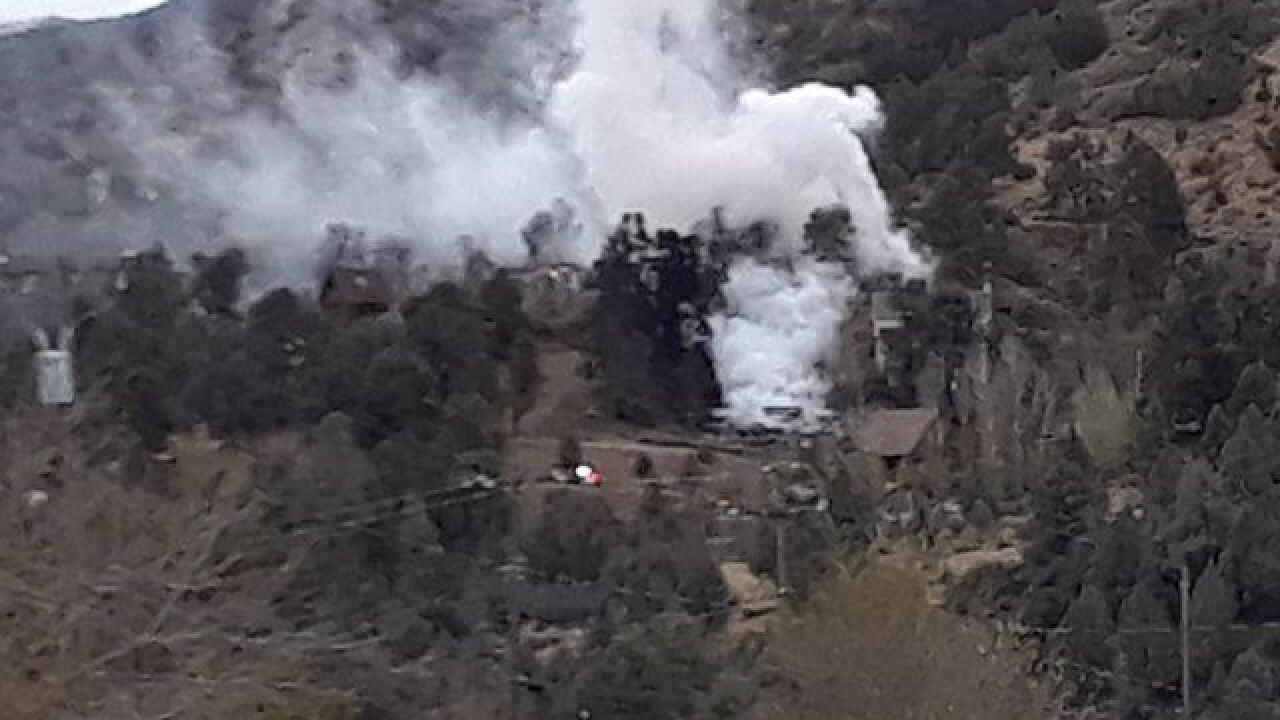 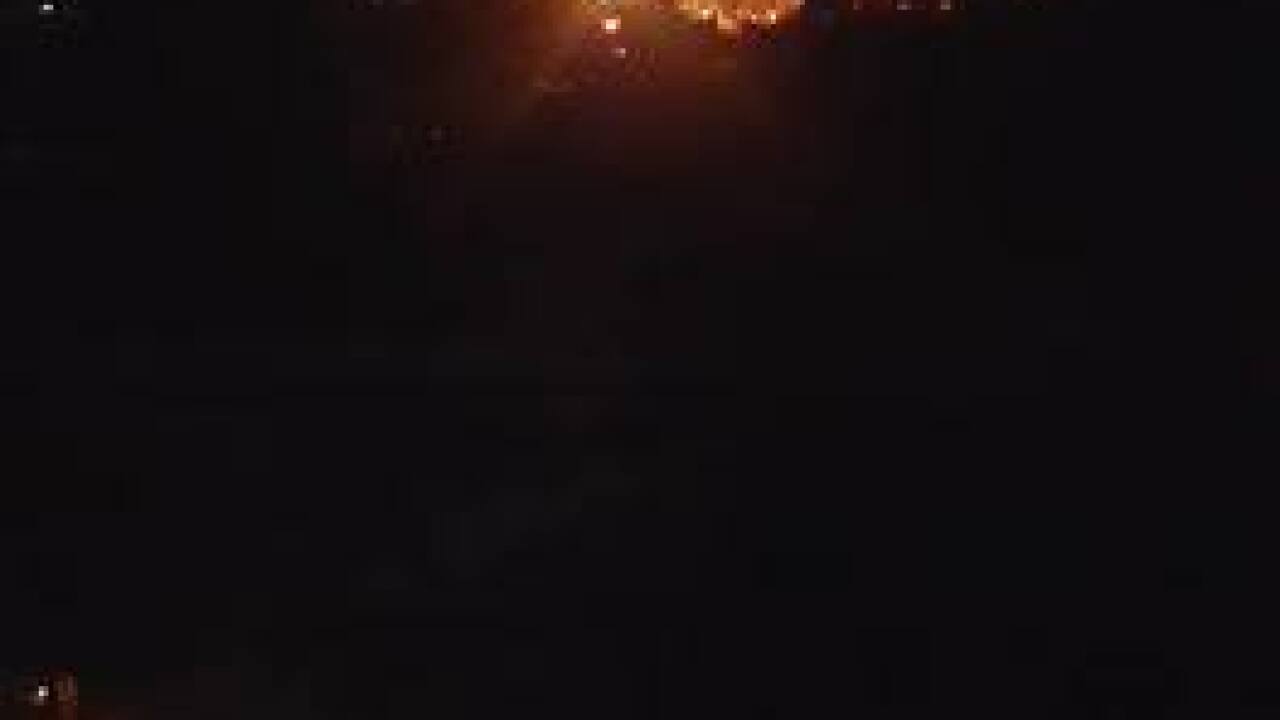 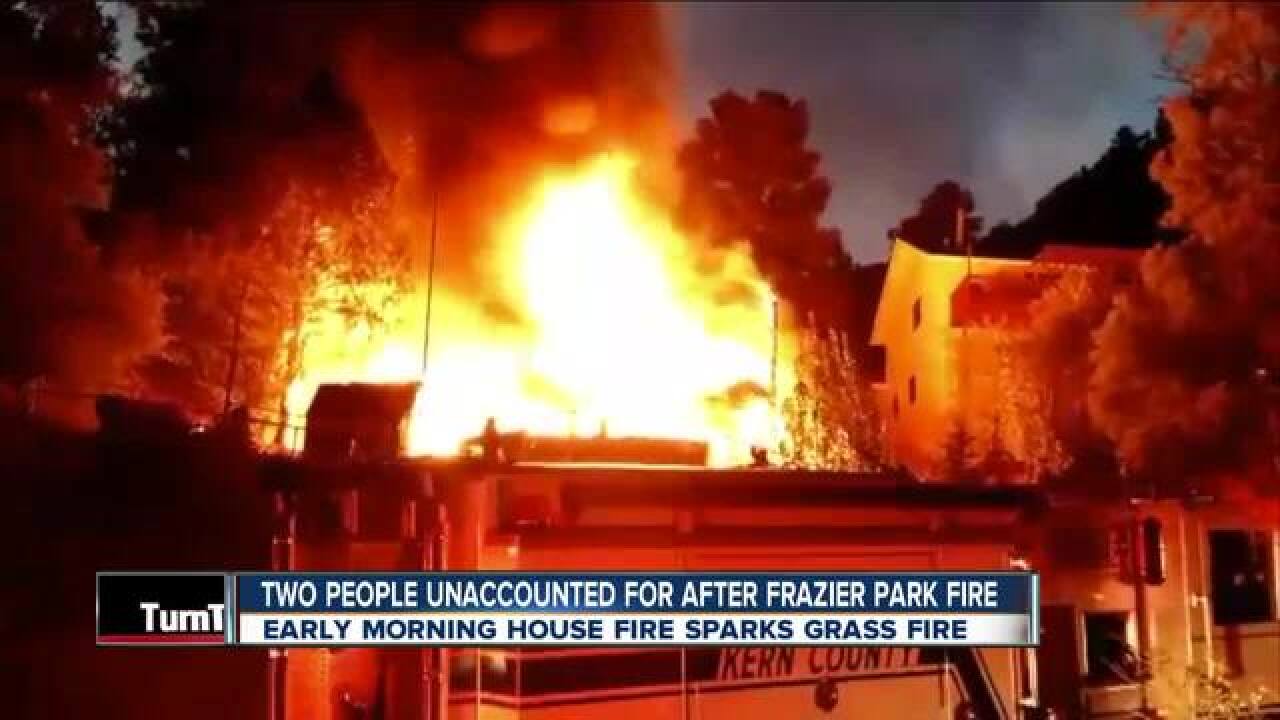 Officials said more than 20 fire personnel were on scene.

Fire crews were eventually able to access the house and confirmed the two occupants were inside and were deceased.

They sent out the following press release.

At approximately 5:30 a.m. on Nov. 5 the Kern County Fire Dept. received a call for a house fire in the 500 block of Truman Ave. in Frazier Park.

As crews were beginning their attack the roof collapsed and a defensive fire attack was started.

Nearby grass and pine trees caught fire and threatened 3 neighboring houses.  The houses were evacuated and a Wildland fire response was started.

Firefighters were able to make a quick stop on the grass fire with only about 1/10th of an acre  and two large pine trees burned.

Firefighters received reports of two possible occupants inside the structure. Firefighting efforts were hampered by electrical lines down and a gas line explosion.

Crews were able to eventually access to the house and confirmed the two occupants were inside and were deceased.

The house was a total loss of $300,000. The cause is under investigation. No firefighting personnel were injured. Crews will remain on scene for several hours.

UPDATE (7:25 a.m.): Around 5:15 Sunday morning the Kern County Fire Department responded to reports of a two-story, single family home on fire on Truman Drive near Encino Trail in Frazier Park.

When crews arrived on scene the home was fully involved and were unable to make progress before the roof collapsed.

Officials said two women in their 70s live in the home and are currently unaccounted for, but it's unknown if they were inside or not.

The house fire sparked a grass fire in the area.

Nearby homes were evacuated while crews battled the flames.

KCFD said firefighters were able to get the grass fire under control quickly and only 1/10 of an acre burned.

Crews faced a number of challenges battling the fire, a large propane tank on the property exploded and power lines fell down directly on top of one of their fire engines.

No injuries to firefighters were reported.

Neighbors who were evacuated have been able to return to their homes.

The Kern County Fire Department is responding to reports of a house fire in Frazier Park.

The call came out around 5:15 Sunday morning.

There are reports of two people trapped inside, however, that has not been confirmed by the fire department.

There are also reports grass and vegetation is involved in the surrounding area.

23ABC has a crew on the way to the scene, check back for updates.