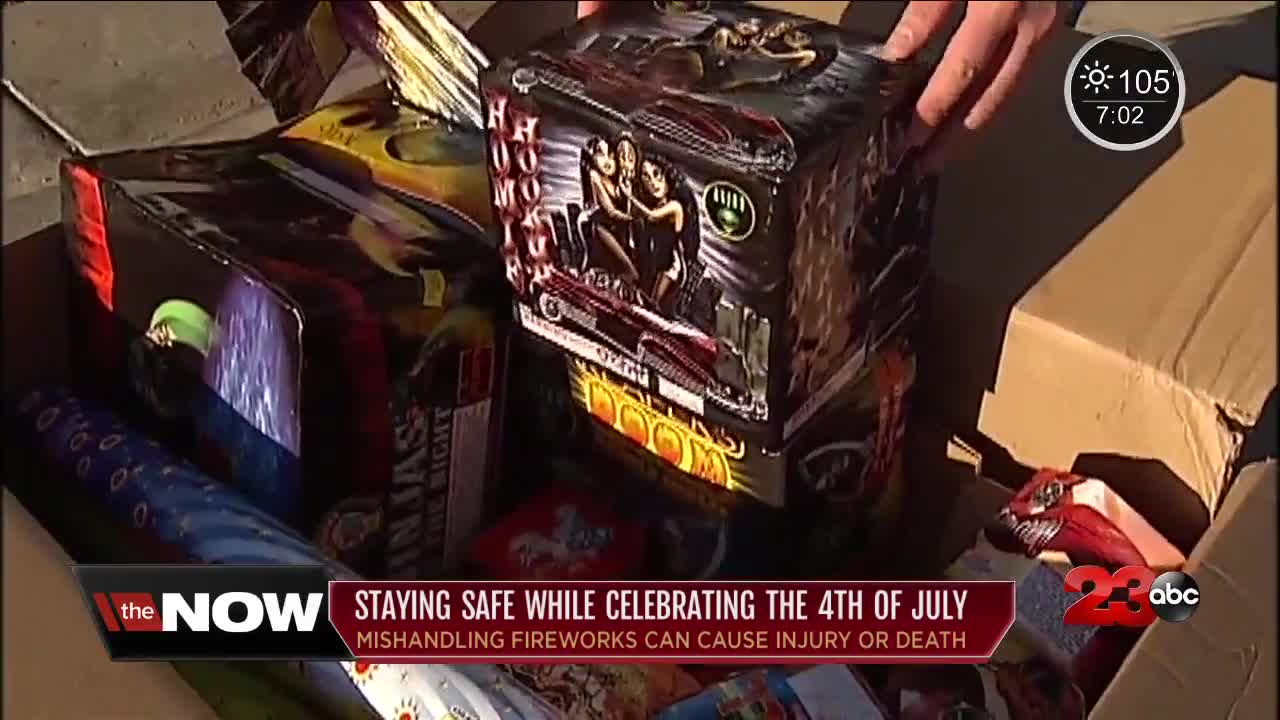 BAKERSFIELD,Calif. — It’s just a little over three weeks away from July 4 and with the national celebration brings safety concerns regarding the use of fireworks.

Fireworks can pose concerns and officials want to remind the community what they can do to remain safe.

Firework injuries are common mostly among children and teens, according to the National Fire Protection Association, but local officials say anyone can get hurt if they’re using them improperly.

Andrew Freeborn, with Kern County Fire says their Fireworks Task Force is already gearing up one of their busiest holidays, Fourth of July.

“Everyone should be using safe and sound fireworks as a label on the firework itself which can be purchased at appropriately licensed and facilities,” said Freeborn.

Just last week in Bakersfield a 45-year-old man was killed after he was seen lighting an illegal firework then holding it up in his hands and witnesses heard an explosion from the mortar tube.

“There have been throughout the years in Kern County individuals who have been harmed through the use of illegal fireworks or taking safe and sound fireworks and modifying them,” Freeborn said.

In past years, the task force has issued dozens of illegal fireworks citations starting at $1500.00.

“Within the first five years of the first citation if a second or third citation are issued both citations have a fee of more than $1500.

Freeborn says if you’re planning to light off safe and sane fireworks this year you should do the following.

“Individuals that are in fact lighting fireworks should make sure they wear loose clothing, have a bucket of water handy,” said Freeborn. “We wouldn’t want to use them near dry grass, buildings or near other areas that could start a large fire as a result of using fireworks.”

Here is a link to times for fireworks usage and safety tips.