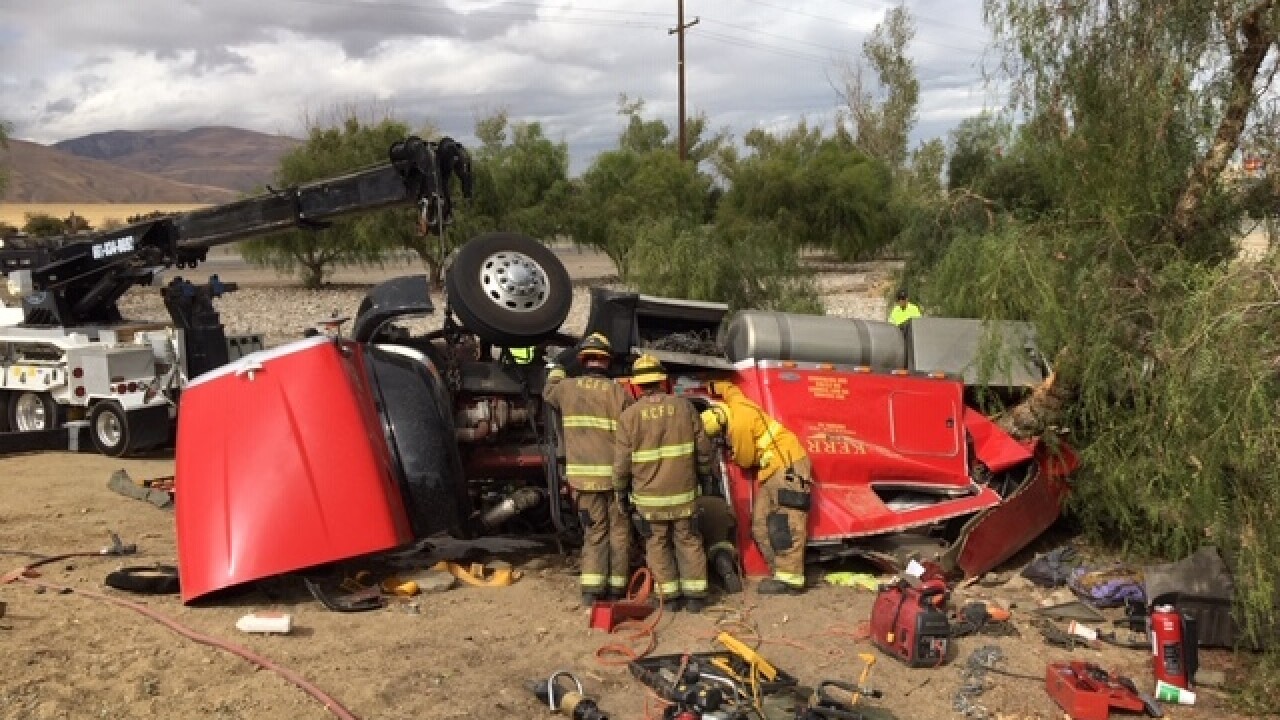 Kern County Fire says a man was airlifted to a local hospital Wednesday morning, after the semi-truck, he was driving rolled over on Northbound I-5.

KCFD says the man was headed Northbound on I-5 around 10 a.m. and lost his brakes coming down the grade. They say he tried to exit at Grapevine Rd., but instead lost control of his rig.

When crews arrived on the scene, they found the driver pinned in the cab of his truck. The Urban Search and Rescue team was dispatched to assist. After 45 minutes, KCFD crews were able to remove the driver from the truck cab and airlift him to the hospital with moderate injuries.

The driver's current condition is unknown.