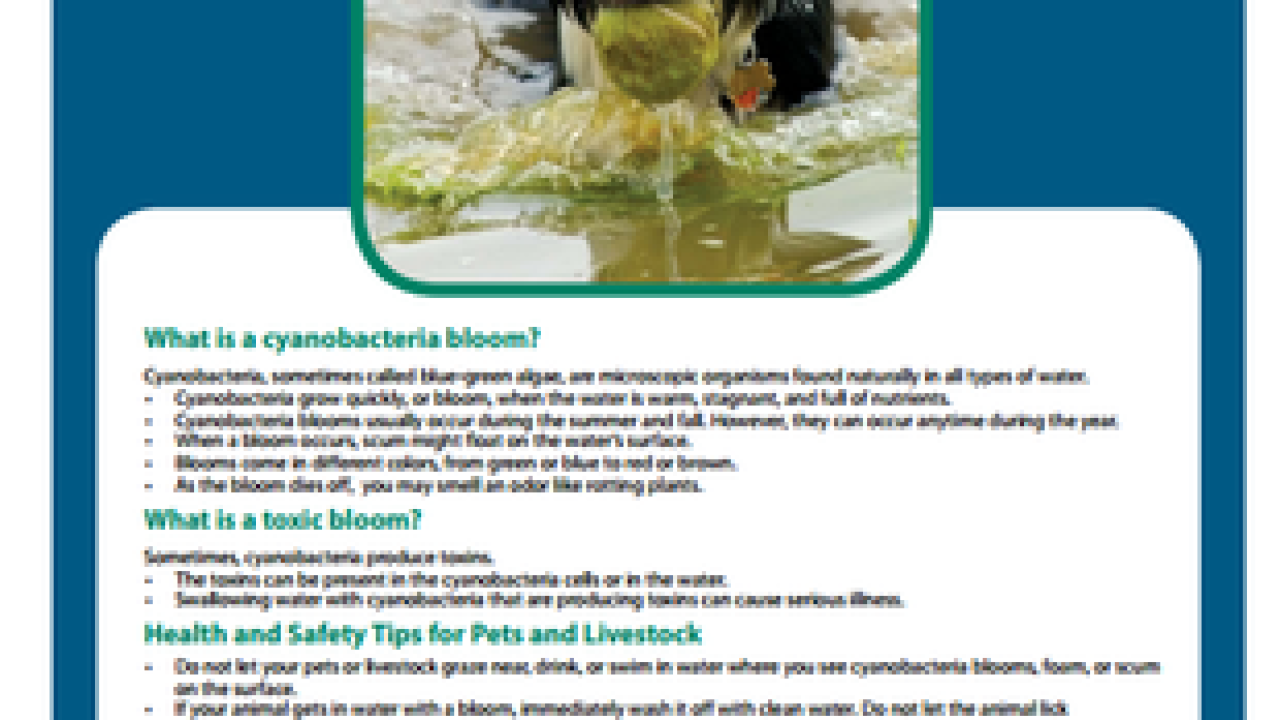 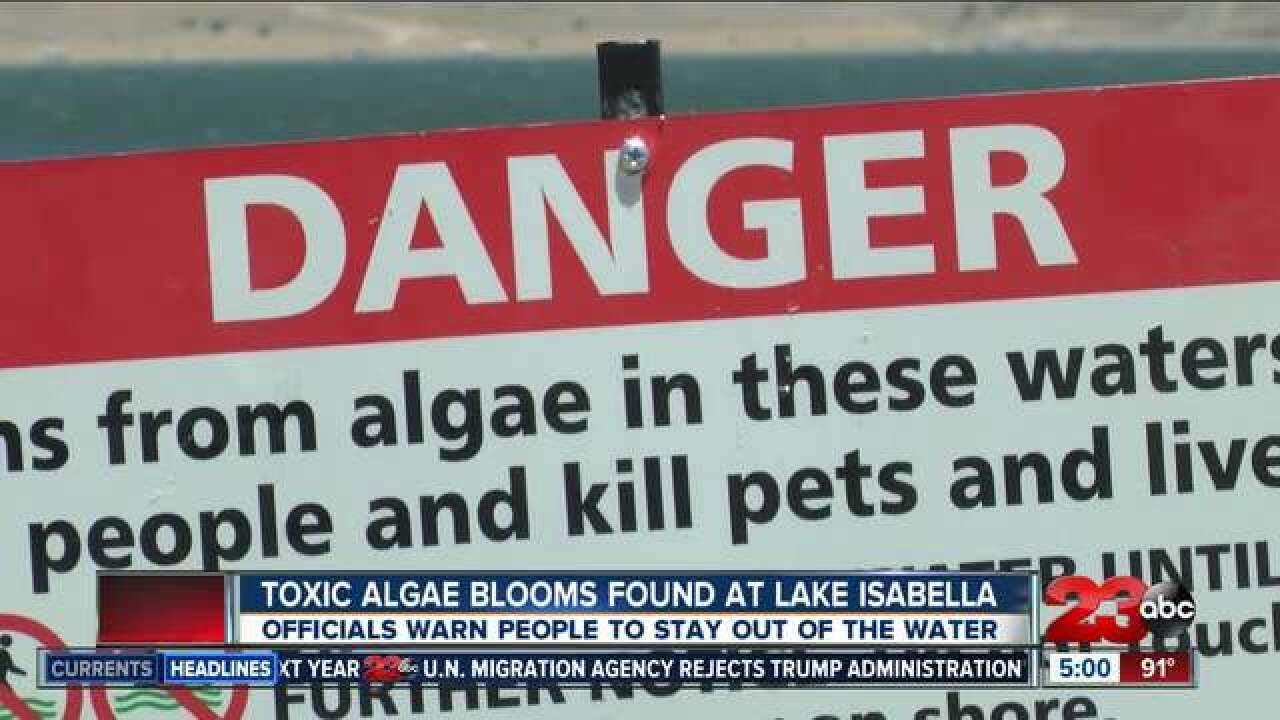 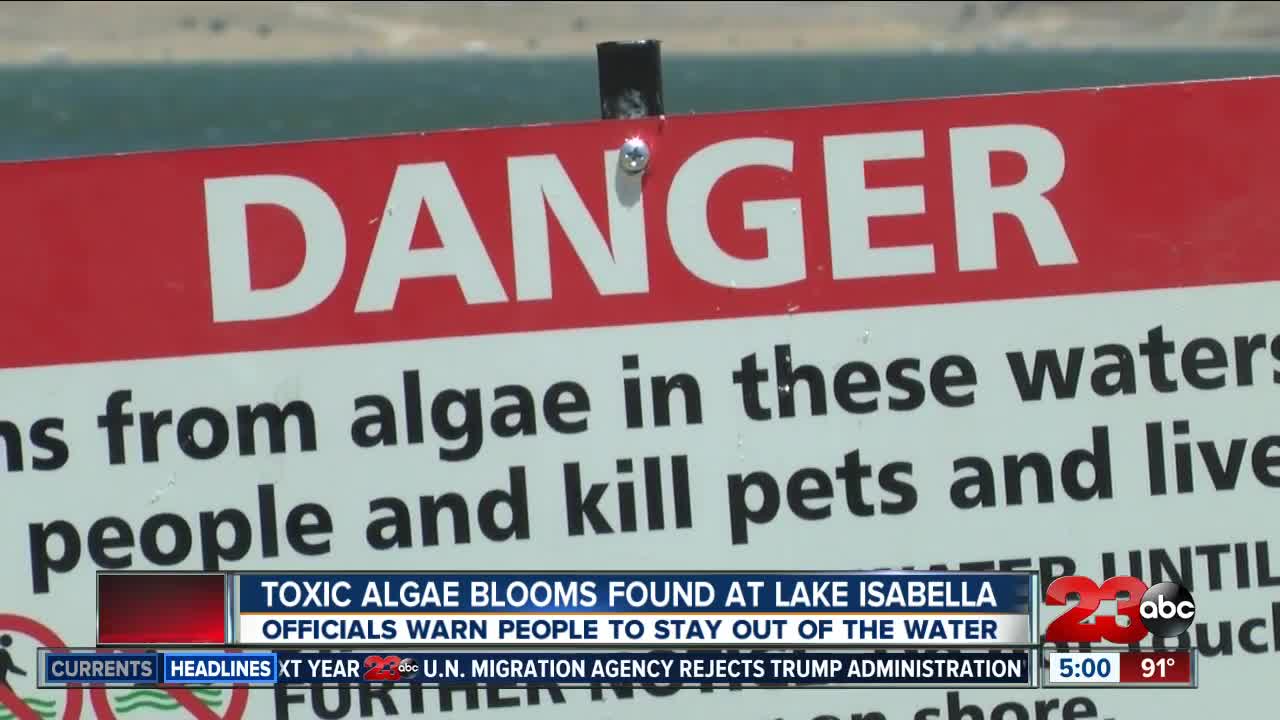 Officials say the toxin levels are very high and can be deadly. Officials are warning residents to avoid the water ahead of the holiday weekend.

Blue-green algae can cause you to get sick, similar to eating bad seafood, digestion problems, skin irritation and allergic reactions.

Kern County Public Health is urging boaters and recreational users to avoid direct contact with or use of waters affected by harmful algal blooms (HABs) in Lake Isabella in Kern County.

The recommendation is based on the potential health risks from toxins produced by cyanobacteria, which is currently blooming in the lake. Algae and cyanobacteria, the organisms that cause HABs, have existed for billions of years as essential components of freshwater ecosystems. But when certain conditions favor their growth – warm temperatures, stagnant water flows, excessive nutrient inputs – they can multiply very rapidly creating “blooms.” These blooms can produce toxins, and taste and odor compounds, that pose health risks to humans and animals. When blooms pose a risk, they are referred to as harmful algal blooms (HABs).

A cyanobacteria bloom has been observed in the main body of the lake and along the shorelines of Paradise Cove, Kissack Cove and French Gulch. Health officials said levels are 24 times more toxic than the dangerous threshold and this is the most toxic they've recorded since they began test blue green algae levels.

Two cyanotoxins (microcystin and anatoxin-a) were detected in Paradise Cove and Kissack Cove.  The microcystin concentrations at both sites exceeded the state’s Danger health advisory level for recreational waters, which recommends against any water contact including swimming and skiing.

Red danger signs are posted in these areas.

The French Gulch site had a microcystin detection that was above the state’s Caution advisory level, which presents a health concern for pets and children.

Yellow caution signs are posted in this area.