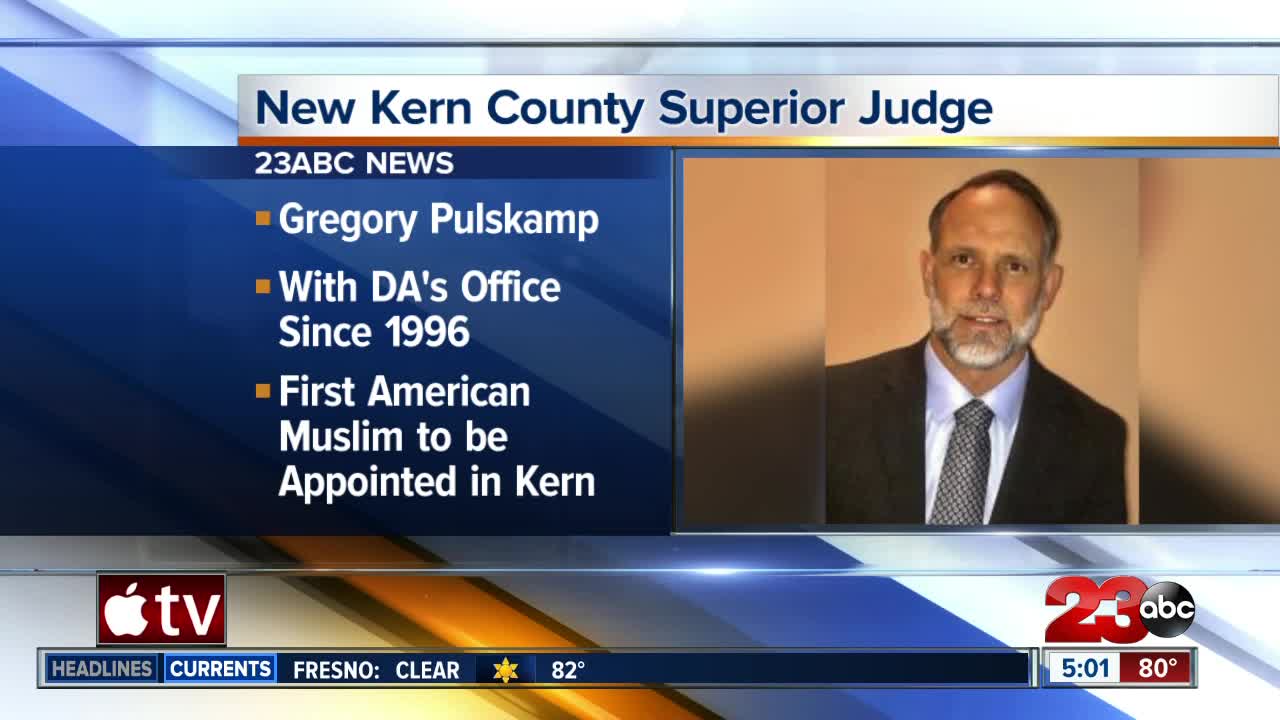 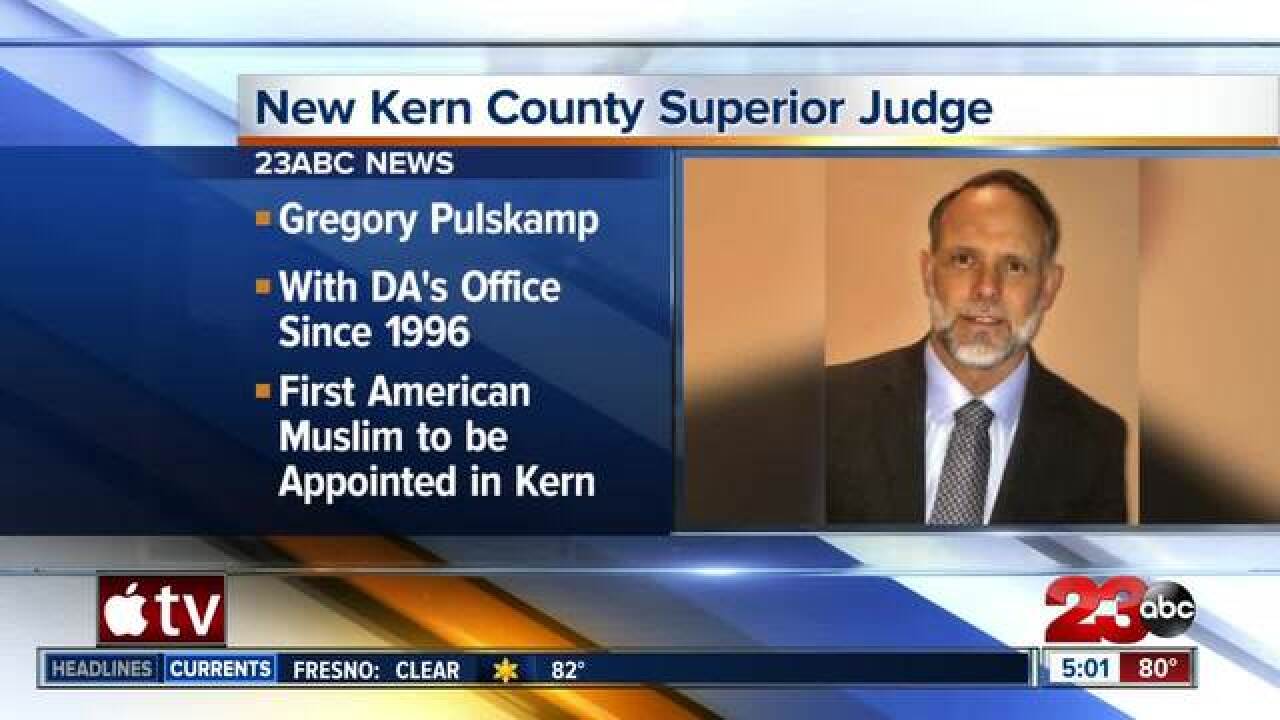 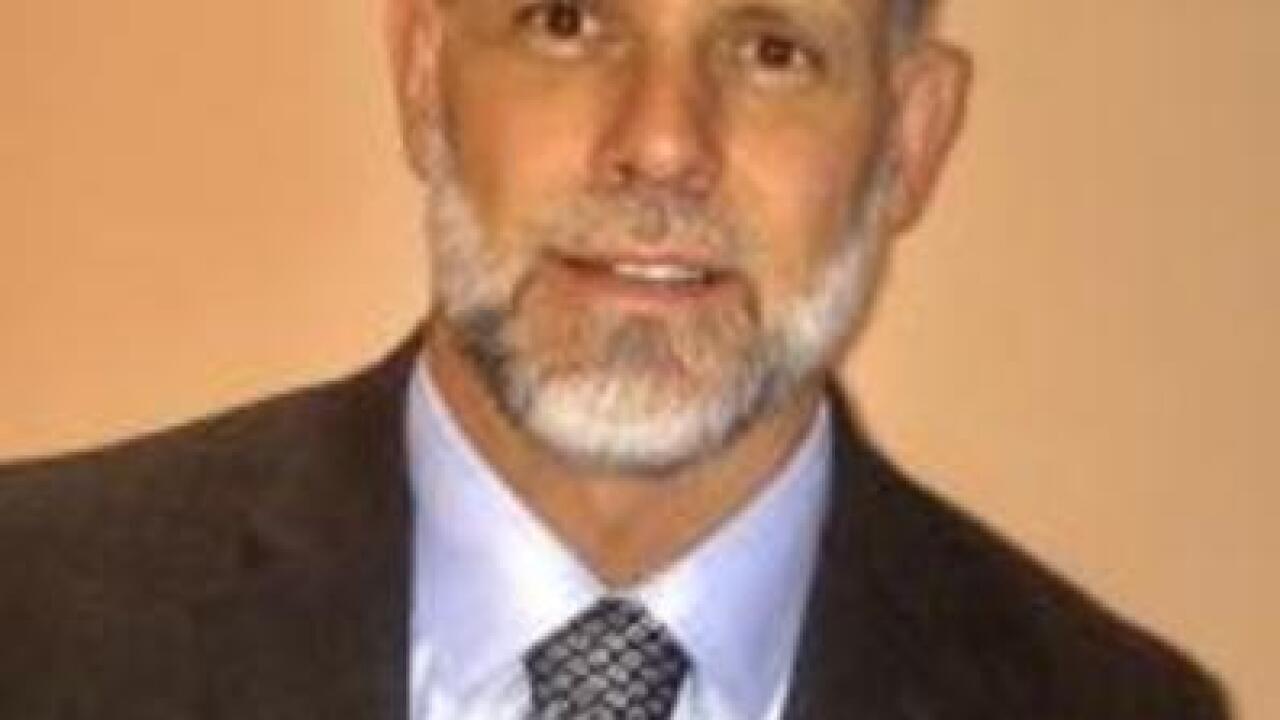 Governor Jerry Brown appointed 21 new Superior Court Judge Friday. Among them is Gregory A. Pulskamp, 49, of Bakersfield. Pulskamp will become the first American-Muslim judge to take the bench at the Superior Court in Kern County. Pulskamp

Before the appointment, Pulskamp has served as a supervising deputy district attorney at the Kern County District Attorney’s Office for the last four years and has worked in the District Attorney's Office since 1996. Pulskamp got his start in Bakersfield in 1993 as an associate at Clifford and Brown. He has a Juris Doctor degree from the University of San Diego School of Law and a Bachelor of Science degree from Boston College.

Pulskamp is filling the seat vacated by the retirement of Judge William D. Palmer. Pulskamp is registered without party preference.