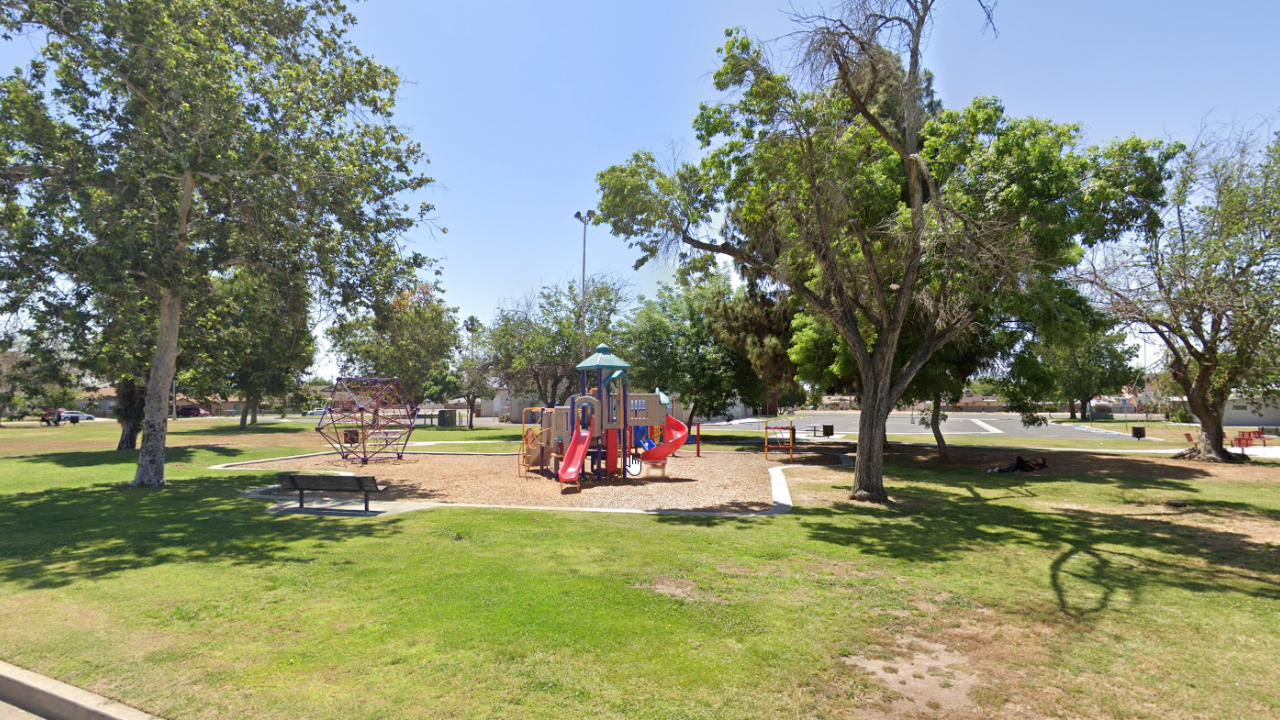 BAKERSFIELD, Calif. — A dog was stabbed after it started attacking pedestrians and another dog in Sears Park in Bakersfield.

According to Public Information Officer Angela Monroe of the Kern County Sheriff's Office, on Tuesday 30-year-old Shawn Duncan unleashed his dog at Sears Park at around noon. The dog then began "attacking pedestrians." One woman was bitten, as well as a smaller dog. The woman declined medical assistance.

At some point, another man in the park stabbed the dog to prevent further attacks. When deputies arrived on the scene, that man had left the park.

Duncan was arrested for public intoxication and creating a public nuisance.

Animal Control seized the injured dog, which survived the stabbing. There is no additional information on the dog's condition at this time.