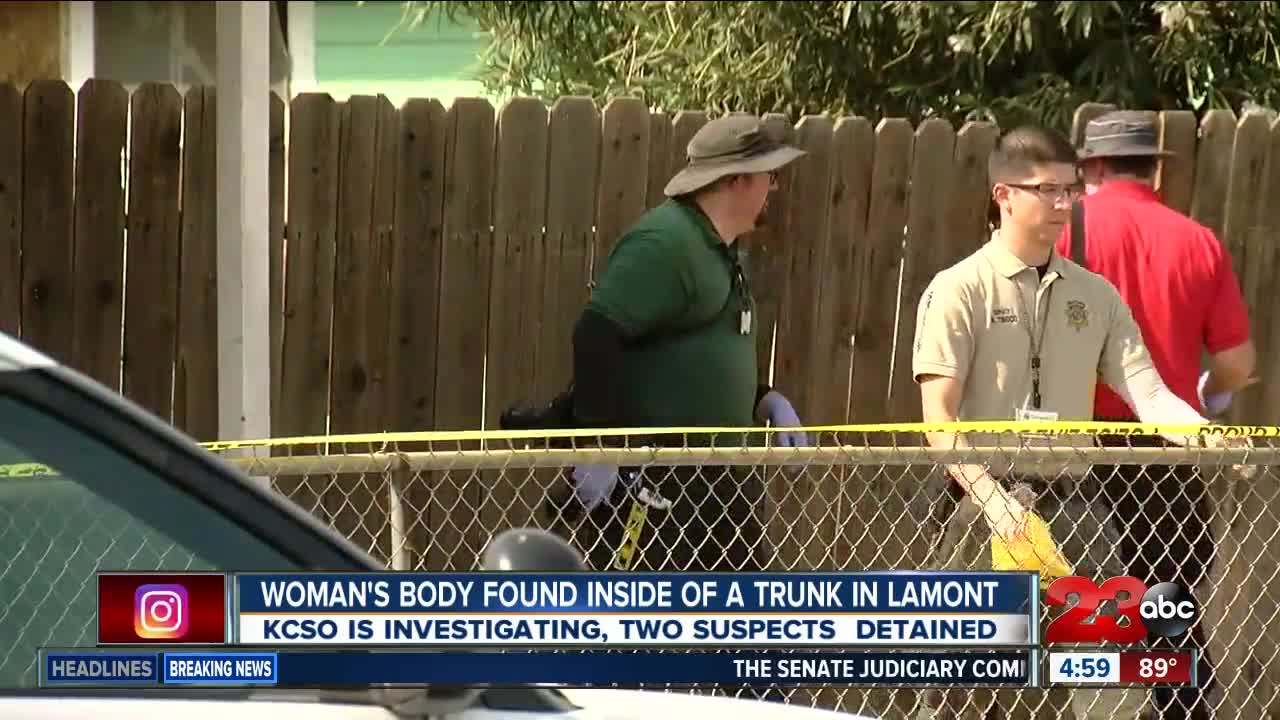 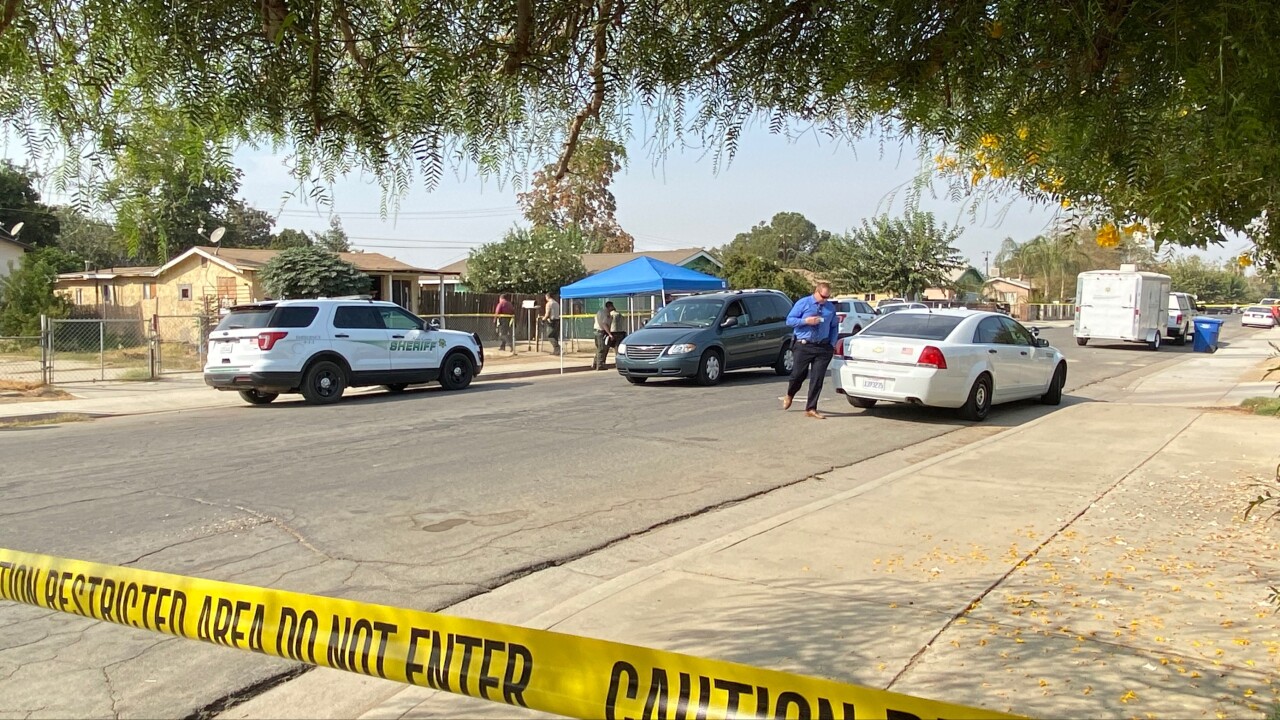 According to the Kern County Sheriff's Office, homicide detectives are investigating the discovery of human remains in the 10000 block of Elmco Ave.

KCSO was called out to the 10,000 block of Elmco Avenue in Lamont Friday morning regarding information on a missing person case. Once they arrived on the scene they said they found the decomposing body of a woman in her mid-twenties in the trunk of a vehicle. She has not been identified as of this time.

According to KCSO, they are questioning two men. One is 37 and the other is 48 years old, and authorities said one of them did live at the home.

23ABC spoke to neighbors who said they did know of a man who lived at the home and he kept to himself but they did not want to go on camera.