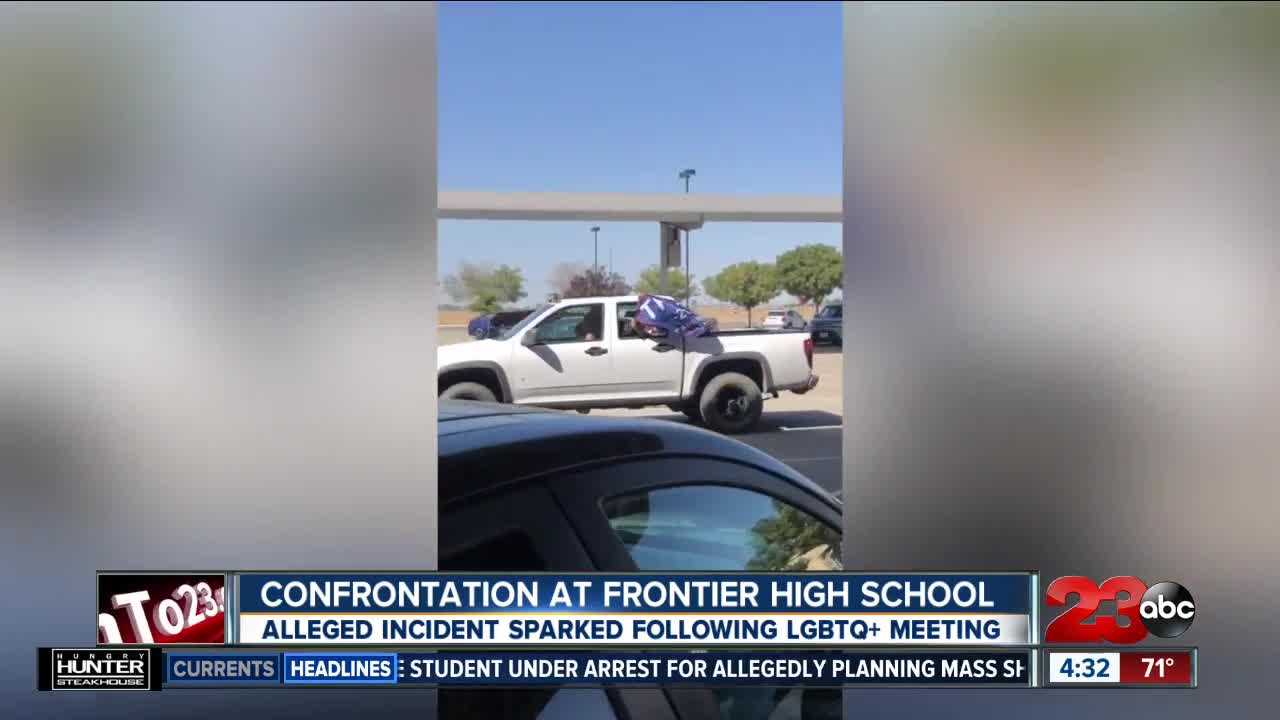 According to a Frontier High School parent's Facebook post, the GSA held its first meeting on Wednesday. After the meeting, student members were confronted by students from the Future Farmers of America holding "MAGA flags" and "straight kids holding hands yelling this is what's right".

The Gay Straight Alliance is a student-led or community-based organization organized in public middle schools and high schools.

The parent also claimed that her son said there has been tension between "FFA and any kids they’ve determined as liberal.

“The Kern High School District and Frontier High School recognize that students have varying viewpoints and opinions. One of the goals of the educational process is to teach students how to communicate respectfully. The reported incident that occurred on Wednesday afternoon at Frontier High School is currently being investigated. Once the investigation is complete, appropriate follow-up measures will be taken."