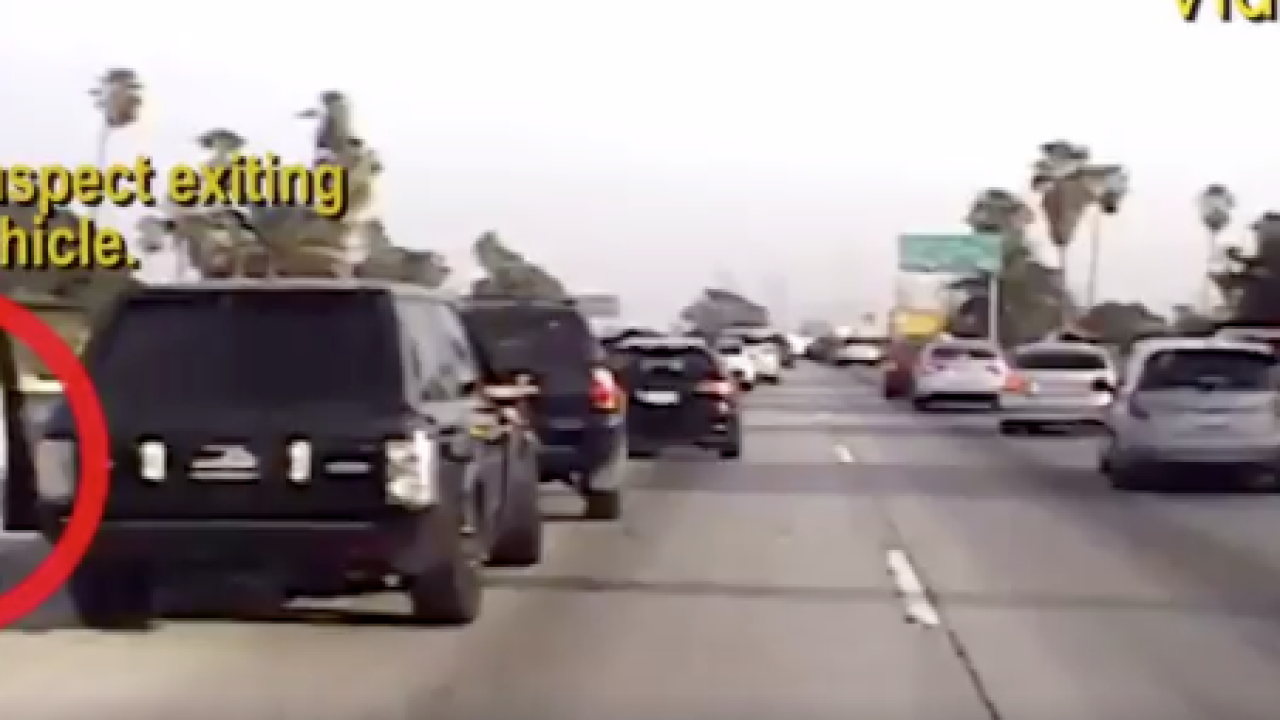 According to LAPD's Twitter page, the suspect has been taken into custody and a gun was found where the suspect ran.

LAPD Officers go in pursuit of a Ranger Rover being driven erratically and at the end of the pursuit an Officer-Involved Shooting occurred. SWAT responded and took the suspect into custody & a gun was found in the area where the suspect ran. Full video 🔗 https://t.co/u1M6mbCJ8w pic.twitter.com/GE3M70RqbR

WARNING: The video below contains footage of an officer-involved shooting and may be disturbing to some viewers.