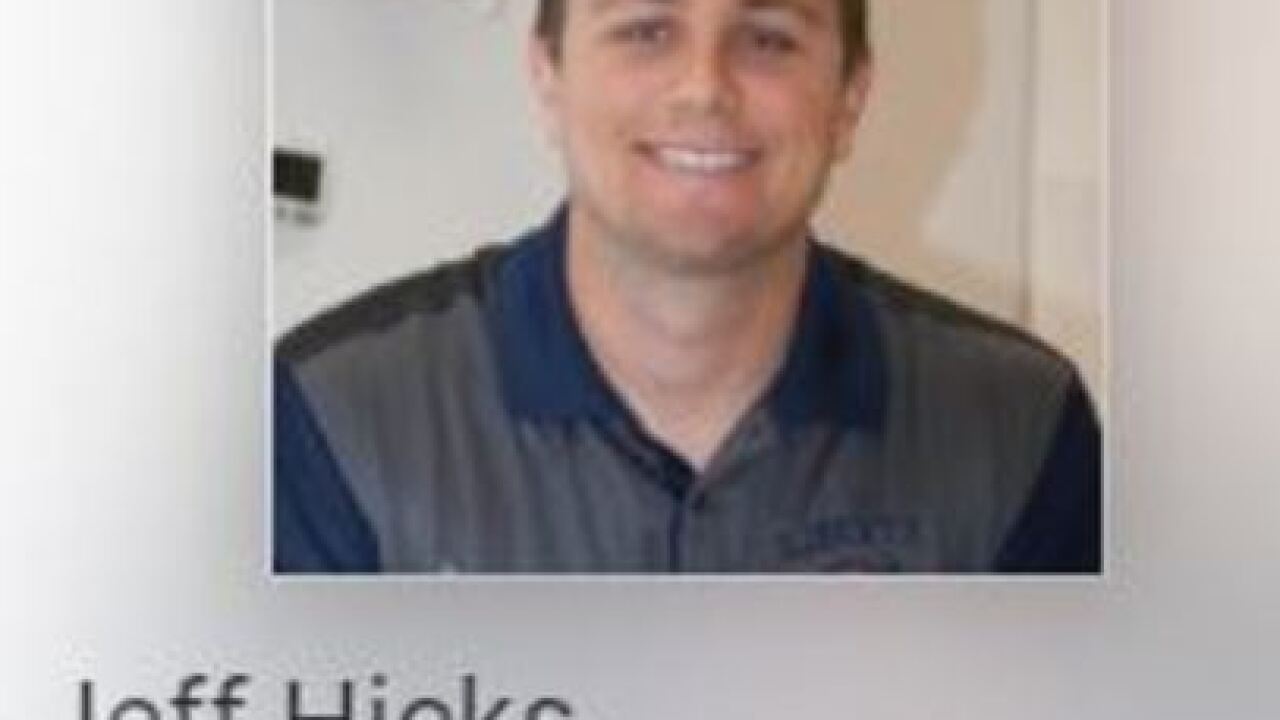 Copyright 2018 Scripps Media, Inc. All rights reserved. This material may not be published, broadcast, rewritten, or redistributed.
Dattage, Monica

BAKERSFIELD, Calif. — UPDATE: According to court documents, Jeff Hicks has been charged with annoying or molesting a child under 18.
--------

Jeff Hicks, the boys varsity basketball coach at Liberty High School has been placed on paid administrative leave according to district officials. It is unclear if Hicks will be coaching any games in the near future.

The Kern High School District confirms that Hicks is on paid leave but could not comment further because it is a "personnel matter."

At this time, the reasons for Hicks' absence is not clear.

Assistant Coach Matt Bhone said that effective yesterday, he has taken over the program.

We have reached out to the Liberty High School athletic director for more information, but have not heard back yet.

Hicks led the Patriots to a 23-5 record last season and reached the quarterfinals for the Central Section Division-1 State Playoffs.