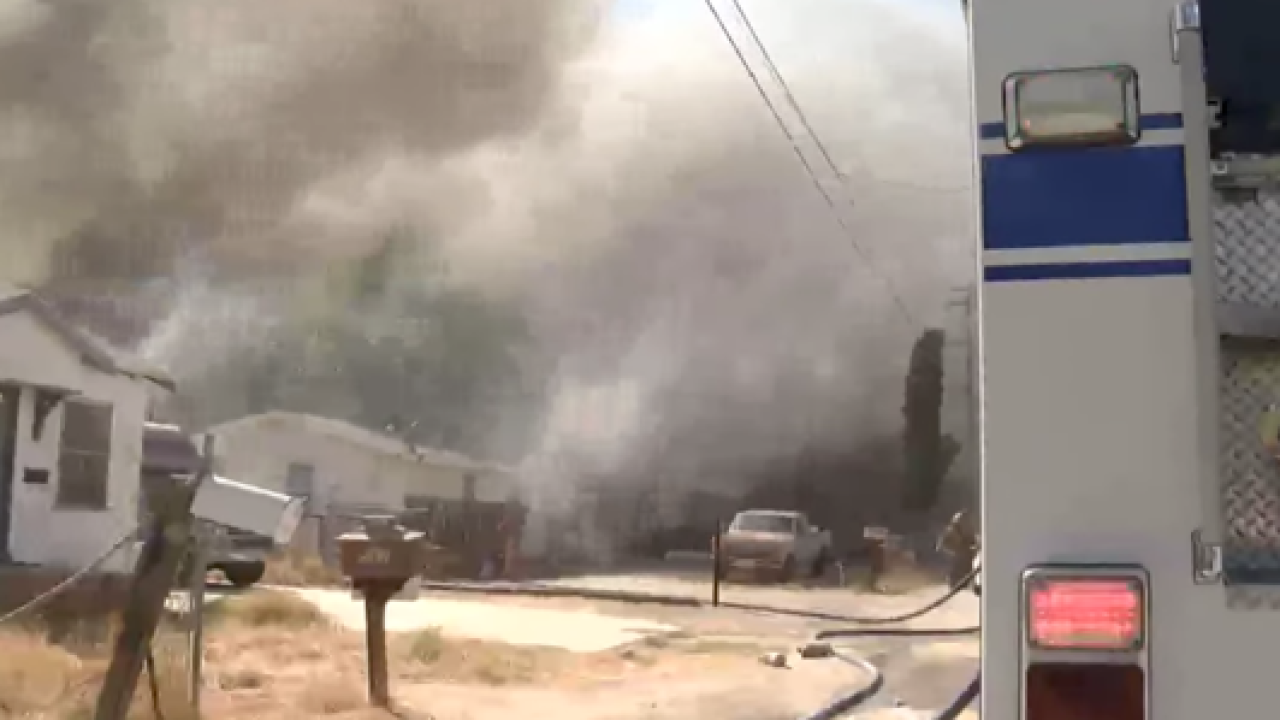 UPDATE (Oct. 9 11:15 p.m.): A GoFundMe has been set up for Denise and Ted Jackson, who lost their home, cars, horse stable and several horses.

The Jacksons and their five children are okay, according to Denise's brother.

At least 30 cars were destroyed, five horses are dead and nobody was injured.

Several homes have burned, some of them were abandoned.

There were 60 firefighters on scene, including a helicopter.

The fire is now contained and crews are working to investigate the cause.

The Riverview Church located at 315 May Street said they have opened their doors to anyone in need of help.

UPDATE (Oct. 9 4:40 p.m.): KCFD is mopping up the fire that was burning near Willow and Oildale Drives. Crews will remain on-scene.

The Oildale Incident fire is threatening livestock and homes in the area of Willow and Oildale Drive.

KCFD is working to set-up evacuations in the area.

RELATED: Photos of several fires burning in Bakersfield area.
Copyright 2017 Scripps Media, Inc. All rights reserved. This material may not be published, broadcast, rewritten, or redistributed.