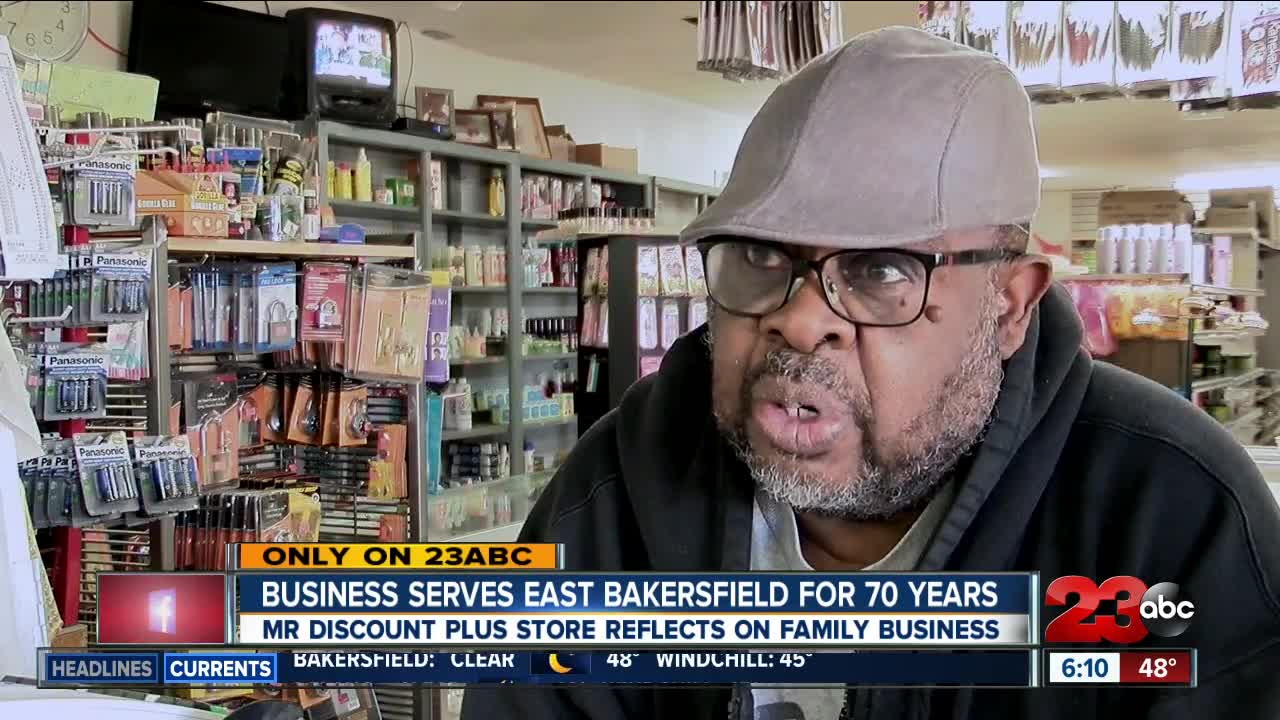 BAKERSFIELD,Calif. — Henry Schipes, owner of Mr. Discount Plus store, says for the past 70 years his family has served the Bakersfield community.

Schipes says his business is more than just a store but a community space to help those in need in the neighborhood.

"I grew up in this neighborhood," Schipes said. "When it was all black-owned businesses that’s one of the things that keeps me inspired and wanting me to continue to operate and have a store. I am the last of the [original] stores in this neighborhood."

Just off Dr. Martin Luther King Jr. Blvd on the Eastside lies the Mr. Discount Plus store. The store is filled with everything from groceries, hair care products and other household items.

Schipes says he constantly reflects on what the store has always meant to him.

"During the Civil Rights movement, Dr. King opened doors to us," Schipes said. "One of the things he didn’t get to do before he was assassinated, was push the economic message because what we did was we stopped supporting our businesses."

He says his family was one of 30-to-40 mom and pop shops at one point that could be found throughout the Eastside.

Schipes says the majority of those stores were once all African American owned.

"This used to be all Cottonwood at one time and it was a mile-long stretch from Brundage Lane to East California," Schipes said. "All the stores were [a part] of a business district."

Schipes says he will continue to stay here, as an example to future generations by offering a space for community organizations.

"I try to keep my property and store open and available to organizations that come to me about doing events," said Schipes. " [We do] drives like clothes giveaway, we just had an MLK free dinner and during Thanksgiving, we feed the community [here]."

Schipes says each year it is becoming more difficult to stay open with fewer people shopping at small businesses, another reason for the closing of the past neighboring shops.

Schipes adds he still has a goal to create additional jobs and dreams to expand his shop all while supporting the community.

"I enjoy doing this and a lot of times I was saying that I was going to give up," Schipes said. "Then they [the community] keeps saying they need me and that you are the only store we have left, and that means a lot. Also, this inspires others so they can operate something similar."

You can catch Schipes at the store every day, except on Sunday from 8 a.m. to 10 p.m. keeping his history and legacy alive. If you know someone in your community who you think deserves to be recognized be sure to email us at kero.news@kero.com.