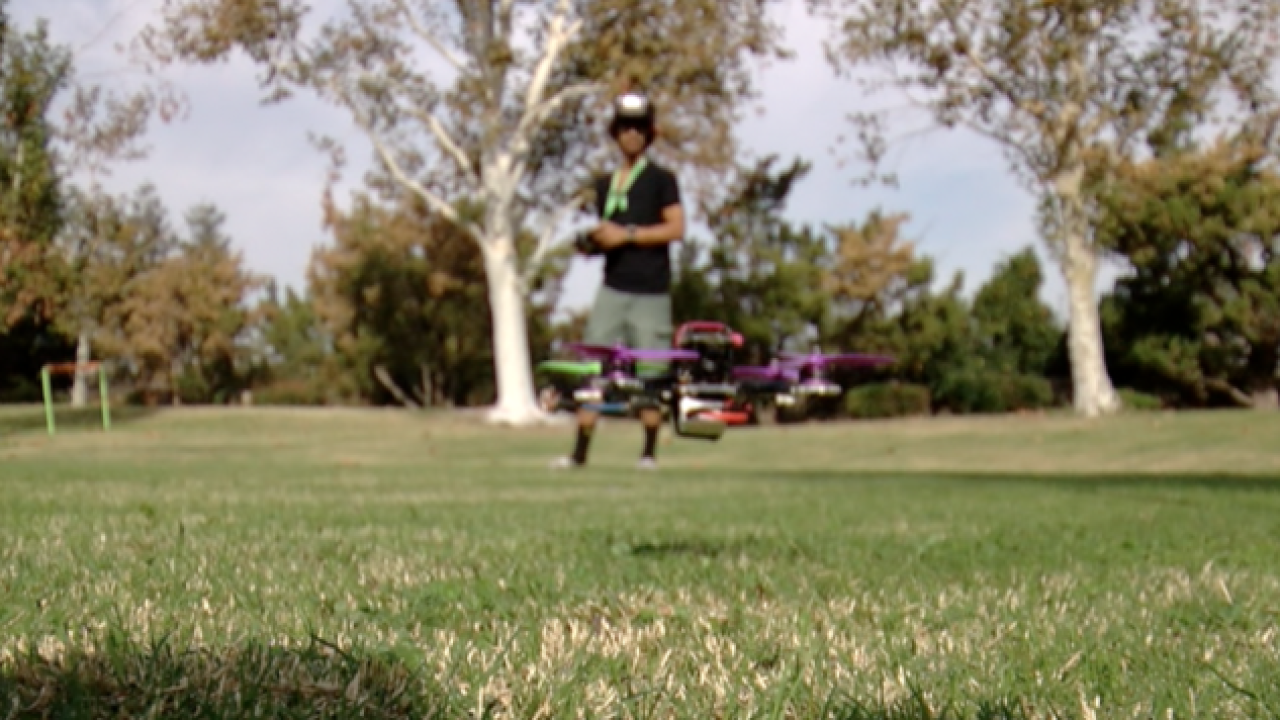 You've seen drone footage showcasing landscapes, and even disaster stricken areas, but the new technology is being used for something completely different by a group of men in Bakersfield.

The Bakersfield Multi Rotor Club is the only official drone racing club in Bakersfield.

Nicholas Barton, a member of the club, began racing drones two years ago and hasn't stopped since, practicing the sport every moment he can.

"Drone racing actually like puts you in the perspective of the drone, it feels like you're actually the one flying it, you know?" Nicholas said.

Before the drones can speed race into the sky, club members have to build them. Nicholas spends time piecing together every single one of the drones in his extensive collection. The drones consist of motors, propellers, and a distinct piece that Nicholas describes as being vital to racing.

"The most important part is the FPV camera here, that feeds back video to a set of googles" said Nicholas.

Once every member's drones are geared up and ready, the countdown for the race begins. A track is set up, the drones are set on certain markers, and goggles are lowered.

The men use the googles to see where their drones are headed, making sure they avoid hitting the track and keep their drones in tact, but the fascination with the sport doesn't stop.

At the end of the rounds, whoever has the most points is declared the winner of the race. Mathew Stevenson, the president of the club, said the sport comes all down to skill of the pilot.

The club meets almost every Saturday to give members a shot at winning in the highly competitive sport.