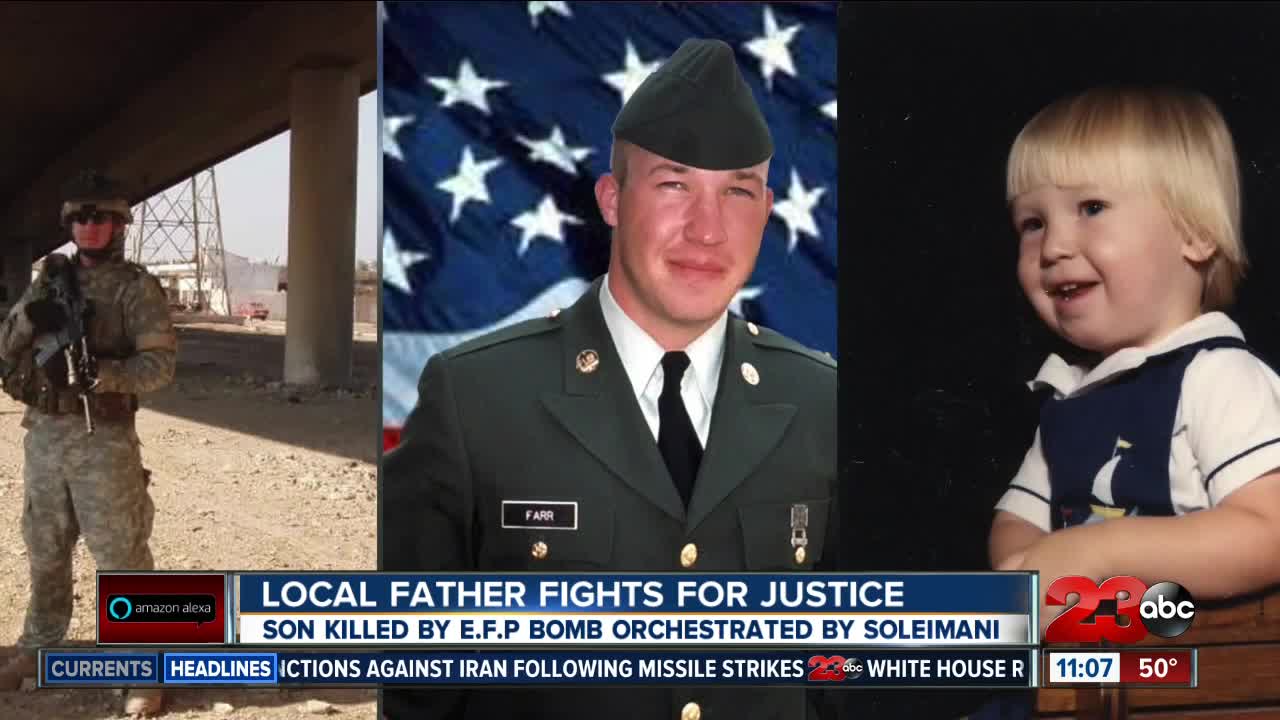 BAKERSFIELD,Calif. — It has been 14 years since Bakersfield native Patrick Farr, lost his youngest son, Clay Farr, who was killed by an EFP bomb in Iraq.

Now, Clay's picture hangs in the Portrait of a Warrior Gallery in downtown.

Farr shares this past week has been like no other, after learning about the death of General Soleimani.

Farr says he was responsible for his son's death and many other Americans.

"The world is better off without general Soleimani," Farr said. "[People] who are trying to define Soleimani, than a different individual than he is, in my view, is complete nonsense. They have no idea what they are talking about. This man is nothing but Dr.Death and I am glad that he is gone."

Farr shares that he has five pending lawsuits in Washington D.C. suing Iran.

One lawsuit includes Soleimani's involvement in the creation and funding of the EFP bombs, which took his 21-year-old son's life.

"Last year we were finally in court for a lawsuit for Soleimani's actions towards the U.S. soldiers he killed," Farr said. "We sued Iran and we did prevail in the lawsuit and it's still ongoing, we are in the final stages."

Clay Farr is not the only servicemen on the wall, in the gallery that lost their life to Soleimani, but also 32-year old Brian Freeman.

"In respect to Brian Freeman, who was in a civil affairs unit and there was a directive from General Soleimani, to capture that civil affairs unit," said Jason Geis, executive director for Portrait of a Warrior.

"[The unit] was captured, tortured and killed and that was a direct tie back to the general killed in the drone strike."

Farr will continue to fight in honor of his son, by sharing his story, like having a feature with the New York Times.

Farr says he wants to remember his son the prankster, who loved people but more importantly loved his country.