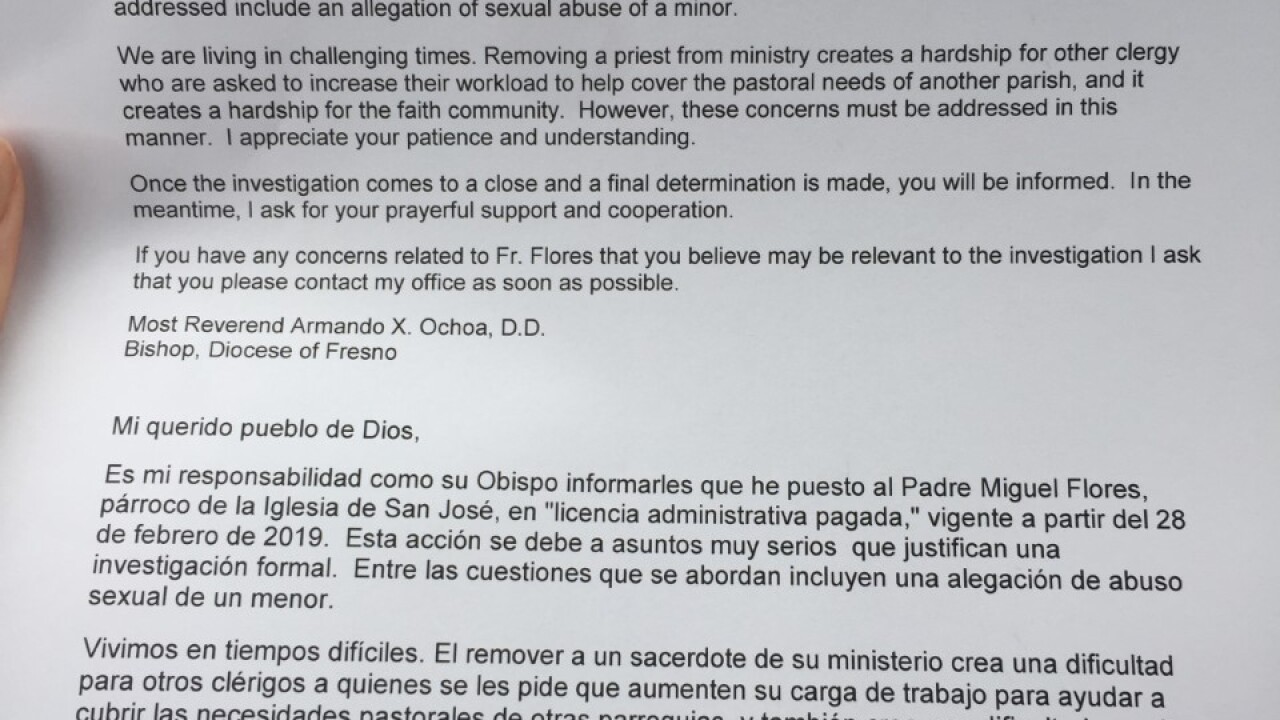 BAKERSFIELD, Calif. — Father Miguel Flores of St. Joseph Catholic Church in Bakersfield has been placed on "paid administrative leave" after being accused of sexually abusing a minor. The Fresno Diocese announced Flores's leave to its parishioners at St. Joseph on Sunday, March 3.

The Fresno Diocese says it is "deeply concerned about the impact this is having on the faith community of St. Joseph Church", but deemed the removal of Flores as necessary.

23ABC contacted the Bakersfield Police Department and the Kern County Sheriff's Office, both of whom said they are not currently investigating the church or Father Flores.