Local student takes a taxi to get assistance with distance learning

Local student takes a taxi to get assistance with distance learning 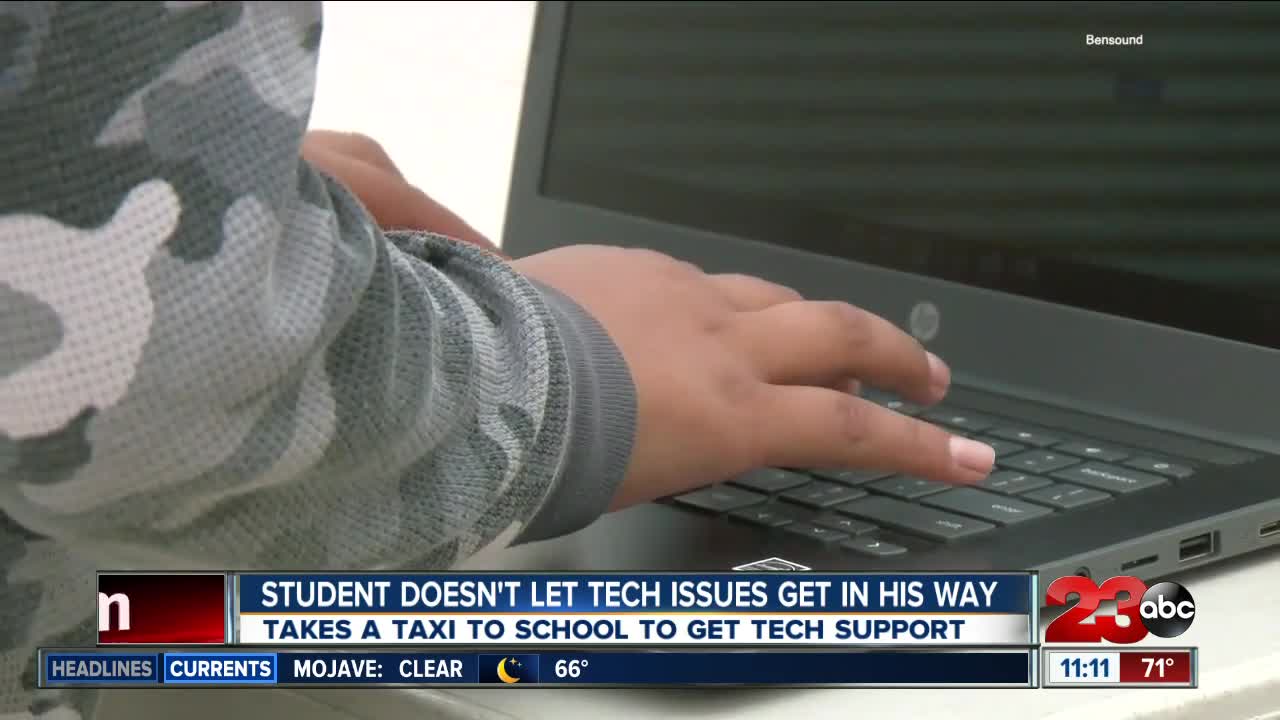 He's originally from Guatemala and is still learning English.

He, like many students around the county, is participating in distance learning.

On Wednesday, he started to have issues with his school-issued Chromebook.

Unfortunately, he had no one to help fix it, but he didn't give up.

Instead, he came up with a plan of action.

"I was having issues with my computer and I didn't have access to a working cellphone," said Leon. So, I decided I was going to get a taxi to get help with my Chromebook because I didn't want to miss out on my studying."

So the middle schooler took a 10 minute and $20 taxi ride to his school so staff could help.

When he showed up the staff was surprised to see him.

He told them he took the trip during lunch break so that he could make it back on time for his next online class.

"It makes you appreciate working in education and students like him make you feel like you are having a great impact," said Christian Broussard, campus supervisor.

The staff at Compton say they all have been inspired by the 13-year-old's drive and determination to learn.