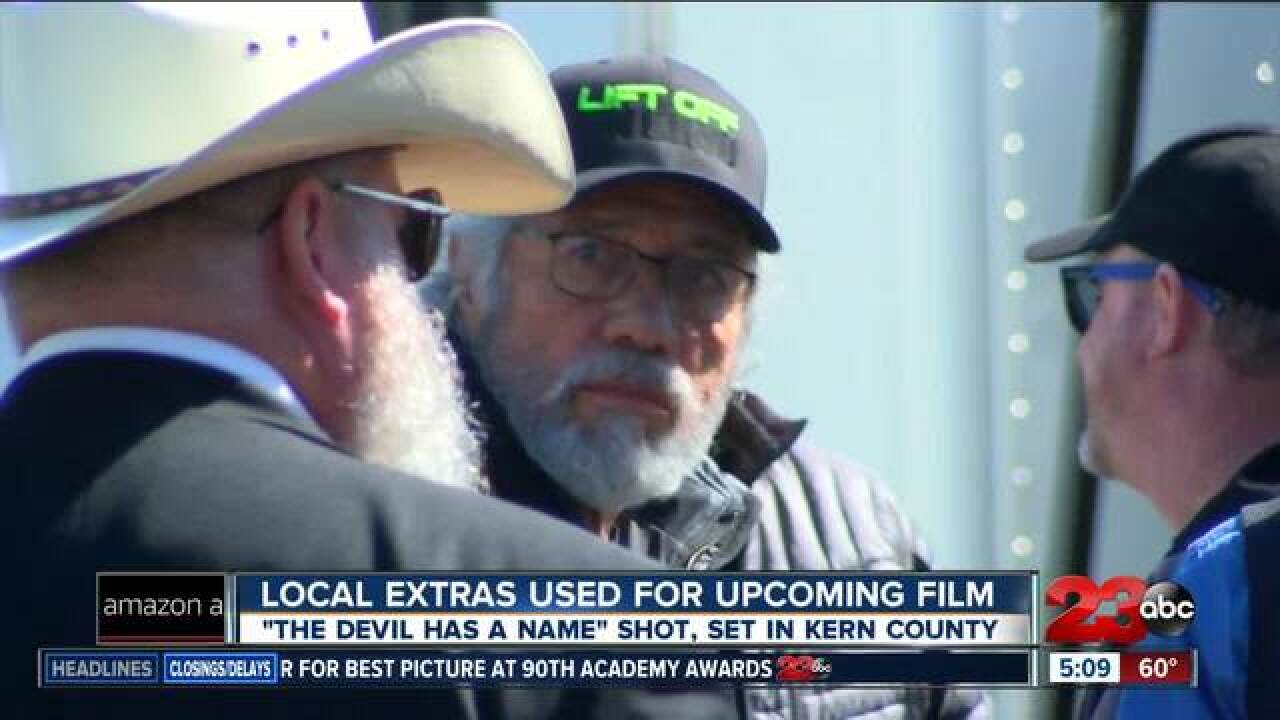 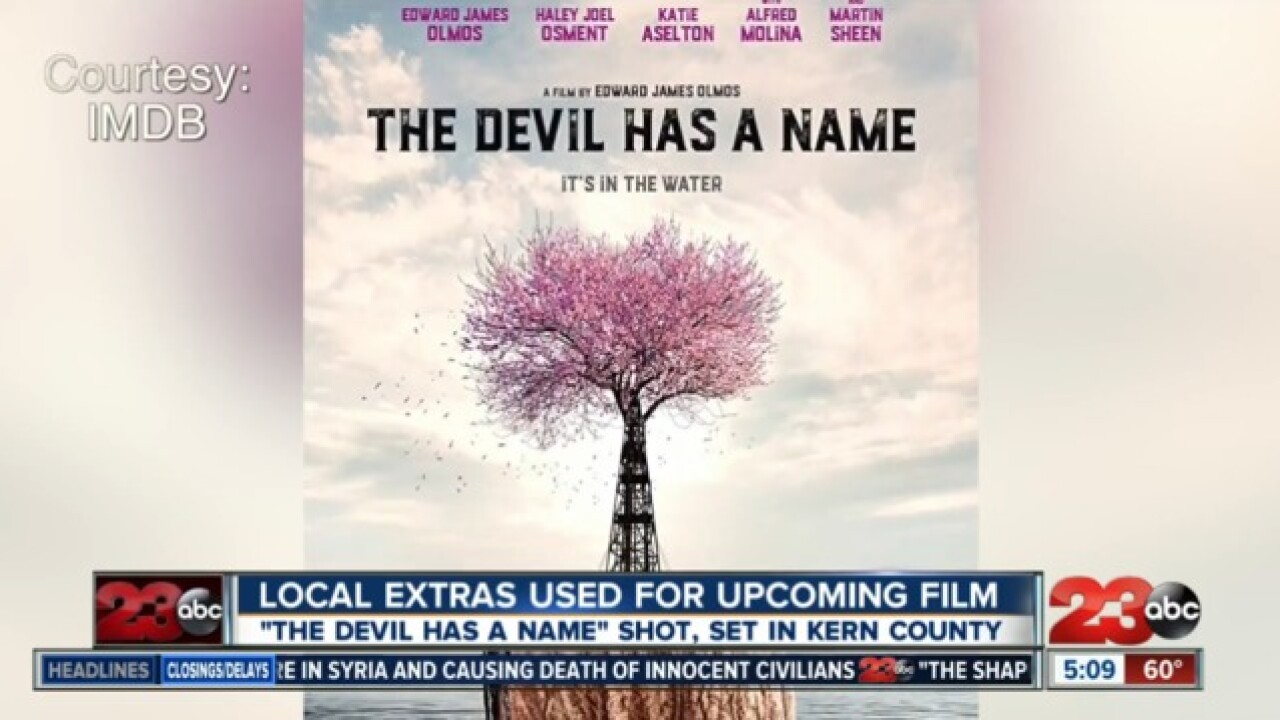 Kern County residents had the chance to be filmed as extras for an upcoming major motion picture on Monday.

"The Devil Has a Name," an upcoming film starring Dave Strathairn, Kate Bosworth, Martin Sheen and Alfred Molina, filmed scenes for the movie at Buck Owens Crystal Palace and Casablanca Nightclub in Bakersfield.

The movie is about "a psychotic oil matriarch [who] leaves the whole industry exposed when she attempts to outfight a bullish farmer whose water has been poisoned," according to IMDB . Edward James Olmos is directing and acting in the movie. The film's story is set in Kern County, and producers say about half the movie has been shot here.

Close to 150 locals were out at the Crystal Palace being used as extras in the film, and others were used at Casablanca late Monday afternoon.

Scenes from the film have also been shot at a home and an almond orchard in Kern County. Filming is expected to wrap on the film sometime this week. Release is currently slated for 2019.