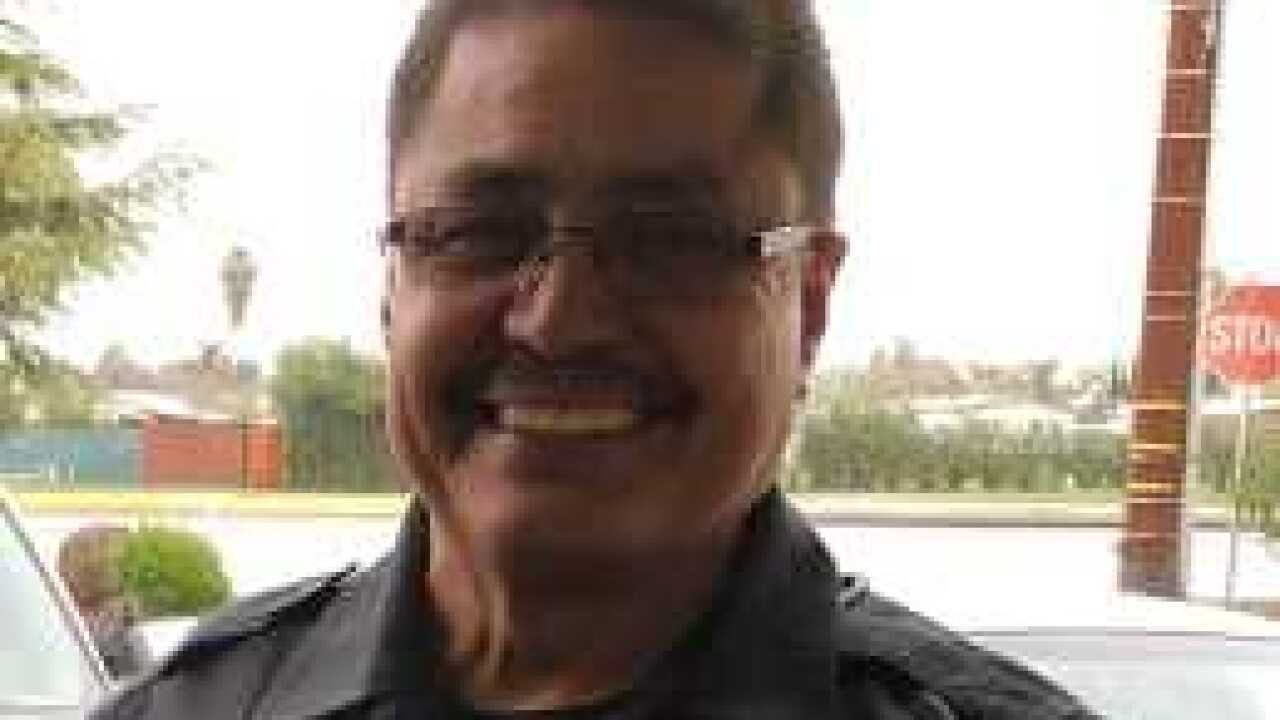 BAKERSFIELD, Calif. — A longtime Kern High School District officer has passed away after 23 years with the District.

According to his obituary, Abelardo "Lalo" Celedon Sr. died on Wednesday, March 20 surrounded by his wife and children. Celedon spent 40 years in law enforcement. Twenty three of those years were spent as an officer with the Kern High School District Police Department.

The Kern High School District released this statemend on Celedon's passing, calling him a "man of integrity."

Celedon was 61-years-old. He is survived by his wife, five children, and six grandchildren. He passed before being able to meet his seventh grandchild.