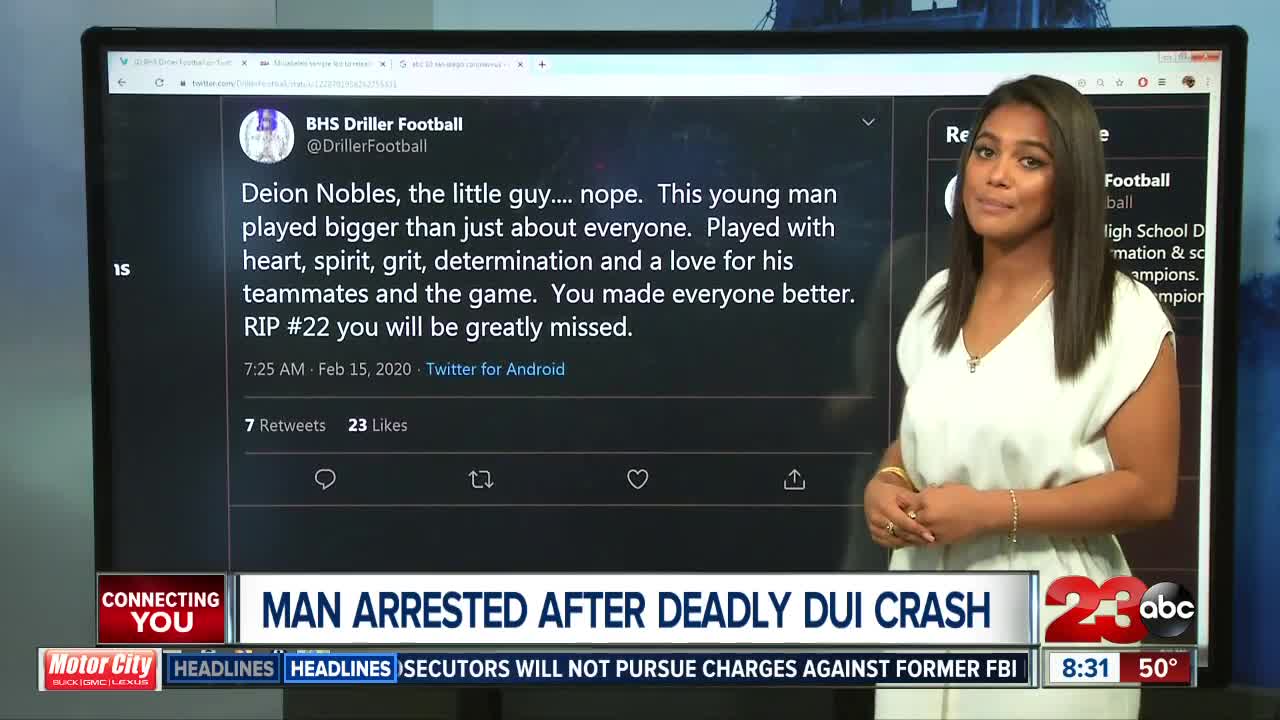 Bakersfield High School also shared a post on social media, expressing their regards and thanks for their time with Nobles.

Bakersfield Police responded to the scene at about 6 p.m. for reports of a major injury crash in Central Bakersfield. Upon arrival officers discovered the crash that involved a motorcycle driver and a pick up truck.

Jermaine Ervin Jr., who claims to be a family member of Deion's, said via Facebook that Deion was the man riding the motorcycle who suffered major injuries and who was later pronounced dead at the scene.

The pickup truck driver, Torres Dawson, remained at the scene and was eventually determined to be intoxicated.

Dawson was arrested for DUI and for gross vehicular manslaughter, and then booked into the Kern County Jail.