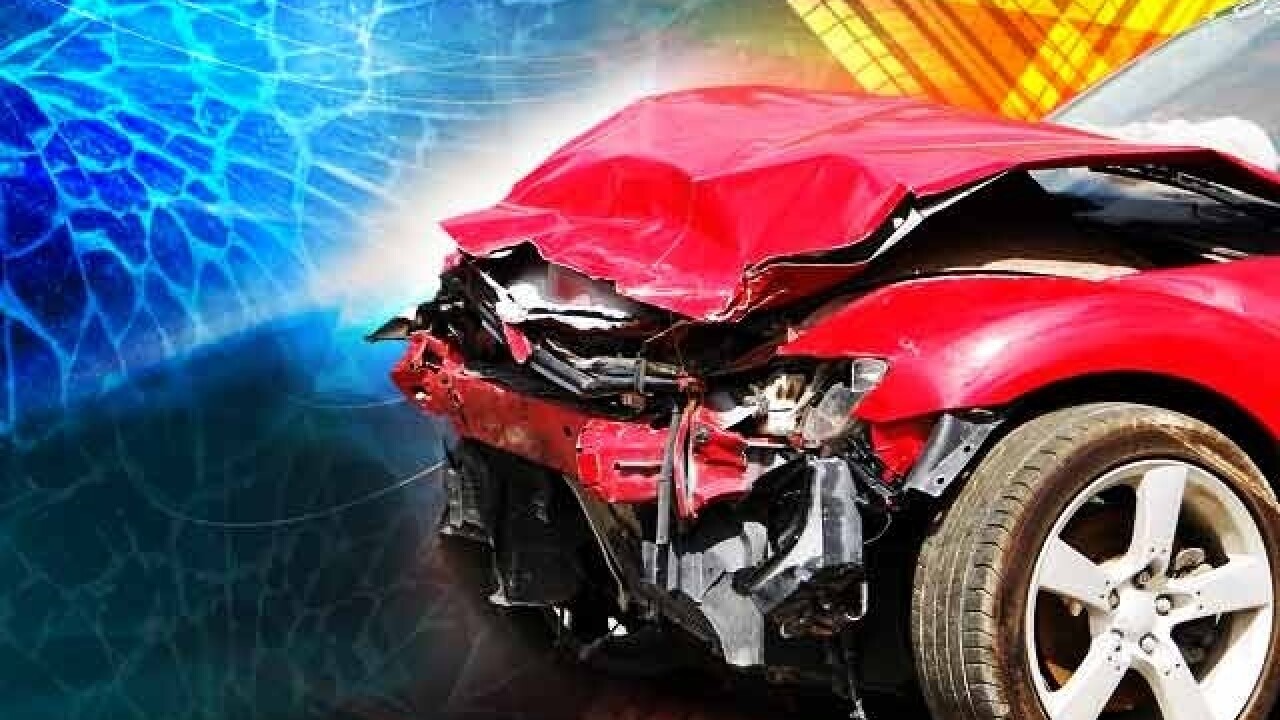 BAKERSFIELD, Calif. — UPDATE: All roadways now open, according to the Bakersfield Police Department.

Bakersfield police say a minor was one of the three patients transported to the hospital.

Officials say they have downgraded the minor's injuries from major to moderate.

The Bakersfield Police Department initially told 23ABC News that a baby was inside one of the vehicles, but now officials say a baby was not involved.

Traffic restrictions are to be lifted momentarily, according to BPD.
--------

Three people involved in the collision have been transported to the hospital with various injuries, according to the Bakersfield Police Department.

As of 8:20 p.m., all traffic restrictions are still in place.

According to the Bakersfield Police Department, two vehicles collided with each other on Ming Avenue and Valhalla Drive at about 7:15 p.m.

Officials said one vehicle rolled over as a result of the collision.

Moderate to major injuries are reported in this collision, according to BPD, who said a baby was involved as well. Police did not confirm the baby's condition.

There are several traffic restrictions in the area.

This is a developing story. Updates to come as information becomes available.