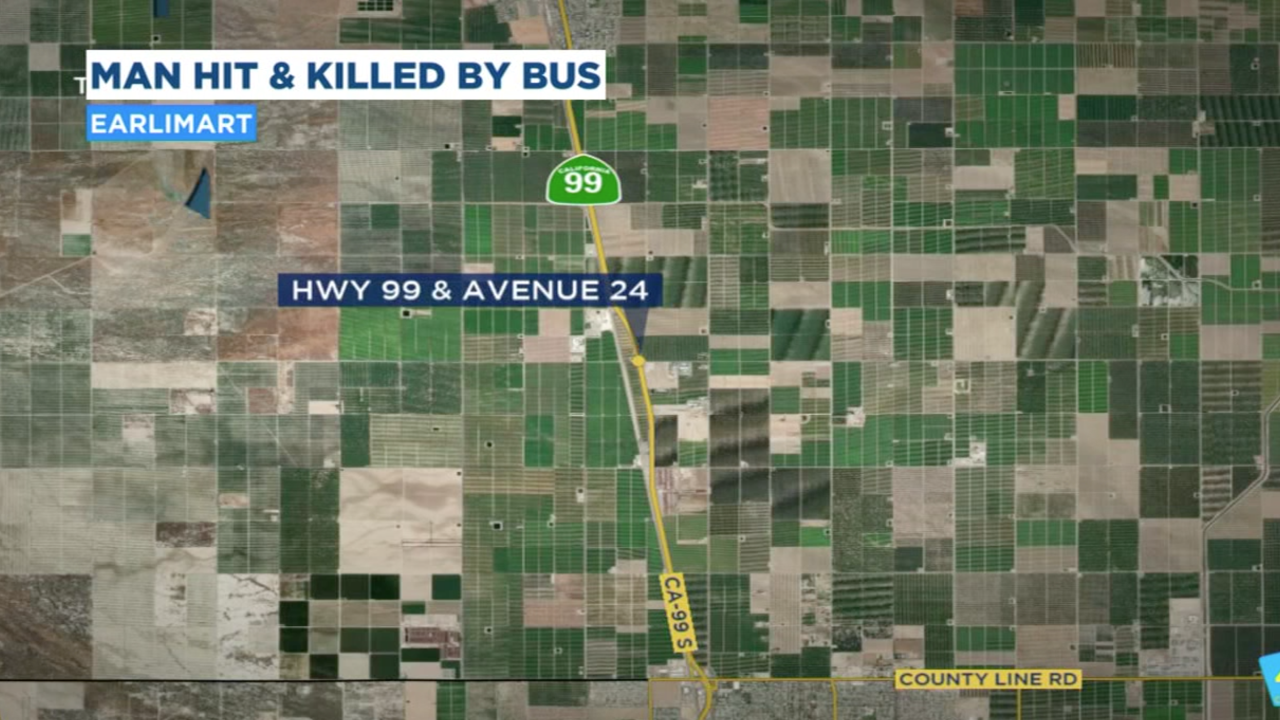 The California Highway Patrol is investigating deadly crash after a Greyhound bus hit and killed a man.

The crash happened just after 9 p.m. Sunday on Highway 99 near Avenue 24, just south of Earlimart, which is north of Delano. Officers say the bus driver was headed north to Fresno when he merged onto a lane, striking a man that had just walked from the median onto the roadway. Police say he died at the scene.

There were 23 passengers on the bus at the time of the collision. None of them were hurt.

The driver says he did not see the victim and is cooperating with investigators.