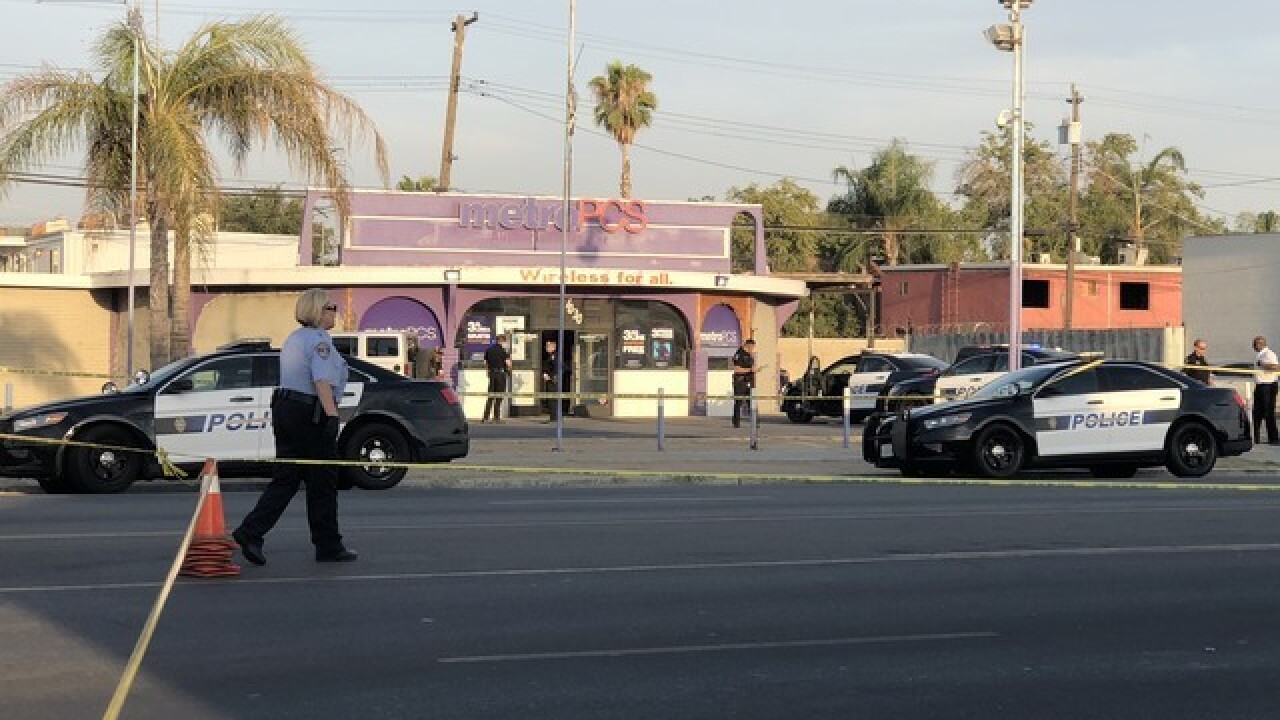 One of the men who was shot at a Metro PCS on Chester Avenue in August has died.

According to the Kern County Coroner's Office, 28-year-old Trayvale Chance Gentry Carlson was one of two people shot at Metro PCS on Aug. 30.

He died on Saturday morning.

According to Bakersfield Police, two armed suspects entered the Metro PCS and at least one pulled out a gun and pointed it at employees and customers in the store.

Police say an armed security guard working at the store pulled a gun and confronted the robbers. The guard fired his gun, hitting a suspect. The other suspect took off from the store.

A customer was also hit, but sustained non-life threatening injuries.