Men rescued after attempting to drive across San Joaquin River 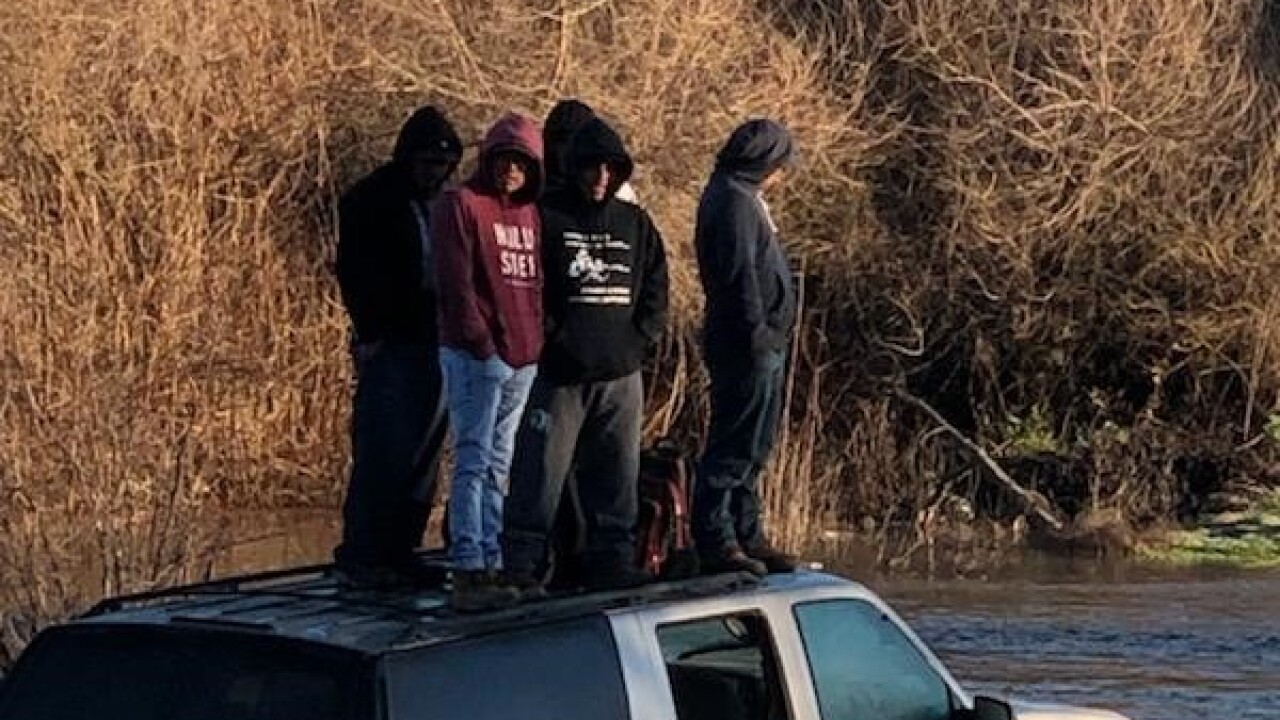 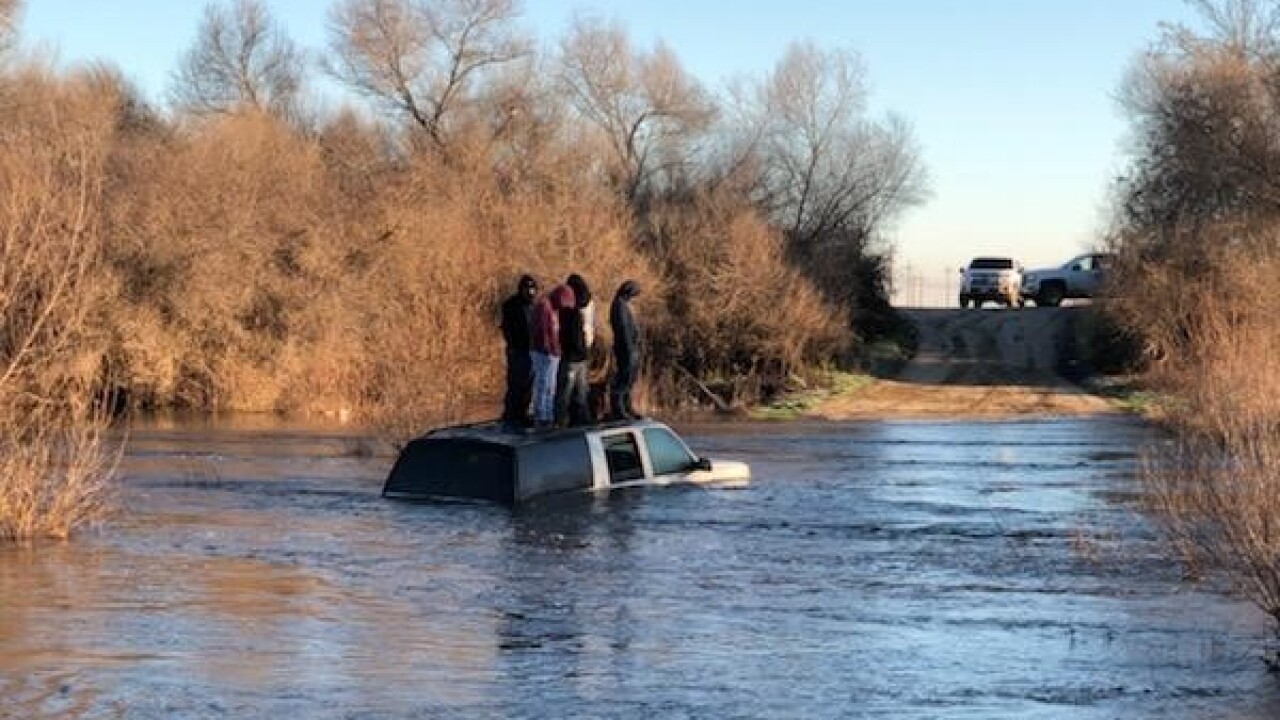 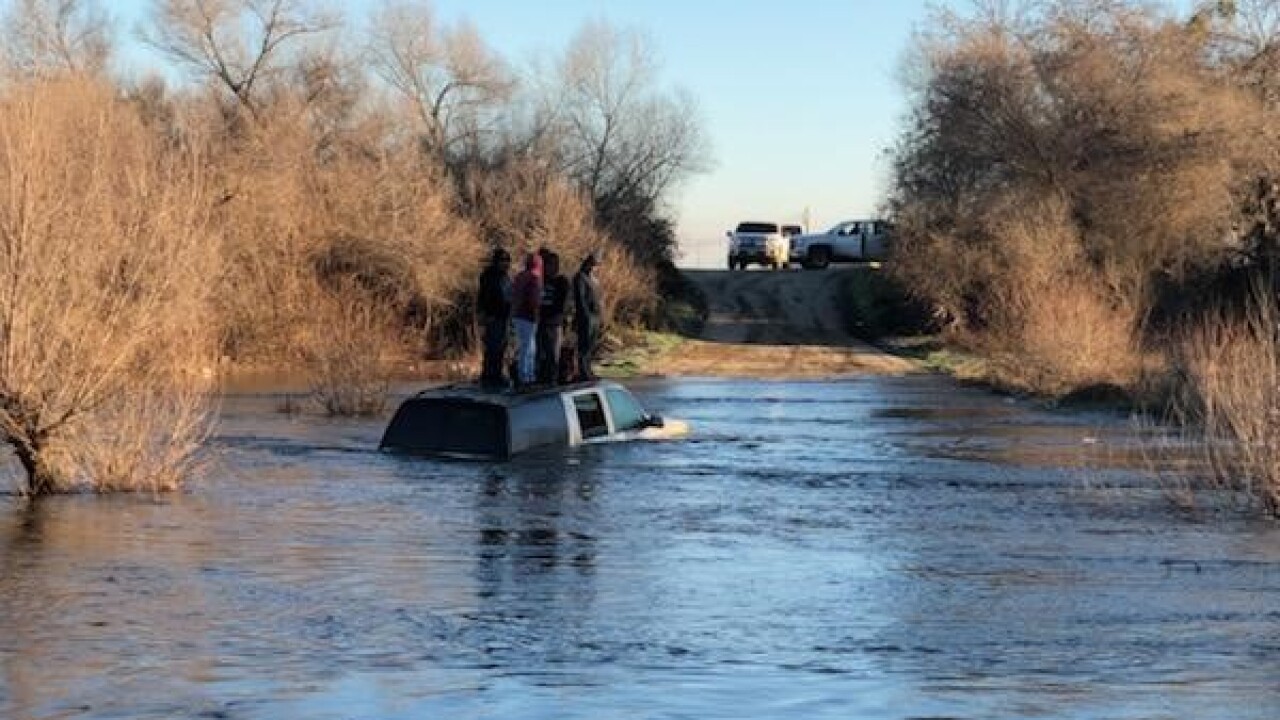 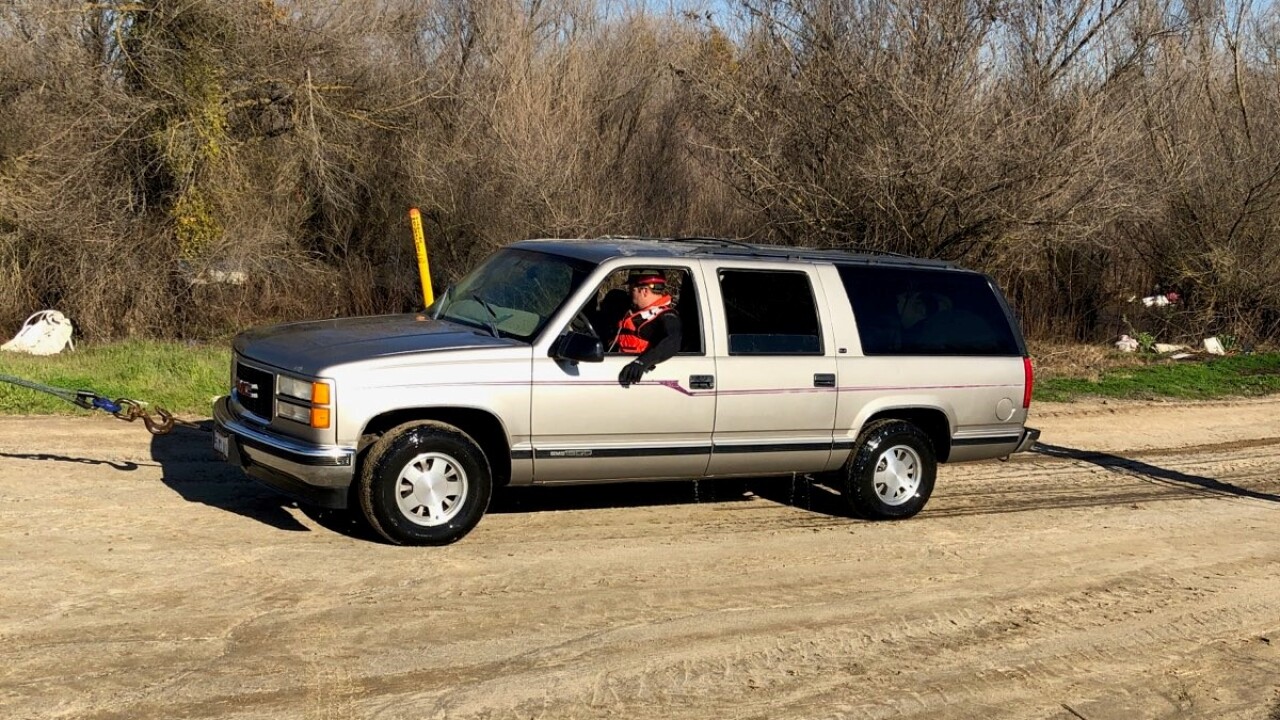 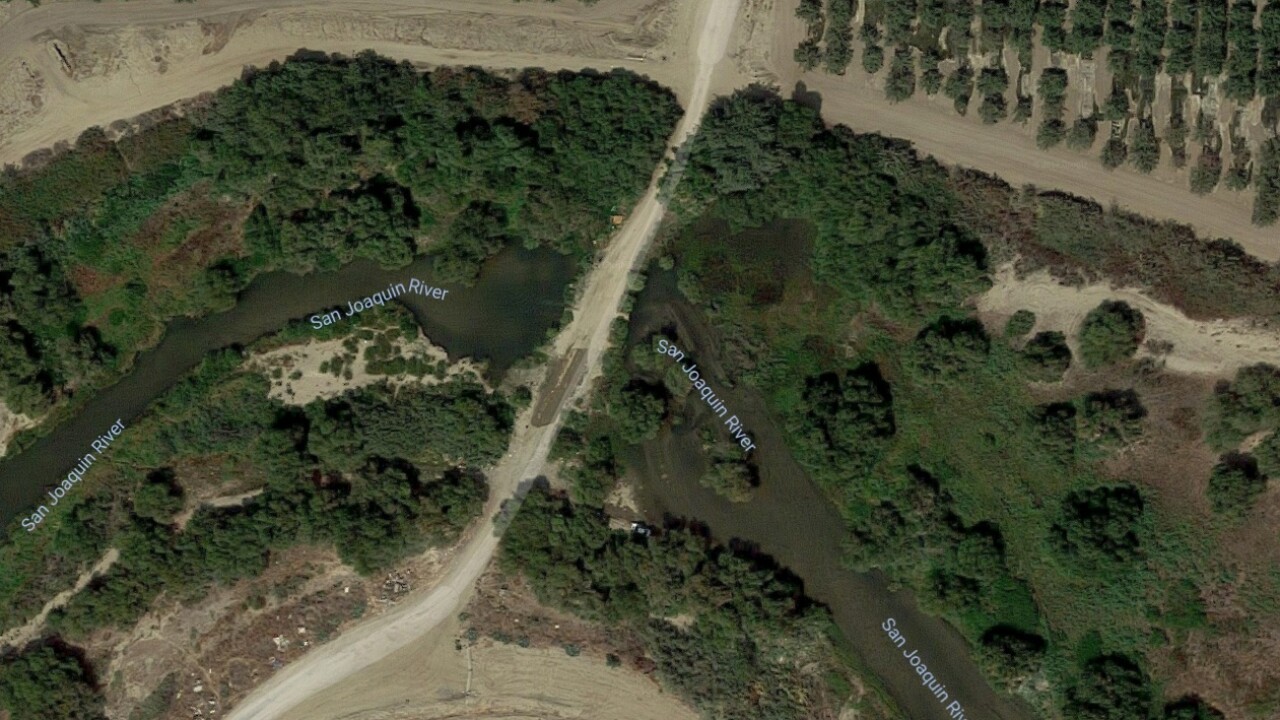 FRESNO, Calif. — On Tuesday, February 19, just after 6:30 a.m., five field workers attempted to cross over the San Joaquin River in their SUV.

According to the Fresno County Sheriff, they drove to where it dead ends, and however the water level was above the path and the man behind the wheel still drove through. This led the SUV to become submerged in the water.

The men where able to escape the vehicle and stood on the roof until rescue came.

Cal Fire firefighters rescued all of the men and were able to tow their vehicle from the water. No one was injured in the incident.