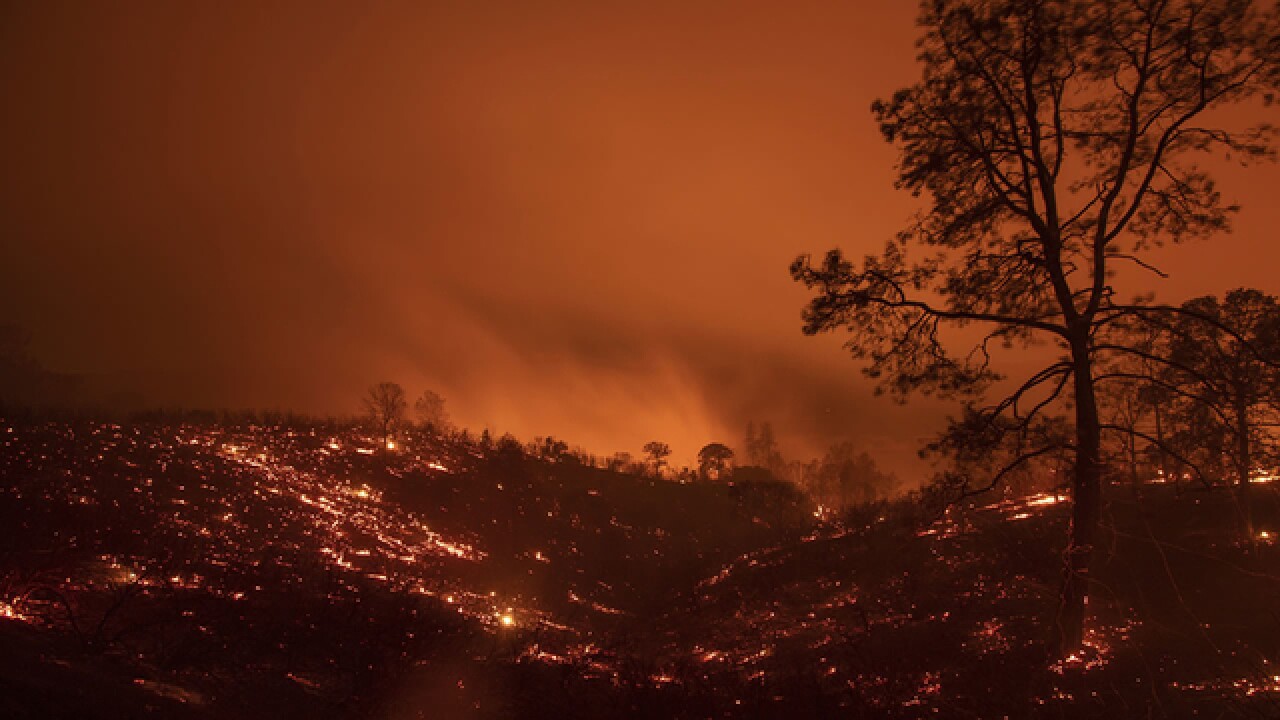 Copyright 2018 Scripps Media, Inc. All rights reserved. This material may not be published, broadcast, rewritten, or redistributed.
<p>A hillside smolders after flames passed through during the Ranch Fire in Clearlake Oaks, Calif., on Sunday, Aug. 5, 2018. (AP Photo/Josh Edelson)</p>

The Mendocino Complex fire continues to burn throughout the state of California and is now said to be the largest wildfire in California history according to AP.

The fires burning a few miles apart and known as the Mendocino Complex ignited July 27 and encompass an area the size of Los Angeles. It's the second straight year that California has recorded the state's largest wildfire.

That surpasses a wildfire last year in Southern California that burned 281,893 acres (440.5 square miles or 1,140.8 kilometers). That one killed two people and destroyed more than 1,000 buildings.

The new fire has burned 75 homes. It is mostly burning in remote areas but has forced thousands of people to evacuate.