Monarchs will soon make their way to Pismo Beach 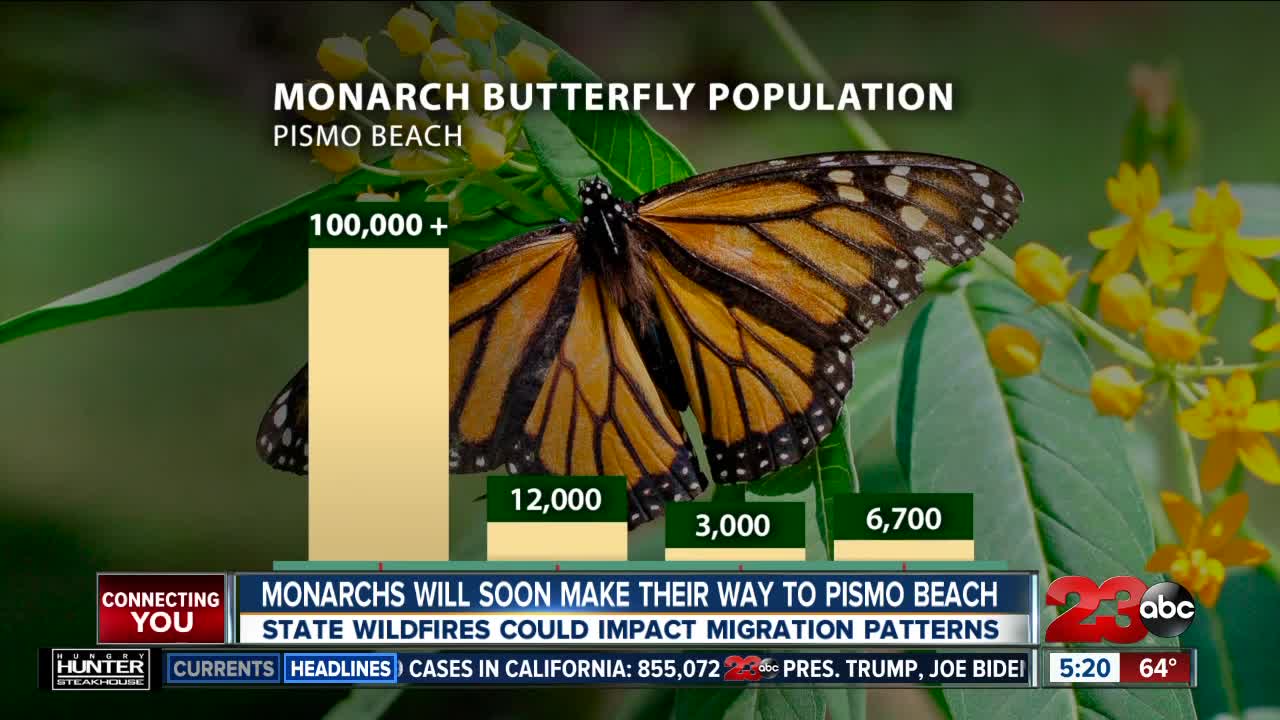 Now through February butterflies start making their way to the Monarch Butterfly Grove in Pismo Beach.

Now through February butterflies start making their way to the Monarch Butterfly Grove in Pismo Beach.

The monarchs migrate to California to escape the freezing temperatures of the northern states but wildfires on the West Coast could impact their migration patterns. In 2017 there were about 12,000 monarchs. In 2018 the population dipped to 3,000.

Last year 6,700 were counted in Pismo Beach which was about a quarter of the entire population.

One monarch conservationist says some of the monarch migration sites have been burned from the state's ongoing wildfires and this could impact their migration.

For conservationists to get a snapshot of the size of the population the butterflies will be counted for several weeks beginning around thanksgiving.