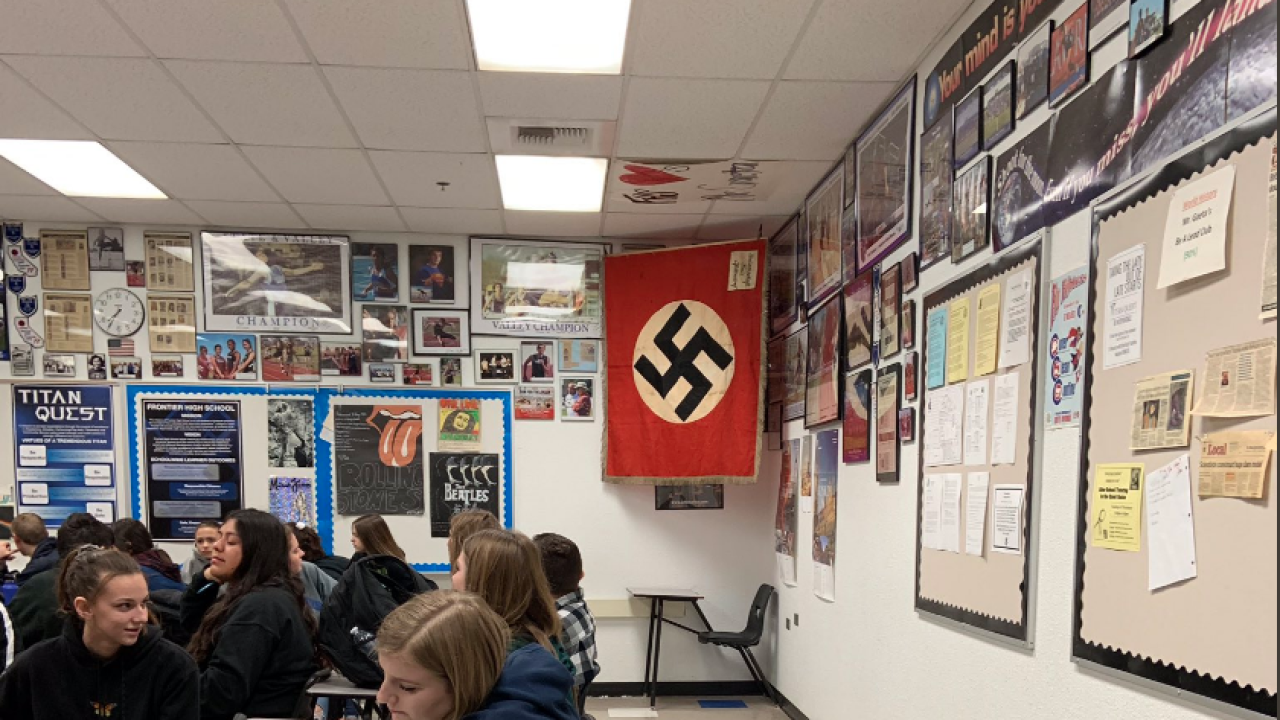 BAKERSFIELD, Calif. — A mother is voicing her concern on Twitter after a Nazi flag appeared to be hanging in a Frontier High School classroom.

According to the tweet, the flag was hung in the classrom because "they're studying the Holocaust."

So this evening, daughter says that the school knows about this & bcuz they’re studying the Holocaust “it’s okay”!! Um excuse me, they wouldn’t put up a poster of two people engaging in sex in health class! Why?!Bcuz it’s OFFENSIVE! @FrontierTitans @KGETnews @bakersfieldnow @CNN pic.twitter.com/nbhnqM8BKx

According to Erin Briscoe, the Public Information Officer for Kern High School District, the flag was brought back by the social studies teacher's World War II veteran relative. Briscoe says the flag brought in by the teacher as an authentic historical article from World War II.

Briscoe says the teacher has brought the flag to class in the past and it has never been an issue. The teacher had spoken to the Frontier High School principal before bringing in the flag and received permission.

Brisco also says the teacher said they meant no offense to anyone and wanted to show his class and authentic piece of history.

Briscoe told 23ABC that the flag has since been removed from the classroom.