Mudslides, flooding shuts down both directions of PCH near LA, Ventura county line in Malibu 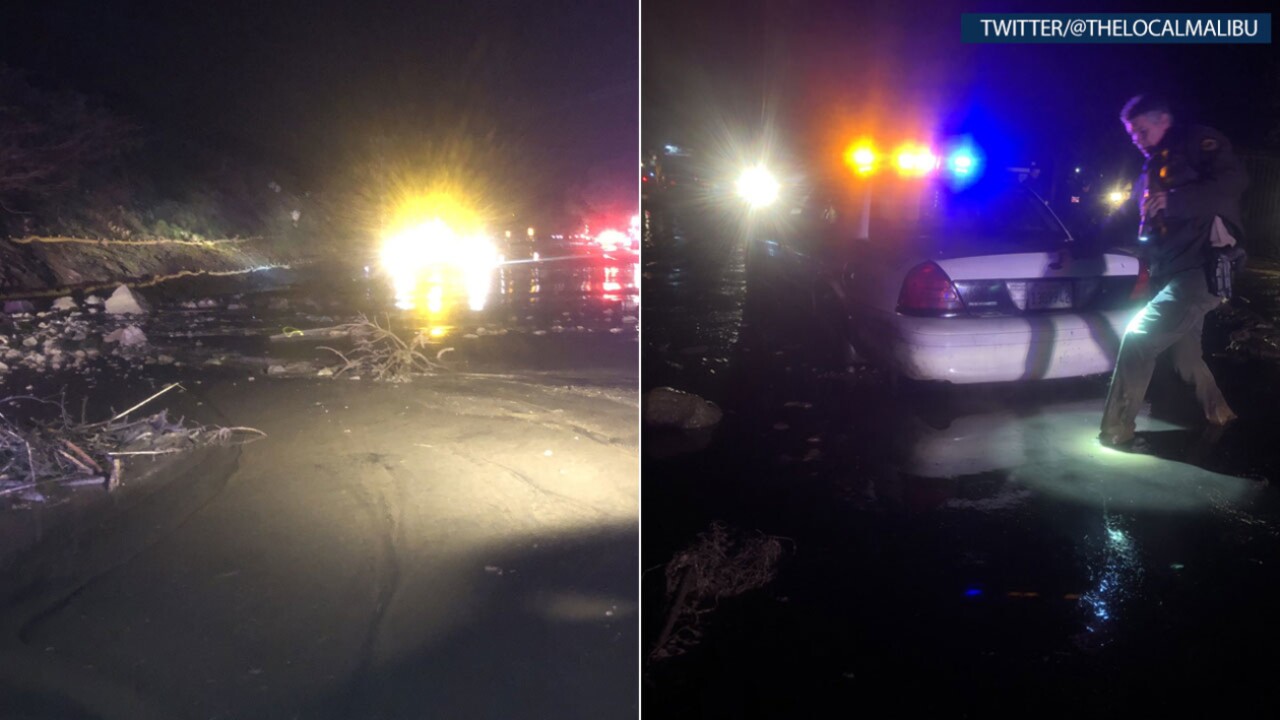 MALIBU, Calif. (KABC) — Mudslides and flooding shut down both directions of the Pacific Coast Highway in Malibu near the Los Angeles and Ventura County line Saturday night.

A mudslide happened around 7 p.m. near Las Posas Road, causing vehicles to get stuck in the mud and water. It was unclear how many vehicles were stuck.

Then about half a mile north of Neptune's Net, heavy flooding was reported. Another area that experienced a mudslide was in Encinal Canyon.

No injuries were reported.

Caltrans tweeted that the highway would be closed until Sunday while crews worked to clean up the mess.

Flash flood warnings were in effect for all areas affected by the Woolsey Fire in Ventura and Los Angeles counties.

About an inch of rain was expected to fall in many parts of the Southland as a storm system moved through the region Saturday night.