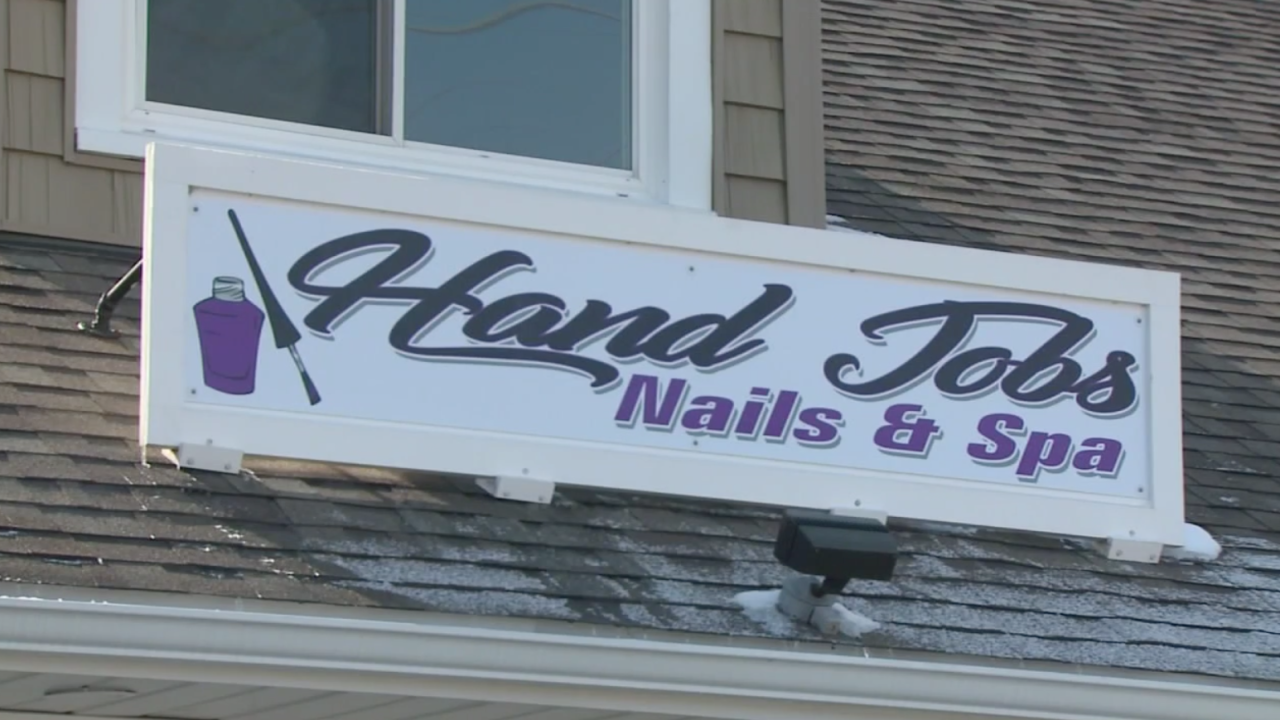 Moon named her shop "Hand Jobs Salon," saying she was struggling to come up with something that people could remember or wouldn't have trouble pronouncing.

But the name isn't sitting well with everyone.

Perkins Township Zoning Director Megan Shurland says there have been some complaints.

She adds that signs should not be indecent or obscene in nature.

"We have no stance on it other than we have to take into consideration the entire feel and community of Perkins Township," Shurland said.

The township is reviewing the name. It's expected to decide whether the sign meets zoning restrictions by the end of the week.

Moon says she plans to fight any name change.