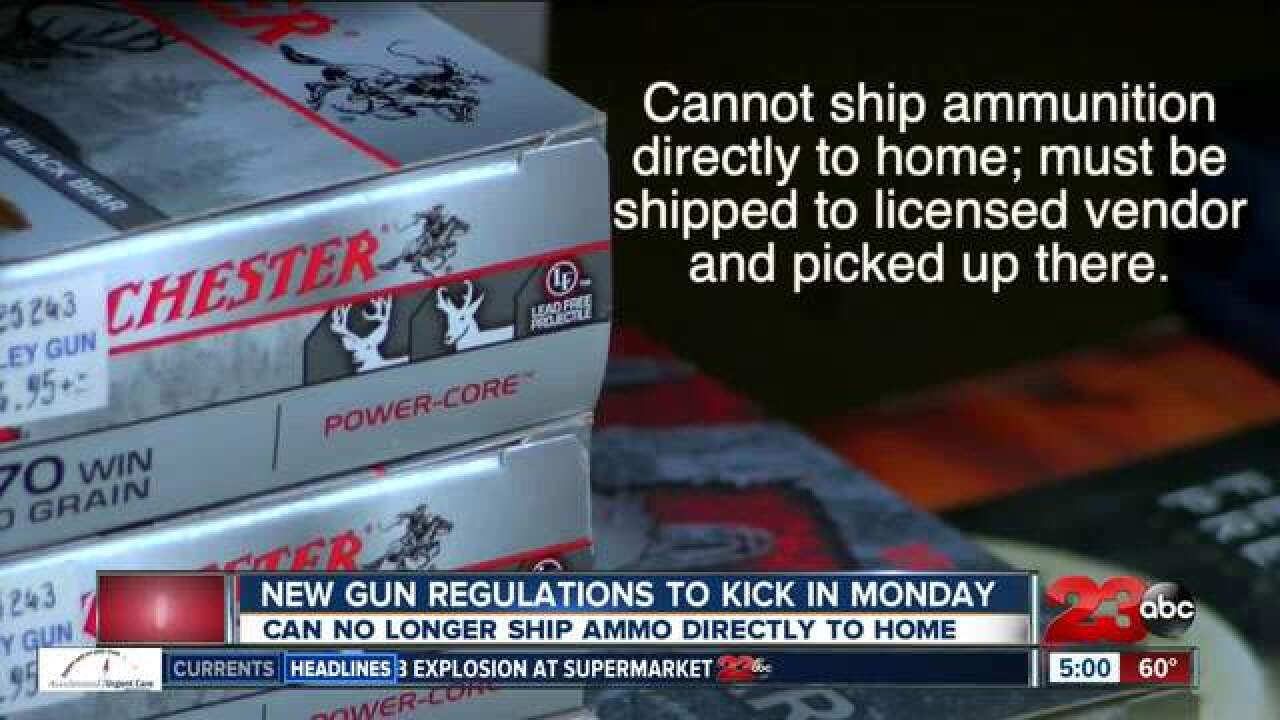 One of the most impactful laws will require gun owners to pick up ammunition at a licensed vendor instead of having it delivered to their home. Previously, you could order online and have it shipped to your home, but you'll now have to have it shipped to a vendor and pick it up there.

Some other changes: gun stores will now have to require a Department of Justice certificate of eligibility (complete with a background check) from any employee handling ammunition, and anyone convicted of a firearm-prohibiting crime will have to provide proof they sold or transferred their firearms within a specified amount of time.

Although there is nothing new happening with assault rifles on January 1, store owners and gun owners are still working to comply with state law.

According to Penal Code section 12276, a rifle (such as an AR-15) that does not have a "fixed" magazine AND has a pistol grip, a thumbhole stock, a folding or telescoping stock, a grenade or flare launcher, a flash suppressor or a forward pistol grip is categorized as an assault rifle and can no longer be sold. In order for a rifle like an AR-15 to be sold, it has to have a fixed magazine (one that cannot be ejected with a single click) or it has to be featureless, without any of the above additions.

Still to come: anyone buying ammunition will have to go through a background check, but that doesn't take affect until 2019.