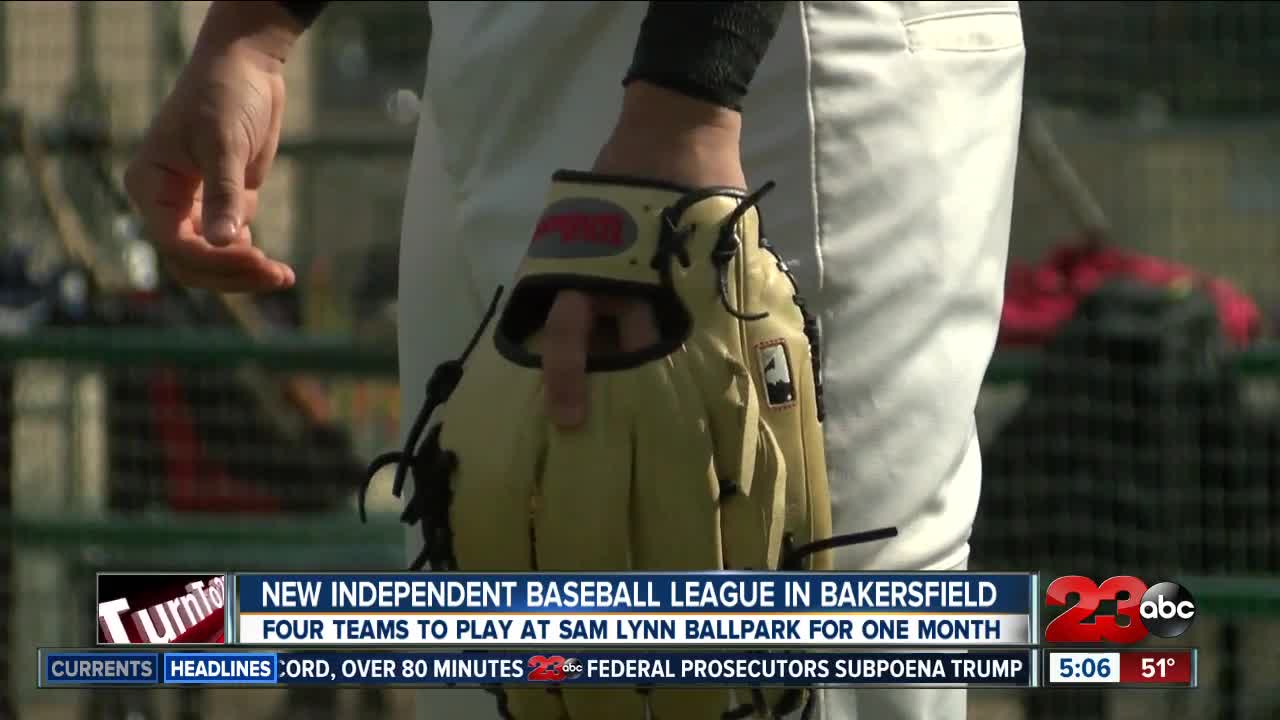 The Western League will be four teams for four weeks of games playing at Sam Lynn Ballpark.

BAKERSFIELD, Calif. — There is a new independent baseball league coming to Bakersfield. The Western League will have their first game at Sam Lynn Ballpark on February 7.

The league will have four teams that play over the span of four weeks, totaling between 12 and 15 games for the season. Organizers say they will bring scouts out to hopefully tap some of the players to other independent leagues or the minors.

The players are from all around the country. One player, Taylor Zeutenhorst, played with the Bakersfield Blaze for a short period in 2016. He said after two seasons in the minor leagues and four years of independent leagues, he's not giving up on his dream of playing baseball.

"It's just what I love to do so I don't want to sit in an office yet or be a coach yet," said Zeutenhorst.

Two other hopefuls don't have quite the resume but have a similar passion. Twins Jacob and Jordan Rodriguez came to Bakersfield from their home state of New York to join the league and hopefully jump start their pro careers.

These men are among the more than 50 players who will be taking the field at Sam Lynn Ballpark for the next month. Many of them are also looking for host families to give them a rood over their heads for the four weeks they'll be playing.