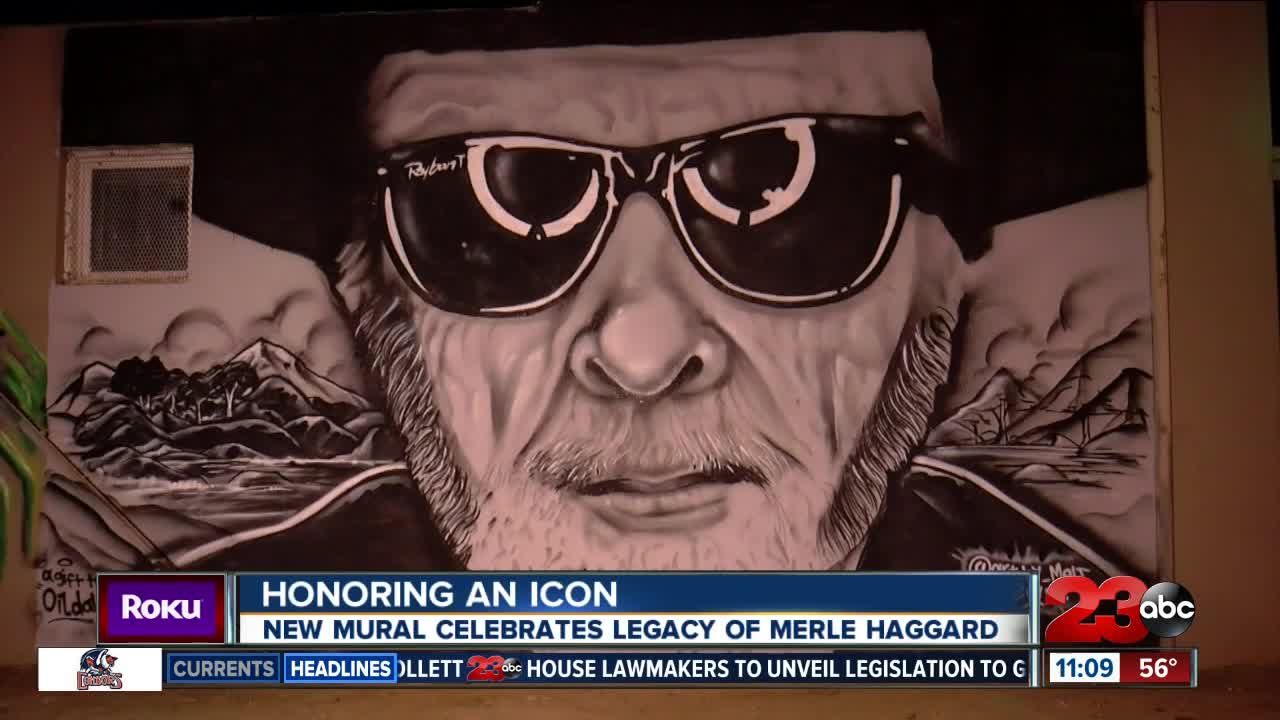 Chavez is a local tattoo artist and began this mural after the owner of Ramos Tires asked him to paint the side of his building. He says he chose Merle Haggard in honor of the late country singer’s birthday and anniversary of his passing on April 6.

“I think that we shouldn't forget about Merle Haggard. He’s a big part of the Bakersfield sound, as far as country music,” Chavez said. “I think that he’s a very special person. The kids get to see him and ask their parents who he is. That way, his name will live on and he’ll never be forgotten. He’s a part of us, a part of Bakersfield."

Danny Chavez has been making art is whole life and plans to complete more murals around town.

Chavez has done all of the art for this mural himself, but he hasn’t been alone—every night night community members have stopped by and shown their support as he gives back to Oildale, one mural at a time.

Chavez says that he hopes his art stirs up Bakersfield pride in those who see it.