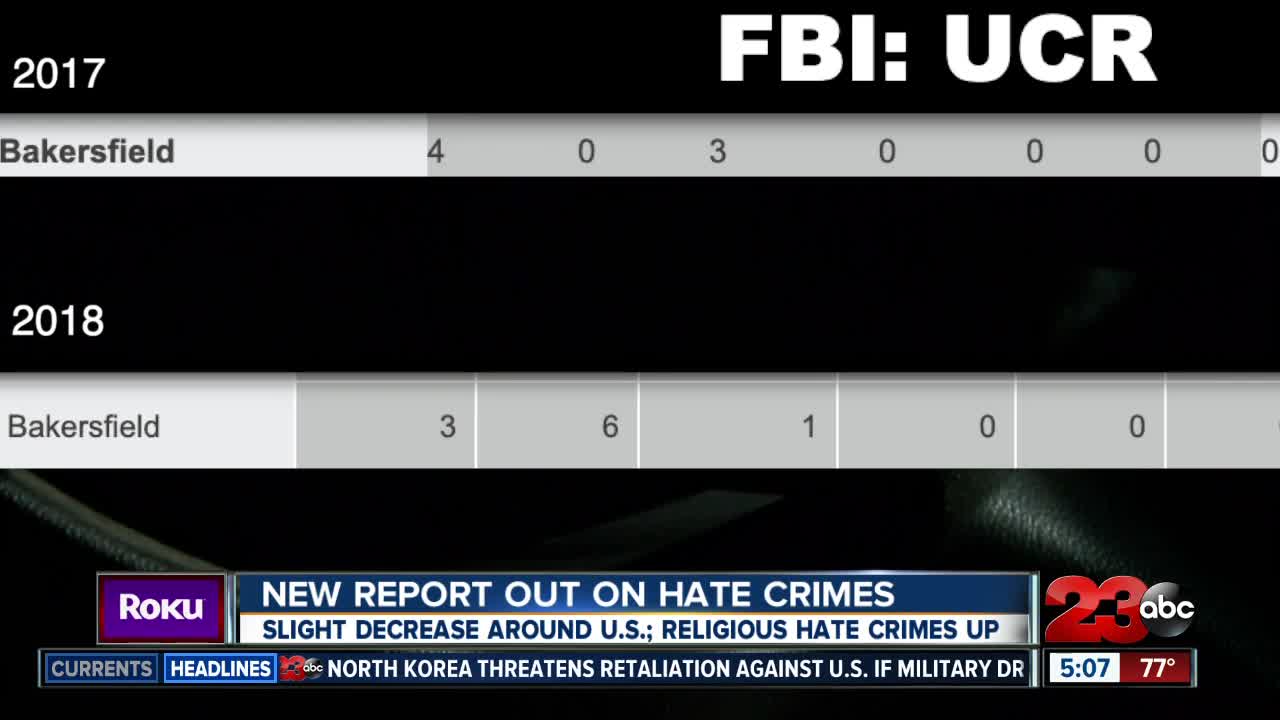 BAKERSFIELD, Calif. — According to the FBI from 2017 to 2018 reported hate crimes have decreased in the U.S. but their data also shows that religious hate crimes are rising in Bakersfield.

So I spoke to one man about the religious hate crime he said he experienced right outside of the Habit Burger Grill three years ago and how his story showcases the changes that still need to happen here in Bakersfield.

"I should kill you ...you know I am going to kill you right now," Sikh community member, Balmeet Singh said.

Those five words, shaped a life memory of trauma.

"I was at a Habit Burger and you know I was walking outside and a man approached me and said threatening things to me like go back to your country you know you're trying to blow up this country," Singh said.

Singh, who is a member of the Bakersfield Sikh community said back in September of 2016, he was a victim of a religious hate crime right outside of the Habit Burger Grill on California Avenue.

"We have a large minority population and we also have a very real and dangerous history with racism here," Singh said.
Even though the FBI's latest data from 2017 and 2018 shows that hate crime reports are decreasing slightly in the U.S.

In Bakersfield data shows hate crimes related religion have increased from zero reports to six in one year.

However, Singh said that data is not representing the reality of the current climate he lives in.

"There are many who are unaware of how to access and navigate law enforcement of how to outreach and why it's important to report what happened," Singh said.

Singh said many members of the Sikh community stay silent because of frustrations surrounding reporting process requirements and the language barrier between them and law enforcement officials.

Bakersfield police said anyone can call 9-1-1 and ask for language services for assistance, but Singh said fear is also part of why voices like his are kept quiet.

"You know if I share something will I become a greater target, will my family become a target," Singh said.

Of the 10 hate crimes that the Bakersfield Police Department documented in 2018, six of those were related to religion based off the FBI's report.

As our cameras were rolling these two men decided to drive by and shout religious slurs out at Singh.

"It is reality today and I don't know what more I can share," Singh said.

On the positive side the federal report shows hate crimes related to race, ethnicity, ancestry and sexual orientation have decreased in Bakersfield overall.

However, Singh said his story represents the changes that still need to happen in Kern County.

"Please don't be a bystander, please if you see something happening say it, report it," Singh said.