New state law will ban schools from suspending students for falling asleep in class, talking back 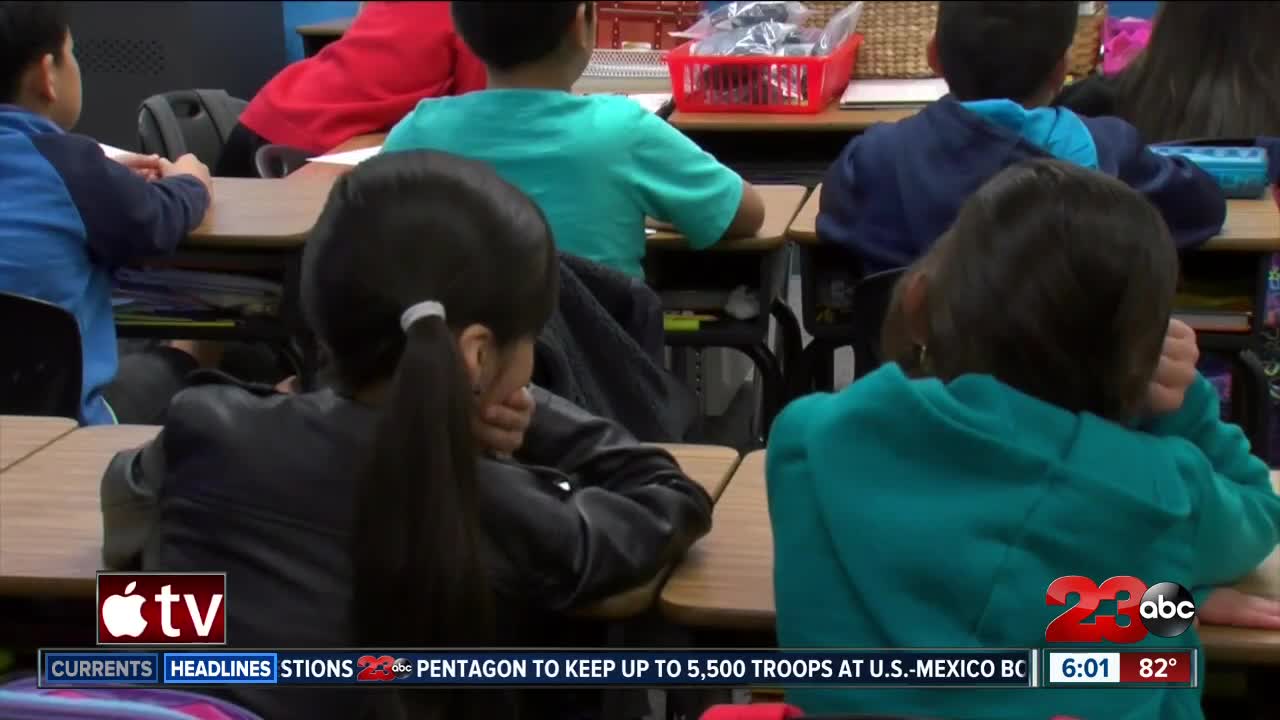 BAKERSFIELD,Calif. — Governor Newsom signed Senate Bill 419 o n Monday into law that will affect how schools discipline students and when they can suspend or expel them.

This new law focuses on fourth and fifth graders and stops schools from suspending them for what the bill calls minor behavior issues such as talking back or falling asleep in class.

Instead, the school will have to implement other alternatives.

Allee Lemay, mom and substitute teacher says she is in support of Senate Bill 419.

"Expelling students is extreme but some extreme situations call for an extreme measure," said Lemay. "Generally speaking, I don’t think to expel students is going to help the situation."

The law would “prohibit indefinitely the suspension or expulsion of a student enrolled in a school district or charter school grades fourth and fifth for willfully defying authority.”

The minor misbehaviors include actions such as refusing to take off a hat, talking back, or falling asleep in class.

Cecilia Castro, from the Dolores Huerta Foundation, says they partner with organizations statewide and are fighting ,"the push out against students of color called the Fix School Discipline coalition."

She says they assisted in getting this legislation passed.

"Data can show that Black students and Latino students sometimes have four times higher suspension rates than their white peers," said Castro. "This will really protect students and make sure they stay in school and that we removed punitive practices and shift to a positive school climate."

The current existing law prohibits the suspension of a student enrolled in kindergarten through third grade showing "willful defiance".

Now, this new bill will include the fourth and fifth graders.

It also will prohibit grades sixth through eighth from being suspended.

According to the bill analysis, “research and data confirm that Black students, other students of color, students with disabilities, and LGBTQ students are disproportionately suspended for low- level subjective offenses, such as defiance or disruption."

Not all are in agreement with the new law, some say it's taking away necessary authority from individuals in the school system.

"No, I think it should be left up to the teachers and the school district," said Lori Pflugh, a retired school teacher. "I don’t think coming from the governor is going to make it any different. He is not in the trenches he is not there in the classroom."

The Kern County Superintendents Office released this statement regarding the new law.

“The most productive place a student can be during the day is at school learning. As educators, it is our obligation to ensure there are appropriate interventions and supports in place for all students.”