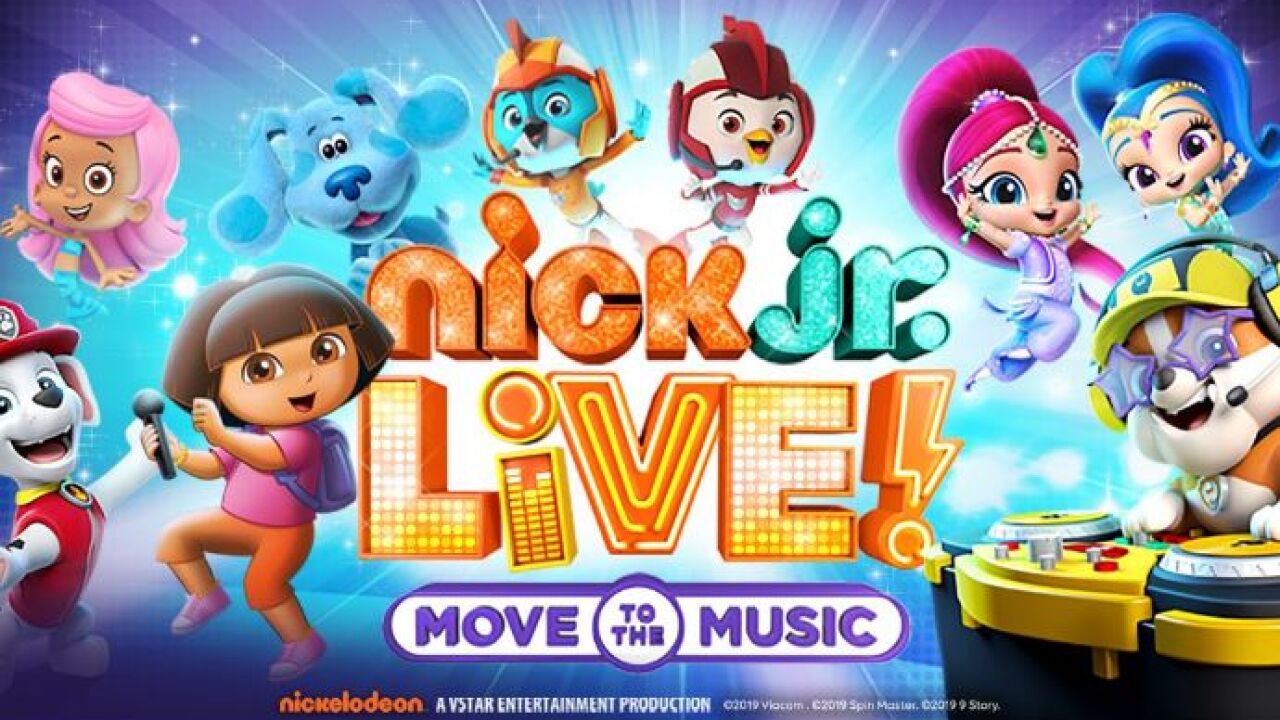 BAKERSFIELD, Calif. — All of your child's favorite Nick Jr. characters will be dancing into Rabobank Arena this fall.

The Nick Jr. Live! "Move to the Music" tour will be making a stop in Bakersfield and bringing all of their popular characters with them, including Paw Patrol, Dora the Explorer, and Blue's Clues.

The show will be held at Rabobank Arena on Tuesday, October 1 and Wednesday, October 2. Tickets go on-sale on March 15 ar 10 a.m.