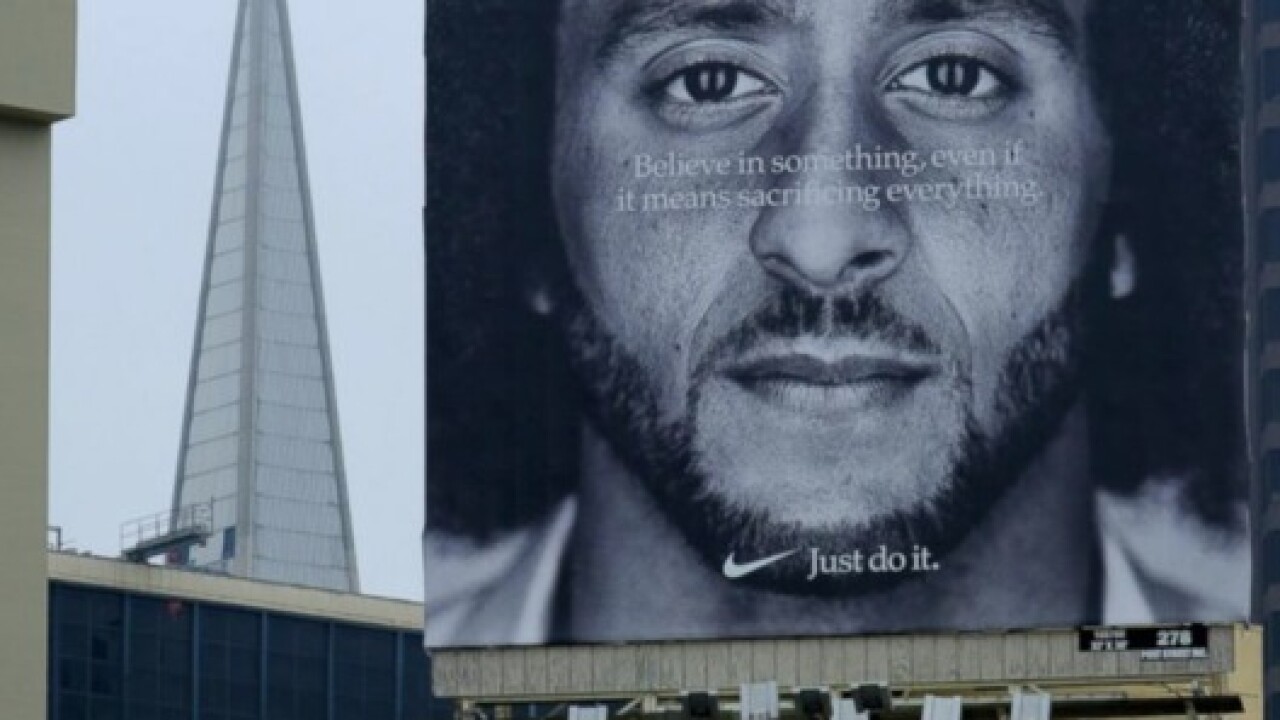 A day after Nike's release of the their 30th 'Just Do It' campaign featuring Colin Kaepernick, the company released a new commercial with Kaepernick as the narrator.

Partnership between Nike and Kaepernick prompted boycott threats as well as criticism from President Donald Trump.

Kaepernick was the first NFL player to take a knee during the national anthem in protest of racial injustice and systematic discrimination.

Nike placed a billboard featuring Kaepernick on top of the company's flagship off Union Square in San Francisco. Company stock rebounded Wednesday after taking a hit following the announcement of the campaign.