No arrests made at DUI checkpoint on St. Patrick's weekend 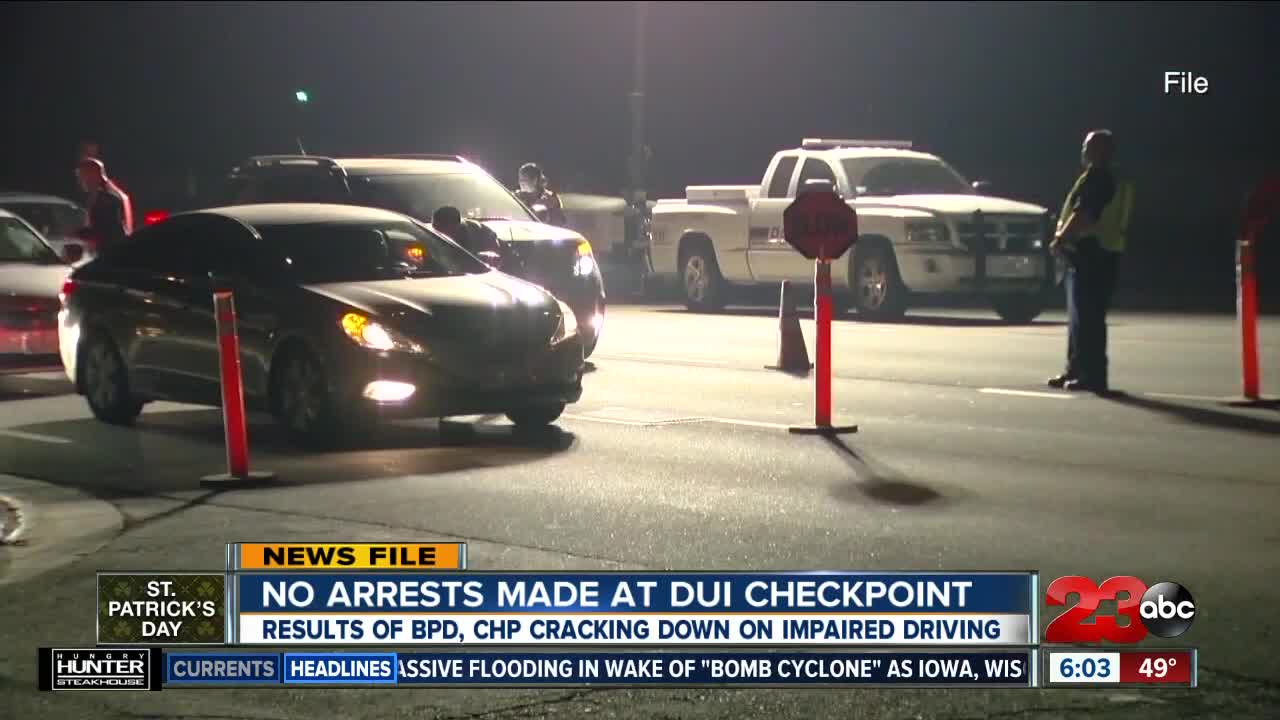 BAKERSFIELD, Calif. — The Bakersfield Police Department as well as the California Highway Patrol were out in full force overnight cracking down on impaired drivers.

The DUI checkpoint was held on Saturday evening through Sunday morning on Truxtun Avenue near Highway 99. Over 1,700 vehicles were screened. Five drivers were detained for further evaluation, but BDP made no arrests for drinking and driving.

BPD also wants to remind everyone that a DUI doesn't just mean drinking. Last year, according to CHP, one person was killed and 48 others were injured in DUI crashes during St. Patrick's Day.